Olympic hopeful Aori Nishimura added another gold medal for Japan at the X Games in Minneapolis after posting the best run in the women's skateboard street contest on Sunday.

Nishimura scored 92.00 for a run that featured a massive gap-to-lip slide, edging compatriot Momiji Nishiya, the second youngest in the field at age 11, into second place with 90.00. 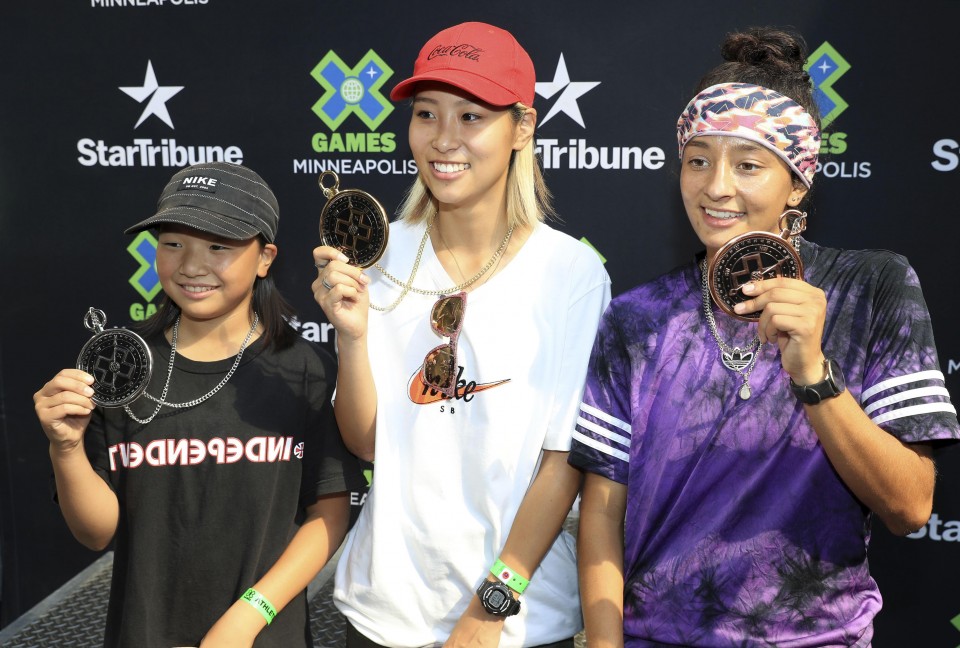 ((From L) Momiji Nishiya of Japan, Aori Nishimura of Japan and Mariah Duran of Brazil.)
[Getty/Kyodo]

"I'm so happy. I want to keep this up and do my best," the 18-year-old Nishimura said after claiming her fourth X Games medal and second gold.

Nishimura, currently fifth in the women's street Olympic rankings, took silver at the X Games in Minneapolis last year and gold in 2017. 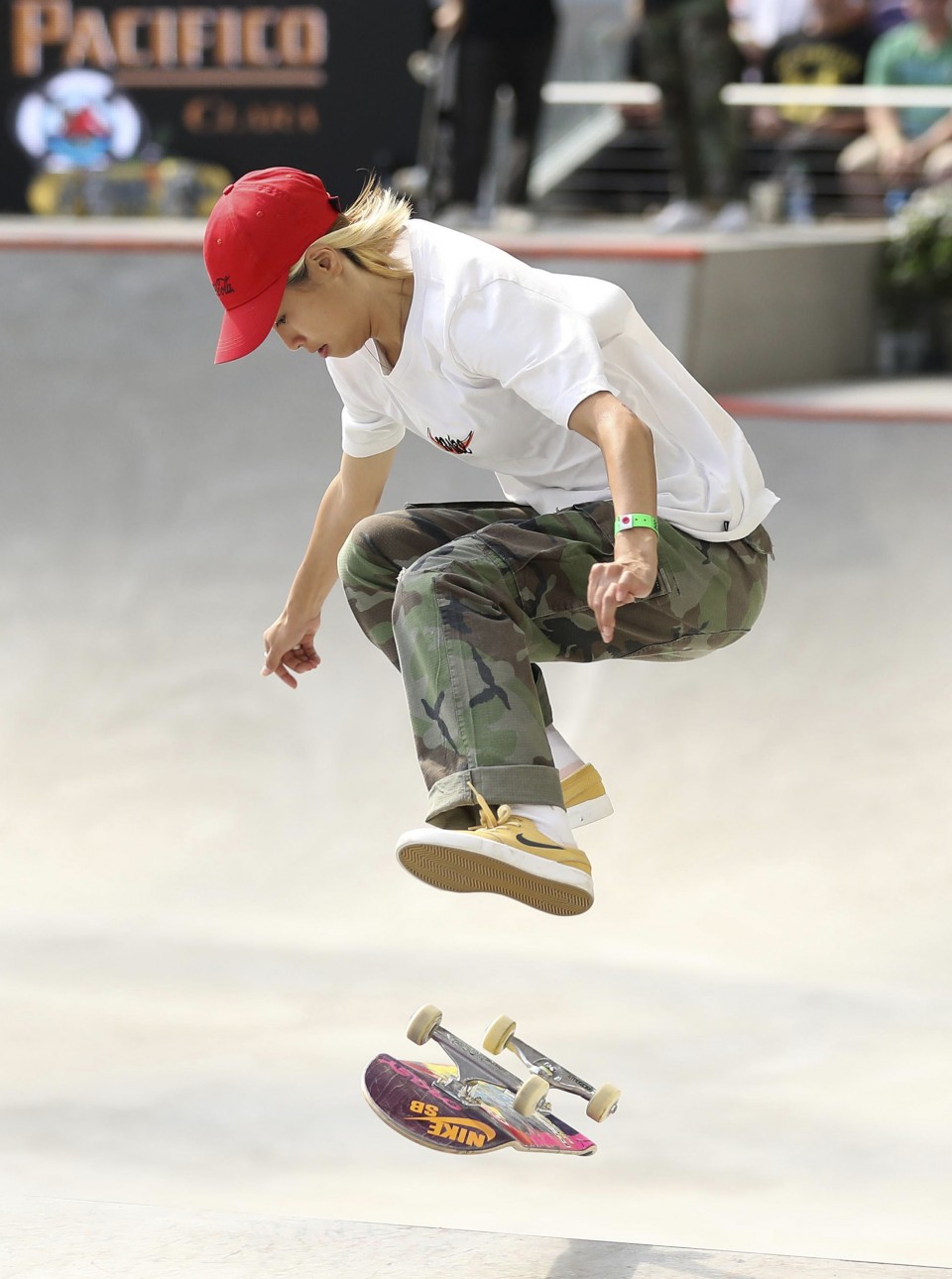 The X Games does not count towards Olympic qualification for the inaugural skateboarding events at the 2020 Tokyo Games.

Horigome landed the second-best men's street trick on Sunday following his win in the men's street event on Saturday.