The temperature near the new National Stadium located in central Tokyo, where the Olympic marathon will start and finish, hit 30 C (86 F) at 6 a.m. on Friday, Japan-based weather service provider Weathernews said.

With exactly one year to go until the 2020 Olympic women's marathon, which starts at 6 a.m., the Weathernews team measured the temperature along the route, stopping their vehicle every 5 kilometers to take readings.

In addition to the sweltering heat, they also measured humidity levels of more than 70 percent as of 6 a.m. 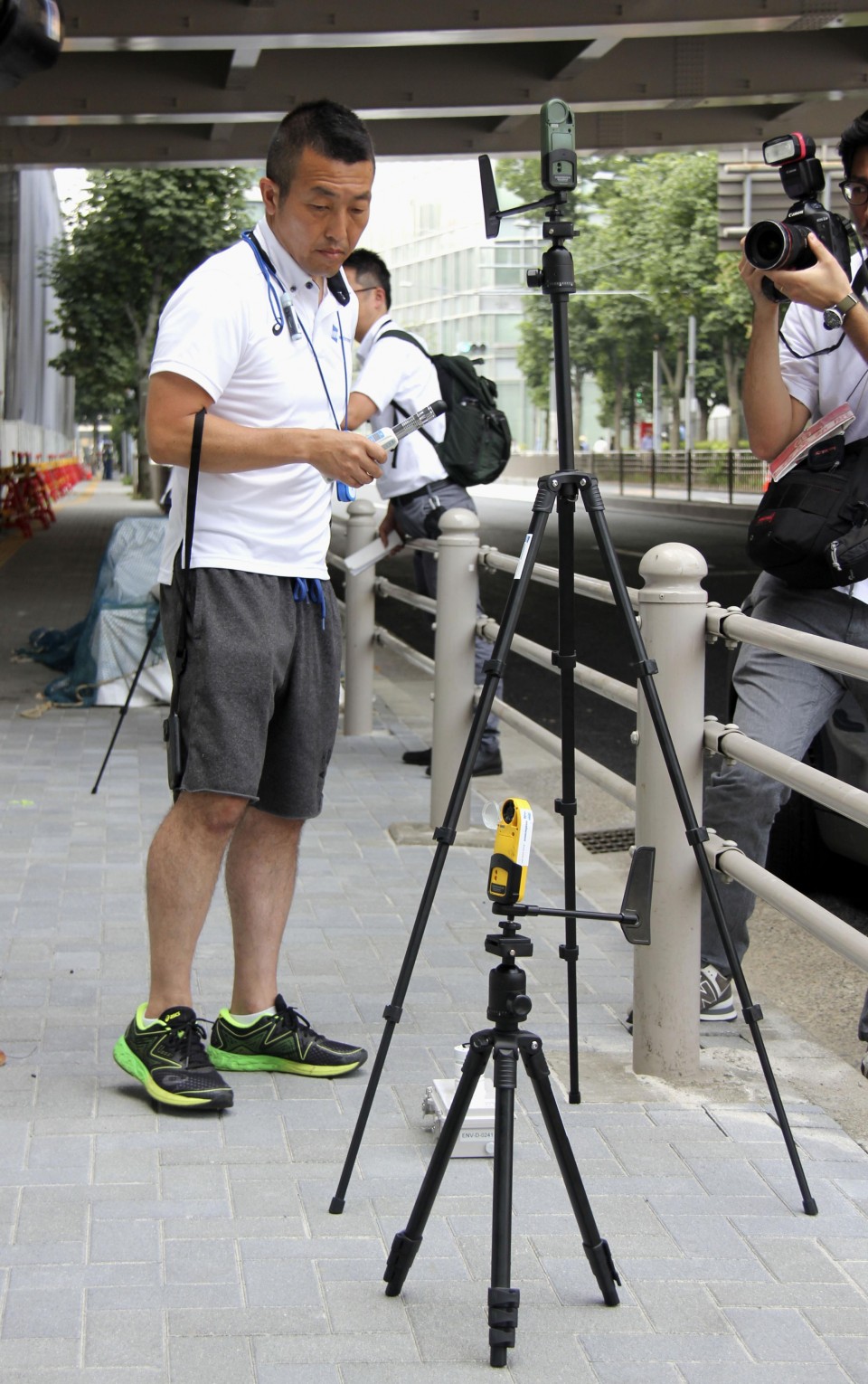 "There were some thin clouds. Once you're exposed to direct sunlight the temperature will feel different," said Kazuo Asada, who runs the sports meteorology team at Weathernews and is also a member of the science committee at the Japan Association of Athletics Federations.

The statistical data they collected will be used to plan measures to safeguard runners against heat-related illnesses.

Originally, the start time was set for 7:30, which was then revised to 7 a.m. before it was moved again to counter the possible health risks to athletes, spectators and workers. 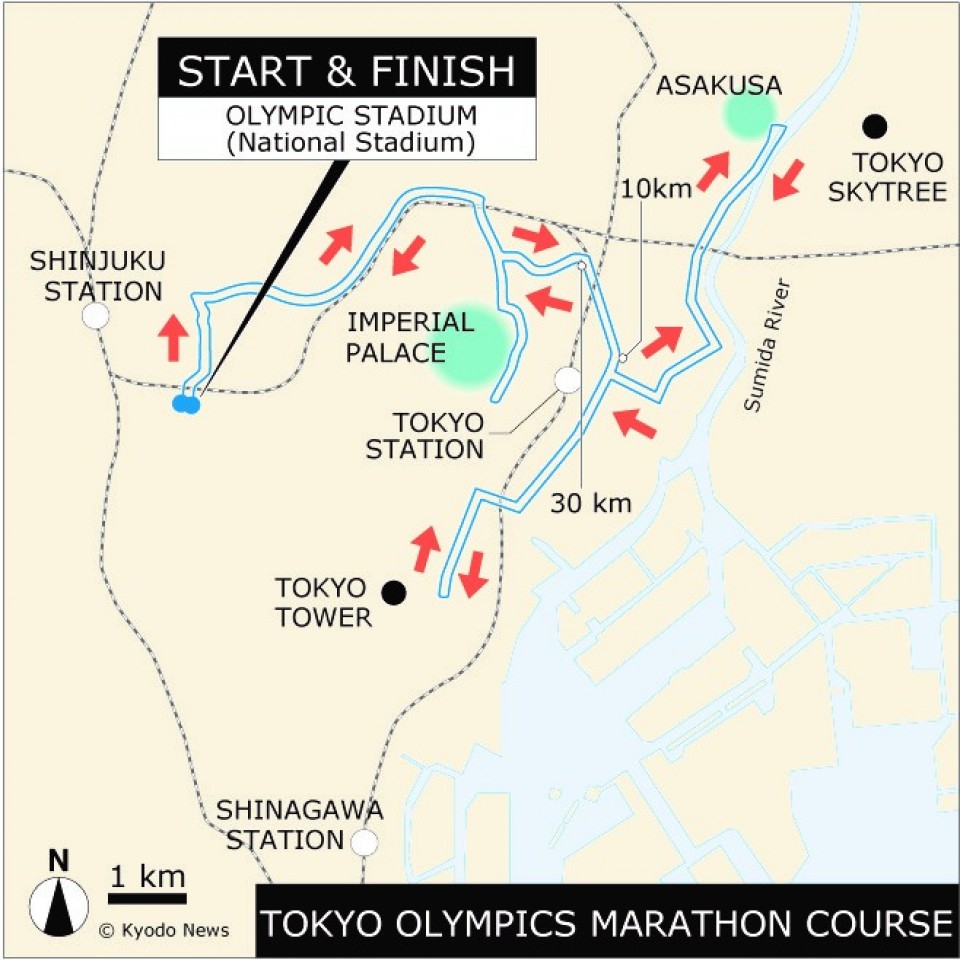 The Environment Ministry has also been collecting data every summer since 2017 on the temperatures, humidity levels and amount of direct sunlight in the vicinity of competition venues -- factors that are used to determine the Wet Bulb Globe Temperature, a heat stress index.

The ministry's study showed that areas near the new National Stadium, the summer games' main venue, reached 31 degrees or above on the WBGT scale on 12 of the 17 days between July 24 to Aug. 9 last year, the same period during which the Olympics will be held in 2020.

According to the ministry's WBCT guideline, a WBGT of 31 degrees or above is considered a level of danger and all sports activities should in principle be halted.

As part of measures to tackle the expected heat, the Tokyo metropolitan government has been installing special coatings over 136 kilometers of roads in the city's center, including along the marathon course, with material that suppresses temperature rises by as much as 8 C.

It is also shaping roadside trees to provide more shade during the games.

Meanwhile, the Olympic organizers are set to provide information about weather conditions and safety precautions through its official mobile app. They are also considering allowing spectators to take their own bottled drinks and parasols into event venues.

Olympics: Spectators may be allowed to bring own drinks to beat heat