Multiple mass demonstrations rocked Hong Kong again on Sunday over a now-suspended extradition bill, with police firing a barrage of tear gas at protesters as public unrest stretched into a 10th weekend.

More than 1,000 people marched without police approval in Hong Kong Island following an approved rally at Victoria Park in Causeway Bay, where people reiterated their demands for the government and criticized police violence against protesters. 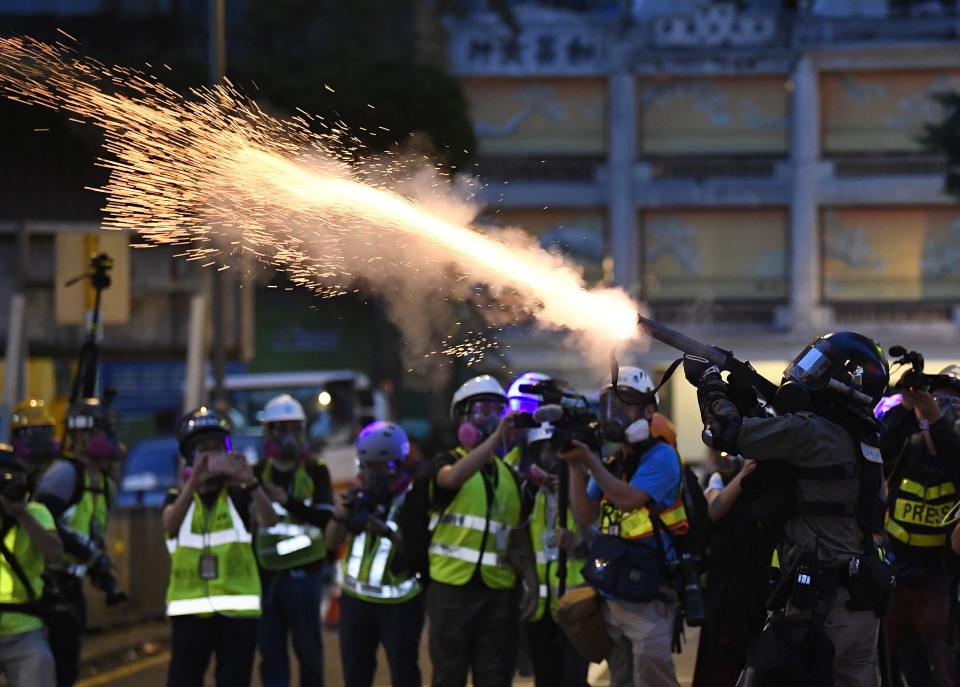 "The government is disappointing. (Chief Executive) Carrie Lam has not a bit of conscience left in her. She is not likely to listen to us," said a 60-year-old housewife surnamed Au.

"It's worrying that Hong Kong is endorsing policies similar to those in mainland China. But I will carry on, as long as I can still breathe, I will fight on for our next generation," Au said.

In the evening, many protesters who marched in Causeway Bay gathered in nearby Wan Chai, one block away from a local police headquarters. Police fired rounds of tear gas to disperse them.

Across the harbor in Kowloon, hundreds of protesters gathered in the afternoon at a playground for a rally banned by police in the working-class district of Sham Shui Po, vowing to continue protesting until the government heeds their calls. 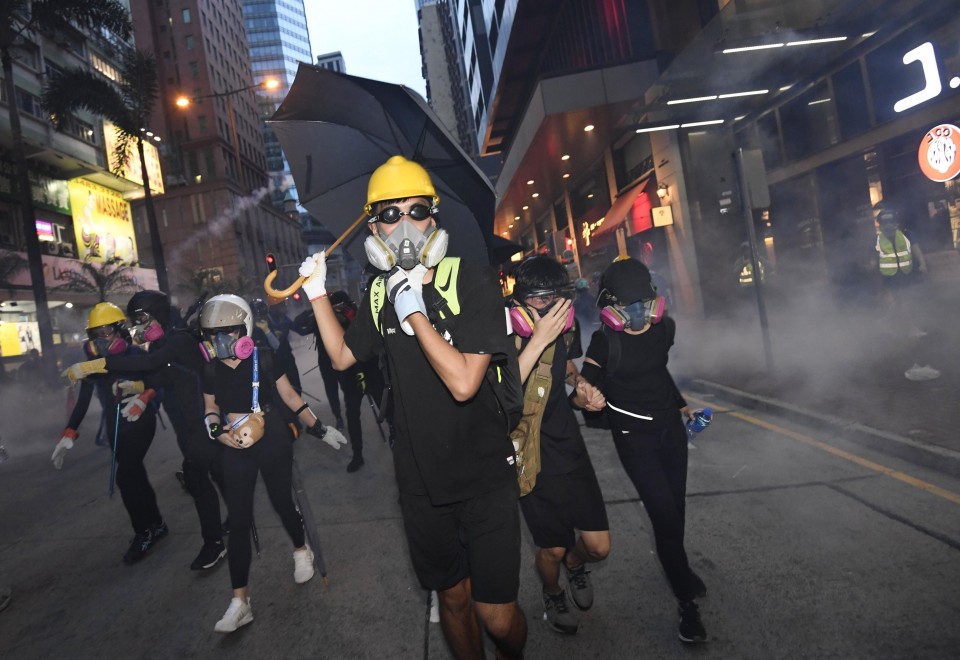 Some later took to the streets, leading to a confrontation with police at a nearby police station, with volleys of tear gas being fired.

Hundreds of other protesters who gathered at a police station in the tourist hotspot Tsim Sha Tsui were also dispersed by police with tear gas. At least one woman protester suffered a serious injury to her face. The cause of the injury was not immediately known.

Organized by pro-Beijing groups, hundreds of mainlanders, mainly from south China's Fujian Province, have entered Hong Kong over the last few days in a plot to attack protesters identified as independence advocates, local media have reported.

Police have been notified about possible clashes but they also said manpower could be stretched thin due to mass protests elsewhere.

By nightfall in North Point in Hong Kong Island, a man was reportedly attacked and sent to hospital for treatment, according to local media reports. One of the alleged attackers also chased after reporters filming at the scene and attacked one reporter, the reports said. 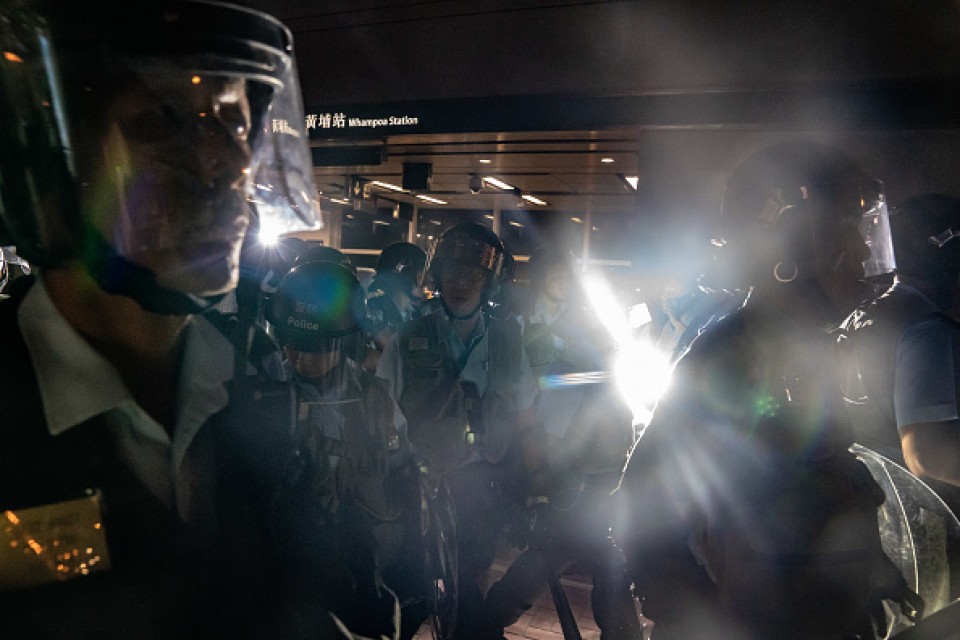 Meanwhile, at Hong Kong's international airport on Lantau Island, over 1,000 people continued a peaceful sit-in at the airport's arrivals hall that began Friday. Local media reported that flights were not affected.

Millions of people have taken to the streets since June in protest against the controversial bill, which would allow fugitive transfers to jurisdictions with which the Hong Kong government has no extradition arrangements, including mainland China. 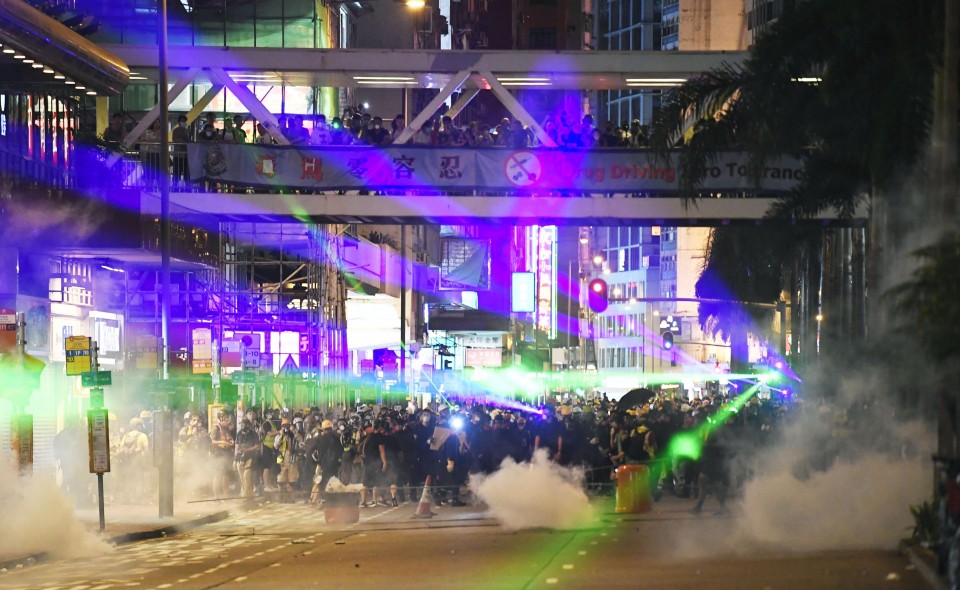 Facing widespread popular opposition, Lam moved to suspend the bill's legislative process and later declared it "dead" in a bid to quell public anger. However, the protests have continued to draw large crowds.

Some of the protests have turned violent and resulted in clashes between police officers and protesters, with one side resorting to tear gas, rubber bullets and other projectiles, and the other side countering it by throwing bricks, bamboo sticks and gasoline bombs.

So far, some 600 people have been arrested for offenses including rioting, unlawful assembly, assaulting police and possessing weapons, according to the police.

Apart from criticizing police's excessive use of force during several past clashes, the protesters also blamed police for responding slowly to an attack by triad-linked assailants at a subway station last month.