A small eruption was observed Wednesday on Mt. Asama in eastern Japan, prompting the volcanic alert level to be raised from 1 to 3 on a scale that goes up to 5, while there were no immediate reports of injuries, the weather agency and local authorities said.

The eruption occurred at 10:08 p.m. near the crater of the 2,568-meter-high volcano, with smoke reaching about 1,800 meters above the mountain, according to the Japan Meteorological Agency. The elevated alert level means people should not approach the mountain. 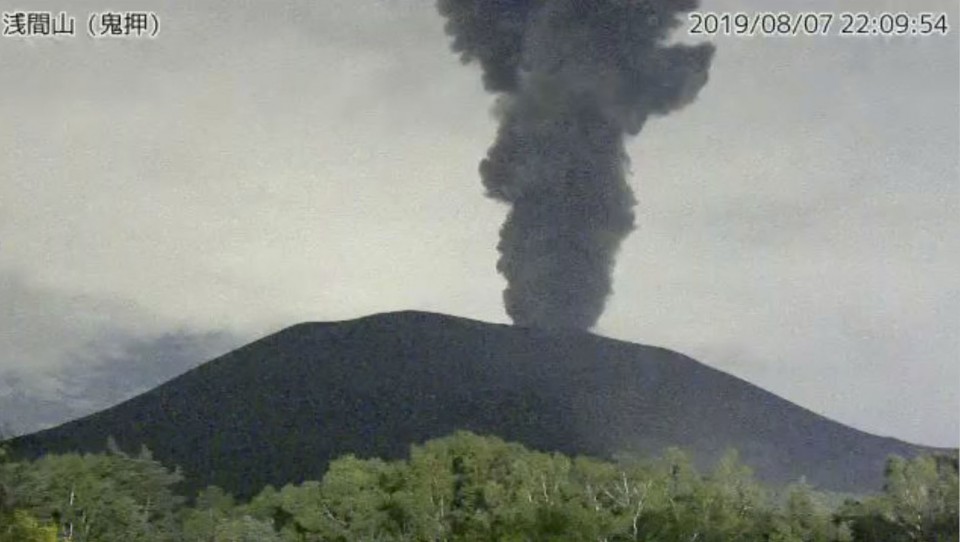 The agency warned of possible flying rocks and pyroclastic flows within about a 4-km radius of the crater.

At a press conference early Thursday, the agency said no pyroclastic flows had occurred in the latest eruption, while urging people to stay out of harm's way by following instructions from local authorities.

The agency said the volcano spewed ash deposits as far as 200 meters from the crater, which is situated on the border between Gunma and Nagano Prefectures. The eruption lasted about 20 minutes. 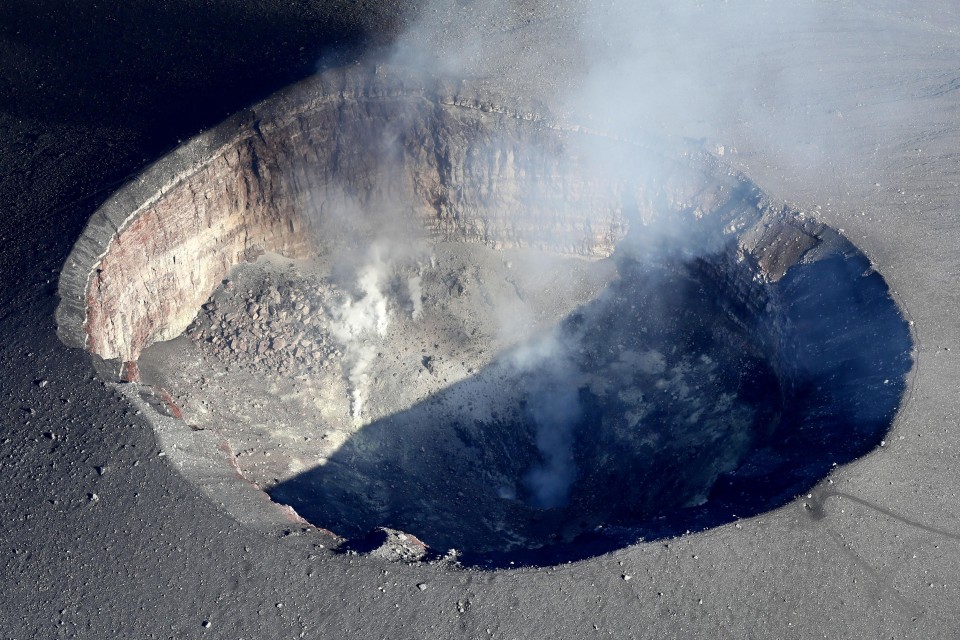 Gunma's Naganohara town office advised 28 people at a campsite at the foot of the mountain to evacuate. The site is located within the 4-km radius.

The town of Karuizawa in Nagano closed the starting points of two trails up Mt. Asama, located about 140 kilometers northwest of Tokyo.

Volcanic ash could fall on the three prefectures of Gunma, Nagano and Niigata, according to the agency.

The government set up a liaison unit at the crisis management center of the prime minister's office after the eruption.

In June 2015, Mt. Asama experienced a small-scale eruption and the agency lowered the alert level from 2 to 1 in August last year.

The following is a volcanic activity alert issued by the Japan Meteorological Agency. 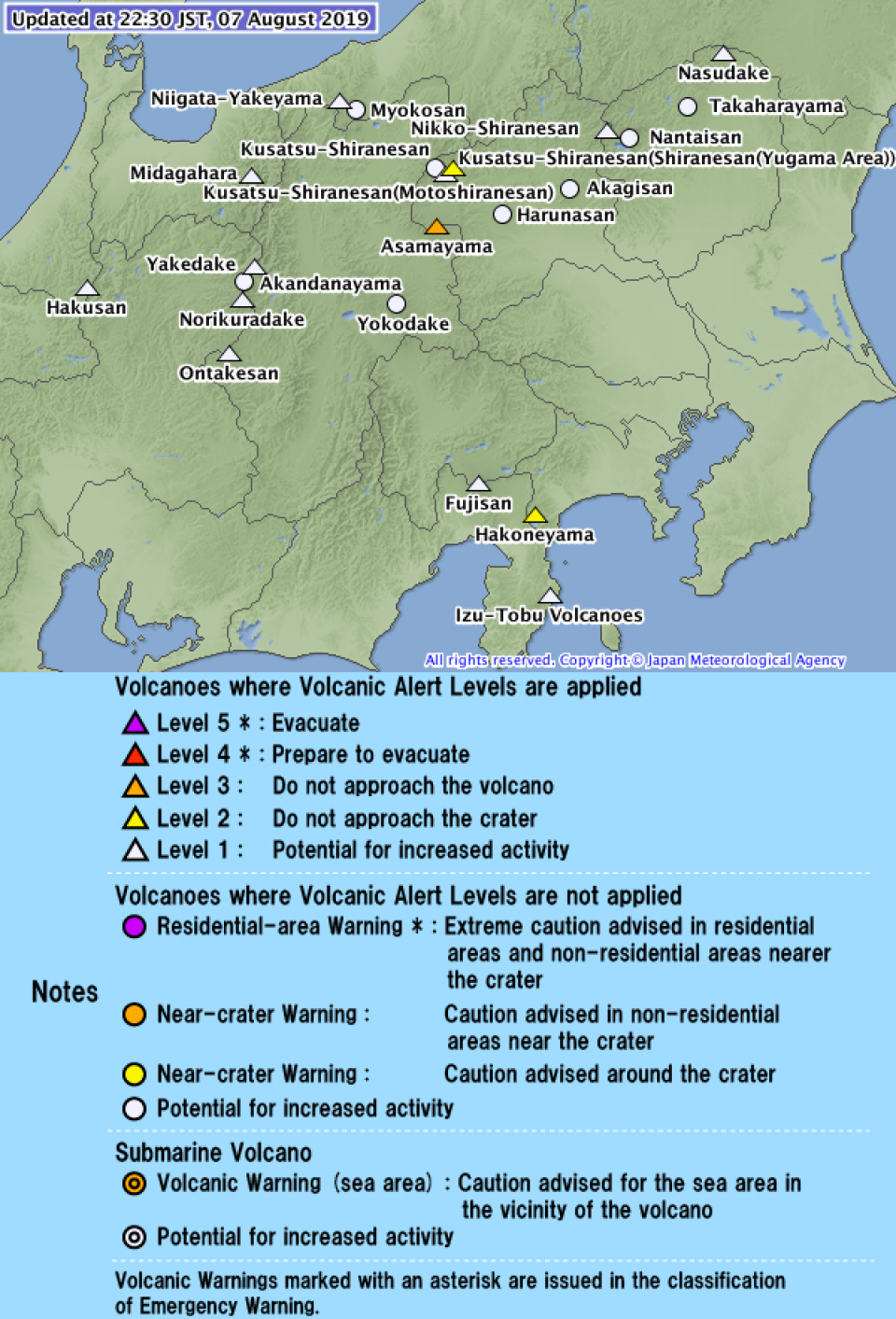