Riseisha High School claimed its maiden title at Japan's National High School Baseball Championship on Thursday, coming from behind in an action-filled final against Seiryo, 5-3.

Competing in its first finals, the hard-hitting Riseisha lineup broke a 3-3, eighth-inning tie to lead the Osaka Prefecture school to victory at Koshien Stadium in the historic tournament.

Seiryo High School from Ishikawa Prefecture was also gunning for its maiden championship after finishing runner-up in 1995. The team rallied in the bottom of the seventh to tie it.

Riseisha captain Minon Noguchi singled in the go-ahead run against starter Yasunobu Okugawa in the top of the eighth with a runner on third following a double and a sacrifice. 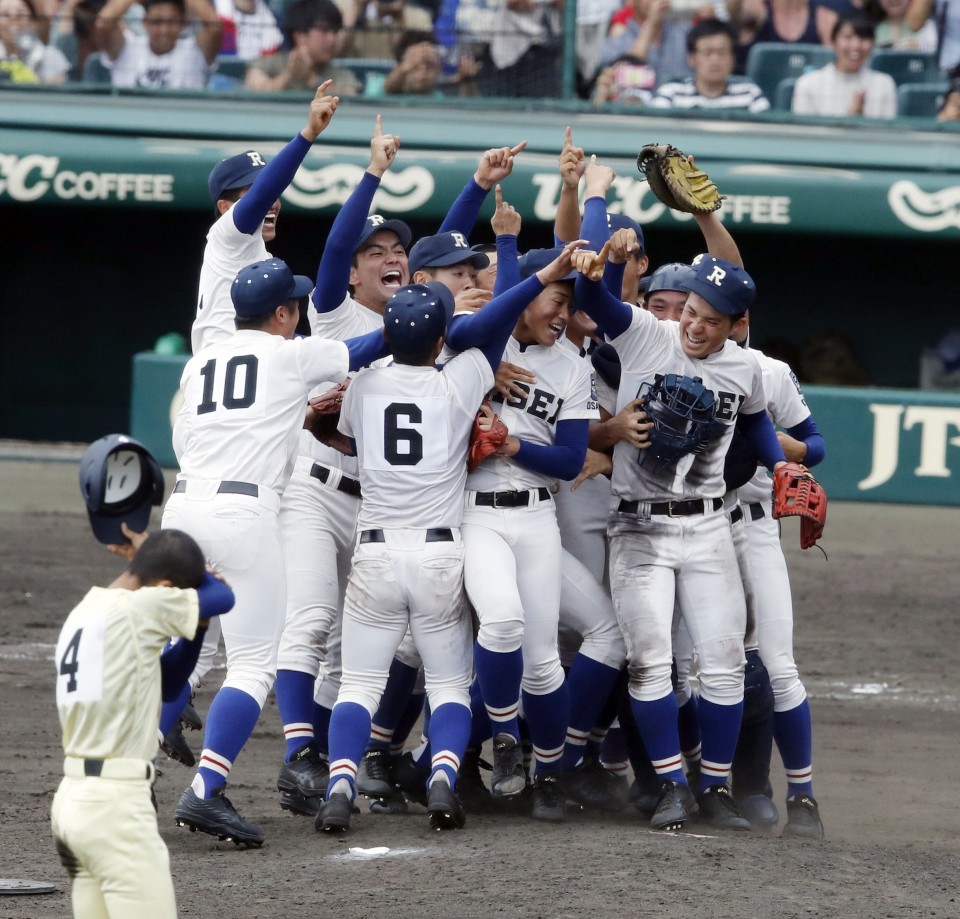 "As a team, we've been gunning to become the No. 1 school in Japan. I'm really glad we accomplished that," Noguchi said.

Okugawa, one of the prominent faces of this year's tournament, struggled with his control. He surrendered Seiryo's one-run lead in the third. He allowed a three-run homer to Kota Inoue after issuing back-to-back walks.

Okugawa came into the final without surrendering an earned run over 32-1/3 innings at Koshien. He also pitched a complete game shutout against Riseisha in the first round of this year's spring invitational at Koshien by striking out 17 to lead Seiryo to a 3-0 win.