An 11-year-old skateboarding sensation with roots in Japan and Britain has her wheels pointed at loftier goals than purely being a part of history when the sport makes its Olympic debut at the 2020 Tokyo Games.

Sky Brown, who has an English father and Japanese mother, joined Great Britain's skateboarding team in January and has been grinding the rails of Olympic qualification toward a spot next summer alongside her Japanese peers.

The child prodigy said in an interview with Kyodo News recently that she hopes to spark a new generation of female boarders via the sport enjoying new legitimacy since it was added to the 2020 Olympic program with three other newcomers: climbing, surfing and karate.

"It's really special," Brown said. "I want to be someone who inspires girls. Hopefully, if I get there, they can see me doing this crazy trick, and they will think that they can do it, too." 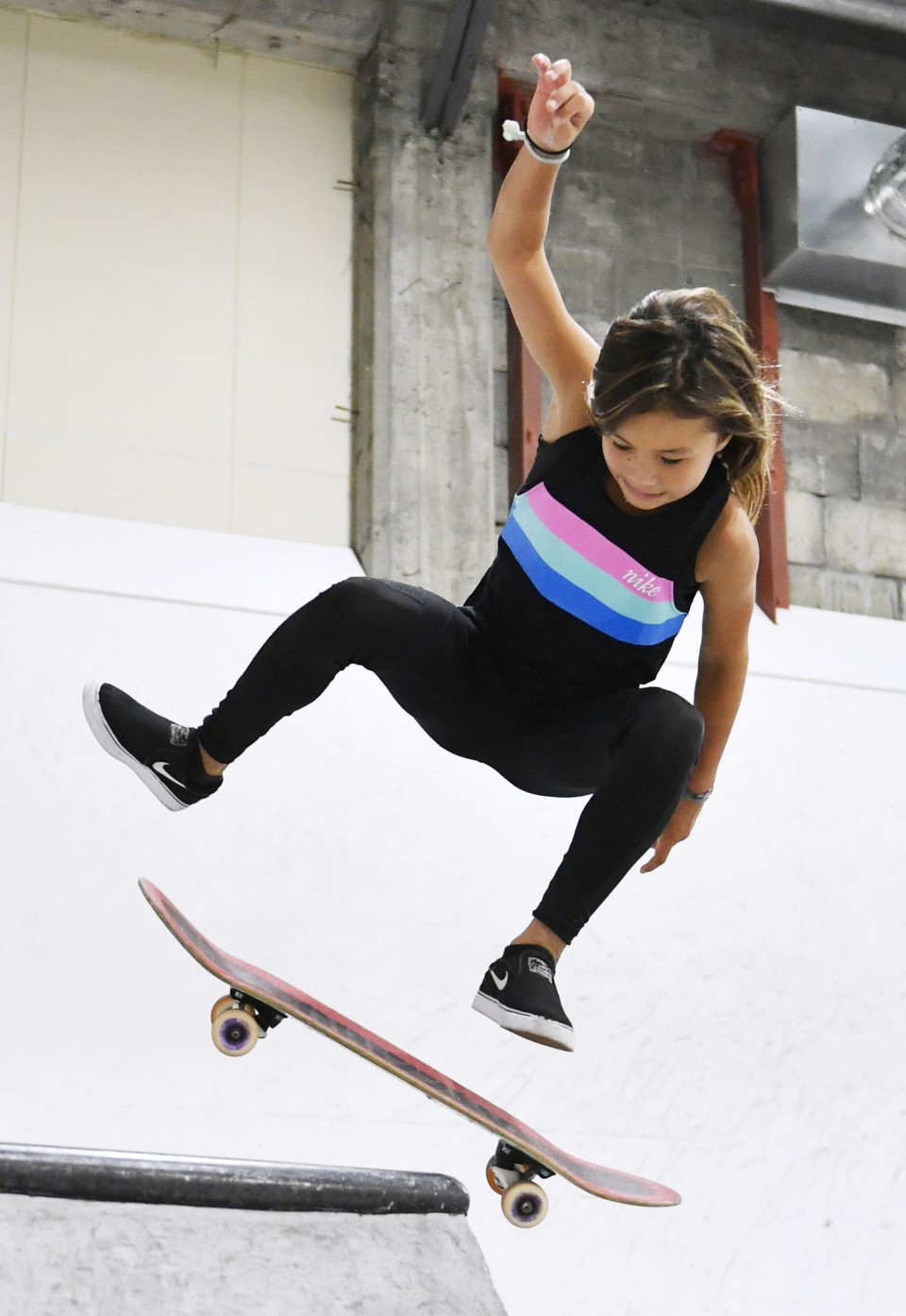 Ranked ninth in the Olympic World Skateboarding Rankings as of July 22, Brown joined the 2020 race late but caught up with a win in the women's park contest at the national championships in April.

She reached the Dew Tour semifinals in June skating with a broken arm and has posted consistent results since, taking fifth at both the International Skateboarding Open in Nanjing last month and X Games in Minneapolis on Aug. 3.

Brown was born in Japan and owes her ocean-bleached hair to countless sun-drenched hours surfing off the coast of Miyazaki on the country's southwestern main island of Kyushu. As a toddler, Brown also latched onto her father's skateboard and was a constant fixture on the home-built mini-ramp in the family's garden. 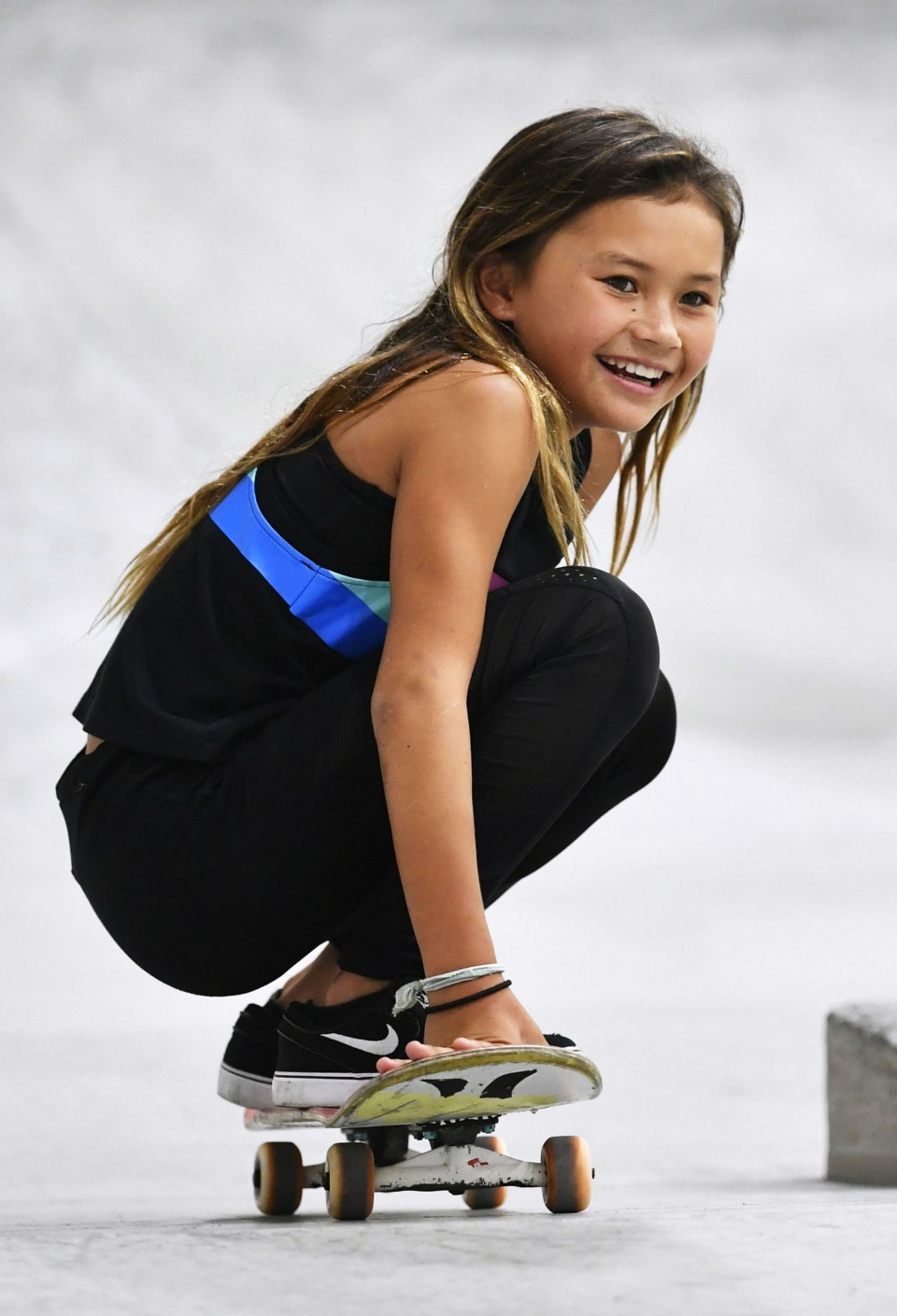 After a video of Brown skateboarding topped 50 million views on Facebook in a few days, her family finally relented and let Brown compete in her first official event at Exposure, a women's skateboarding benefit in California, where she placed third as a 7-year-old in 2015.

She has since been living out her dream, often at her family's expense, to "travel around the world and to go to underprivileged places and teach them how to skate and see a smile on their face."

Brown said her experiences overseas -- having visited over 20 countries in the last year -- have been "kind of cool and kind of sad" and have motivated her to spread goodwill and girl power across the world.

"I went to underprivileged places and as soon as I saw it I wanted to do something so I designed a board with Skateistan," she said, referring to the nonprofit that helps youth in Afghanistan, Cambodia and South Africa through skateboarding and education.

"Ten dollars from each board goes to the kids there. That's one of my moves to help kids."

Brown's father, Stu, said his daughter has little trouble communing with others despite language barriers likely because of her multicultural upbringing.

"The way she can communicate without the language -- I think it goes back to being biracial. She's aware more than some adults."

A self-described "girly girl," Brown is a wunderkind and growing social media phenomenon who is making forays into the worlds of fashion, acting and dancing, winning the first-ever junior edition of America's "Dancing with the Stars" last year.

But whether it's practicing jujutsu, being the only girl on her school's soccer team or skating in Olympic qualifiers, Brown says her No. 1 priority, like most kids her age, is to just have a good time.

"I don't feel like competing is everything. I don't care if I win or lose," she said. "I get out and have fun. It would be amazing if I get in the Olympics, but I don't care. I just want to have fun." 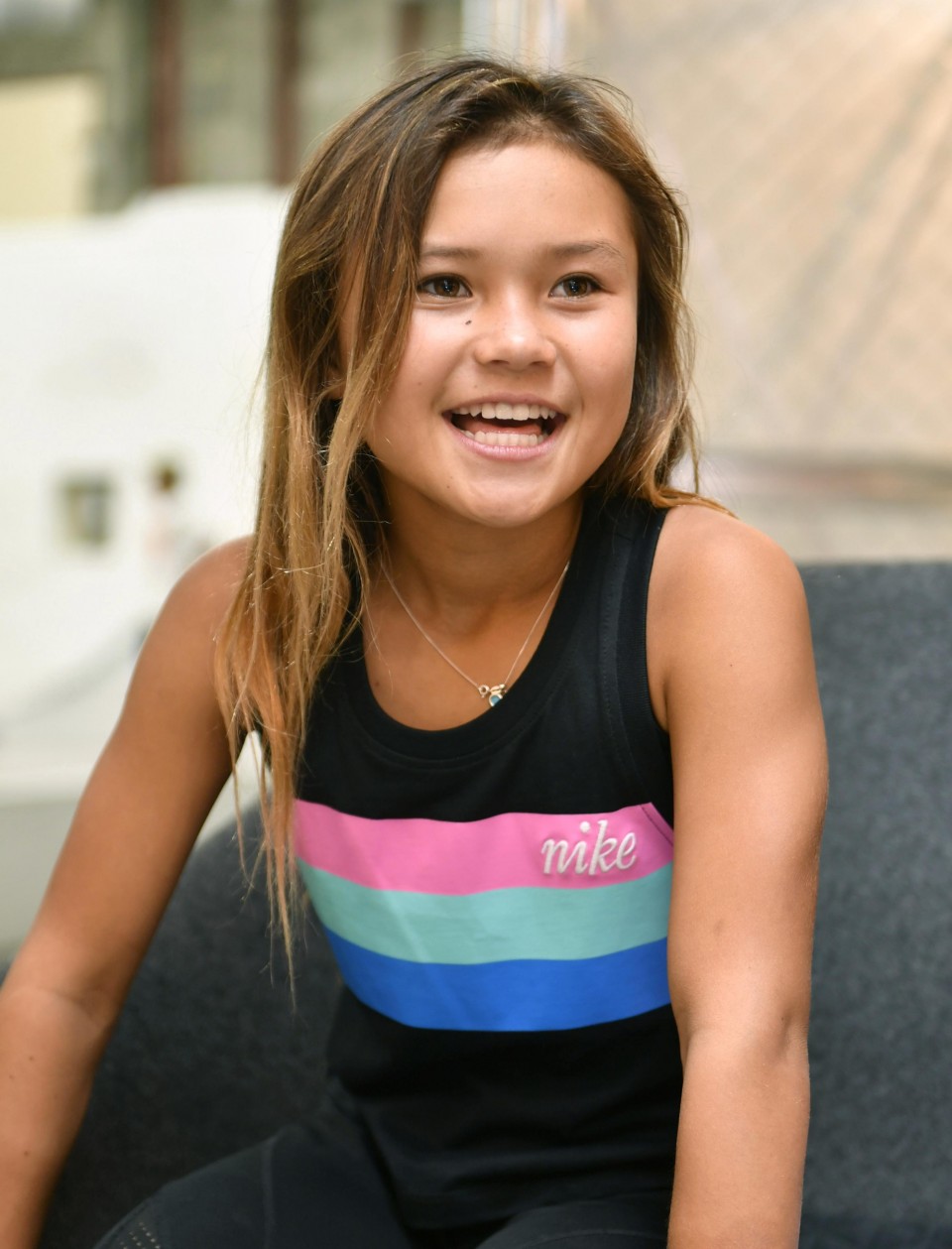 Brown's father revealed their family elected to have Sky represent Great Britain instead of Japan because of her close relationship with Lucy Adams, the chair of Skateboard England, and Adam's expectations of the young athlete.

Stu also said his daughter's life has been greatly enriched by her unique situation and the chance to march under the Union Jack on her home soil in 2020.

"The way it's been, representing Britain but living in Japan and being Japanese, it's been really good. At contests, she's hanging out with Japanese skater girls and it feels like there's a lot of unity and there's a lot support from Japan. She sees it like she's part of both."

Half of the world's other top 10 female park competitors are Japanese skaters who are providing excellent competition for Brown with less than a year until the games open. 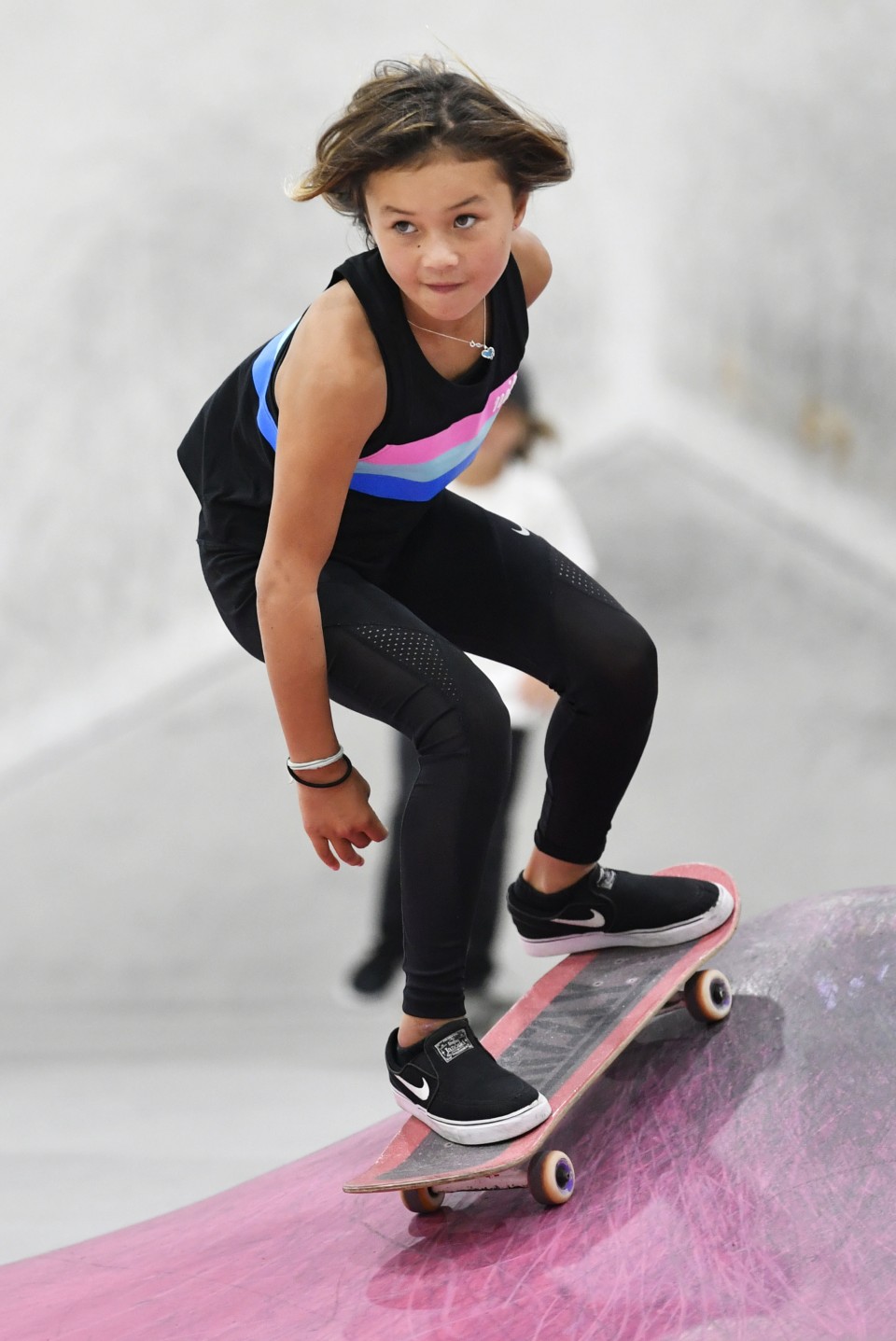 Currently leading that charge is 13-year-old Misugu Okamoto, who is coming off a string of wins including gold medals at the Dew Tour, International Skateboarding Open and X Games.

The group also includes reigning world champion Sakura Yosozumi, and 10-year-old Kokona Hiraki, who rounded off the women's park podium in third at the Dew Tour.

Ranked fifth in the world, Hiraki made history by becoming the youngest medalist in X Games history after winning silver at the event in Minneapolis. She has a chance to show up Brown by becoming one of the youngest Olympians in history should she claim a 2020 berth.

If selected, Brown will become Britain's youngest Summer Olympian, and second-youngest for Team GB across both summer and winter editions.

To other young girls who might be afraid to break gender stereotypes and pursue their dreams like herself, Okamoto and Hiraki, Brown offered some sanguine advice.

"I would tell them just get out and don't be afraid. Believe in yourself and just have fun."