Hinako Shibuno, a rookie on the LPGA of Japan Tour, captured the Women's British Open on Sunday, becoming just the second Japanese golfer to win an overseas major and first in 42 years.

The 20-year-old shot a final round 68 in her first tournament outside of her homeland to finish at 18-under 270 and claim a one-stroke victory over American Lizette Salas.

"I'm so happy that I'm speechless," Shibuno said. "I'm hungry, I feel nauseous. I think I did something great but it hasn't sunk in yet." 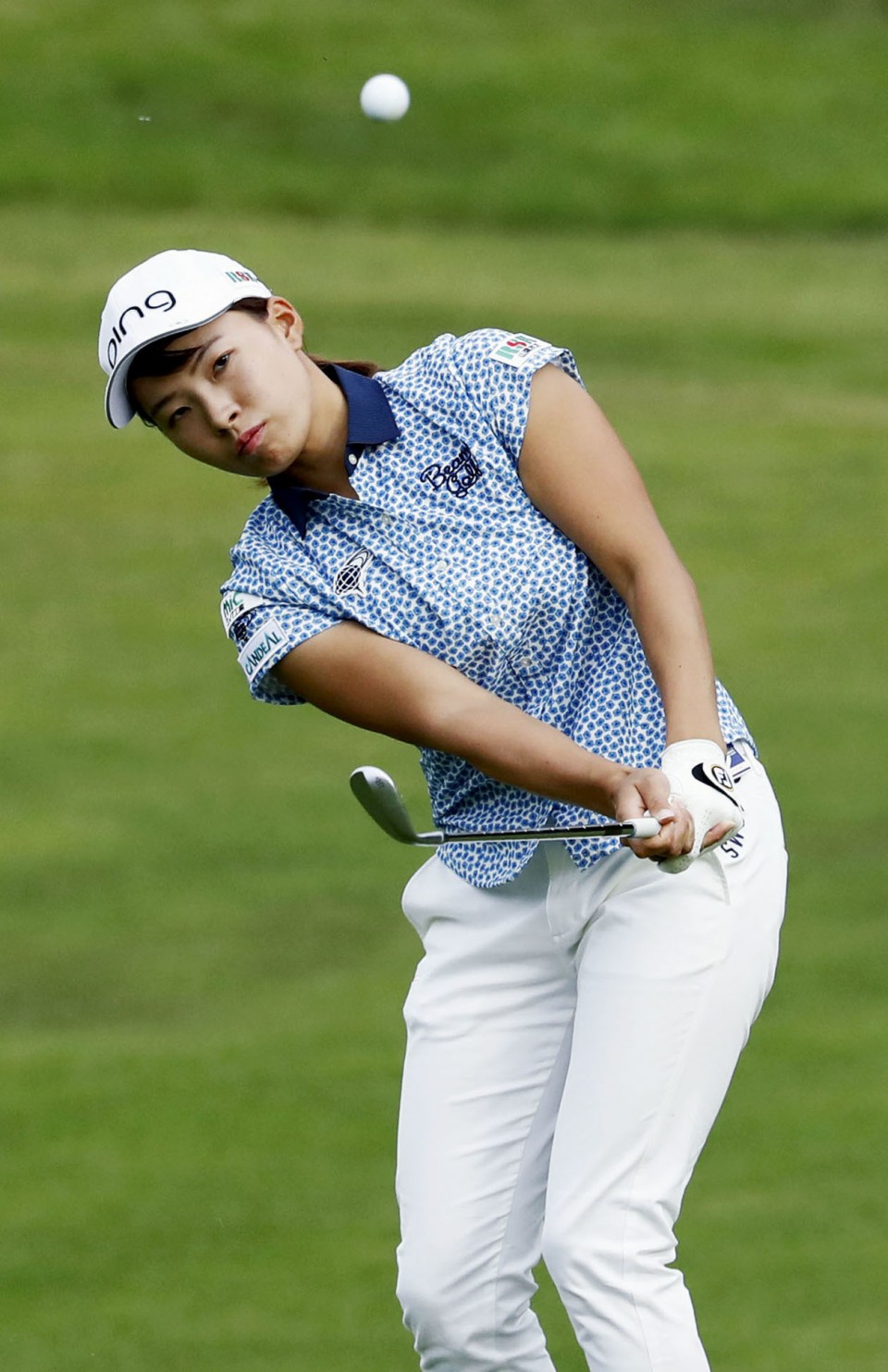 She joins Hisako Higuchi, winner of the 1977 LPGA Championship, as the only Japanese to win a major on either the PGA or LPGA tours -- a feat that neither 17-time LPGA winner Ayako Okamoto nor former world No. 1 Ai Miyazato were able to accomplish.

"An unselfish victory down the wire. I'm so happy I finally got to see a Japanese win a major," said Higuchi, now an LPGA adviser.

Shibuno also became the 11th Japanese woman to win on the LPGA Tour and first since Nasa Hataoka claimed the Kia Classic in March. Hataoka sent her congratulations to her fellow golfer on Instagram.

"Super congratulations, Hinako. That was awesome," wrote Hataoka, who was eliminated in a playoff at last year's Women's PGA Championship.

Shibuno was the only golfer at Woburn Golf Club to post scores in the 60s all four days, overtaking South Africa's Ashleigh Buhai with a back-nine barrage of birdies on Saturday.

On Sunday, she prevailed in a battle with Salas that came down the final hole.

After Salas missed a crucial 5-foot birdie putt on the 18th to finish with a 65, Shibuno followed two groups later and sunk her seventh birdie of the day to avoid a playoff. 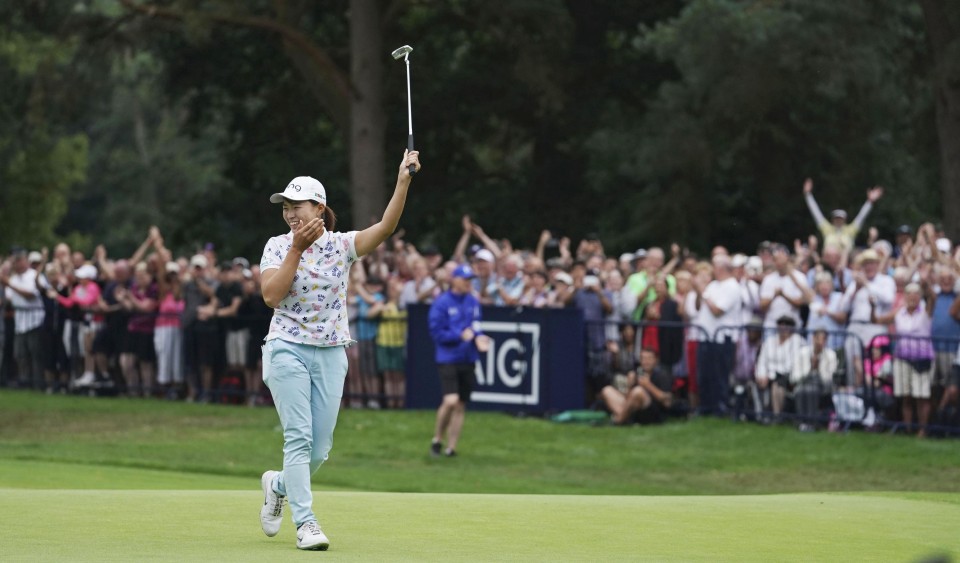 The victory was made all the more sweet following struggles on the front nine with a double bogey and a bogey, allowing Shibuno -- who has been dubbed "Smiling Cinderella" -- to close with a fairytale ending.

Ranked 46th in the world before the tournament, Shibuno has dramatically improved her chances for a 2020 Tokyo Olympic spot, which will be based on the world rankings at the end of next June.

But despite the high stakes, Shibuno said she was able to play through her nerves by employing some positive thinking.

"I was a little nervous on the front nine, but not so much on the back nine," the Okayama Prefecture-native who took up golf at eight years of age said.

"I was thinking about how I was able to play well, and gradually I got less nervous."

"I knew that I would win if I decided to, so I was thinking about what kind of winning pose I wanted to strike. I think that was the moment I started playing a little stronger."

Keeping the pressure on Shibuno was South Korea's Ko Jin Young, who carded a 66 and finished two strokes off the pace in her bid for a third major title this year.

Shibuno now has the option to join the LPGA Tour, but the daughter of athlete parents who is also an avid softball player says she plans to stay at home. 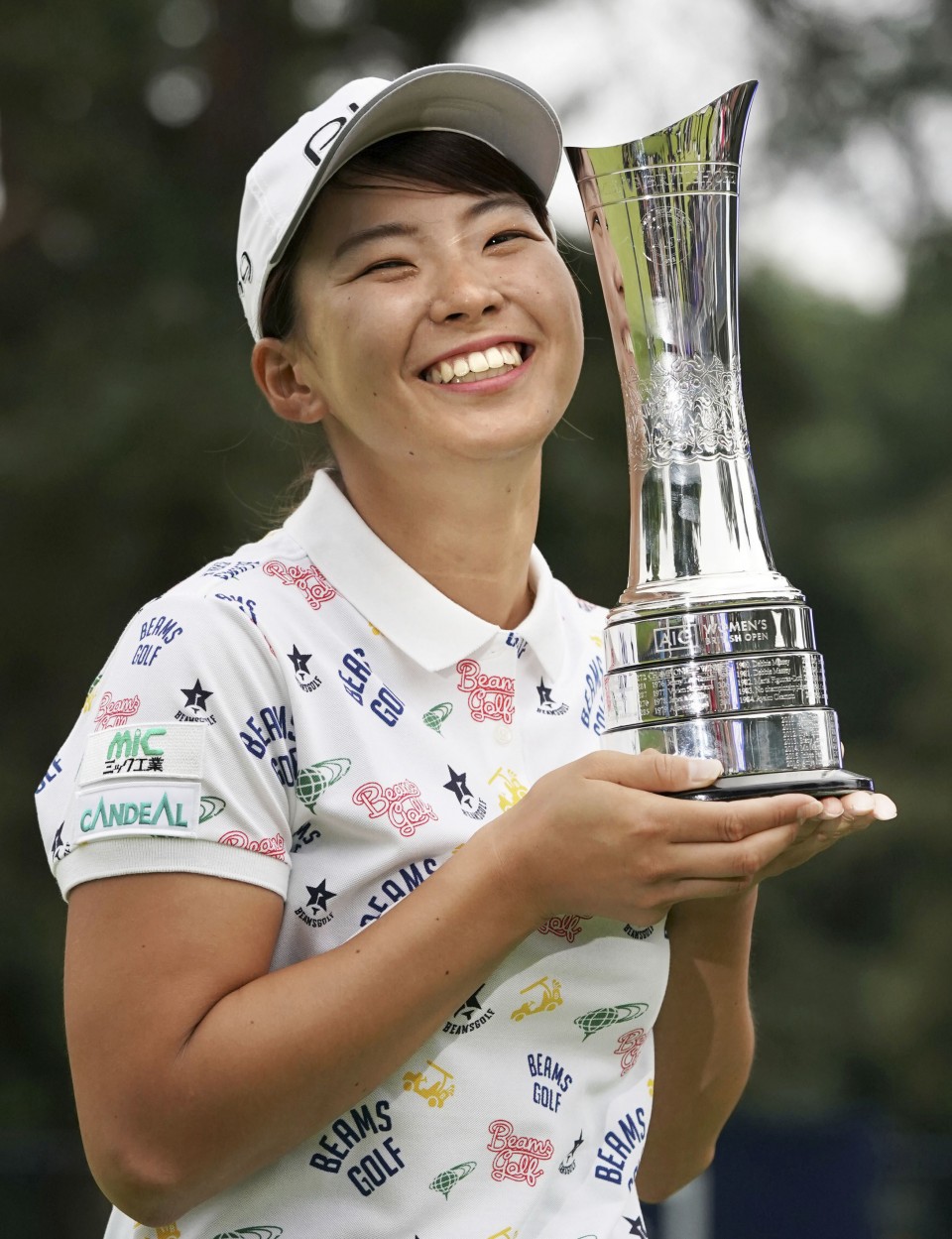 "I still want to play on the Japan tour. If I feel like it, then I'd like to come back and play overseas," Shibuno said.

Woburn's parkland course, similar to many of the tree-lined clubs in Japan, appears to have put Shibuno at ease in her debut tournament overseas.

"She wasn't worked up, she was playing naturally just like she would in Japan," Higuchi said.

Shibuno shot up the world rankings from 563rd in 2018 after winning twice on Japan's domestic tour this season, including the World Ladies Championship Salonpas Cup, one of the tour's four majors.

When asked how she will celebrate her historic victory, Shibuno said she plans to satisfy her sweet tooth.

"I want to buy as many sweets as I can eat until I die. I eat a ton of sweets."