A male patient attacked nurses with a knife at a hospital in Ehime Prefecture, western Japan, on Friday, police said.

Three male nurses and a police officer were wounded in the incident but remain conscious, the police said. The 45-year-old man, who had been admitted to the hospital, was arrested for alleged assault and another charge. 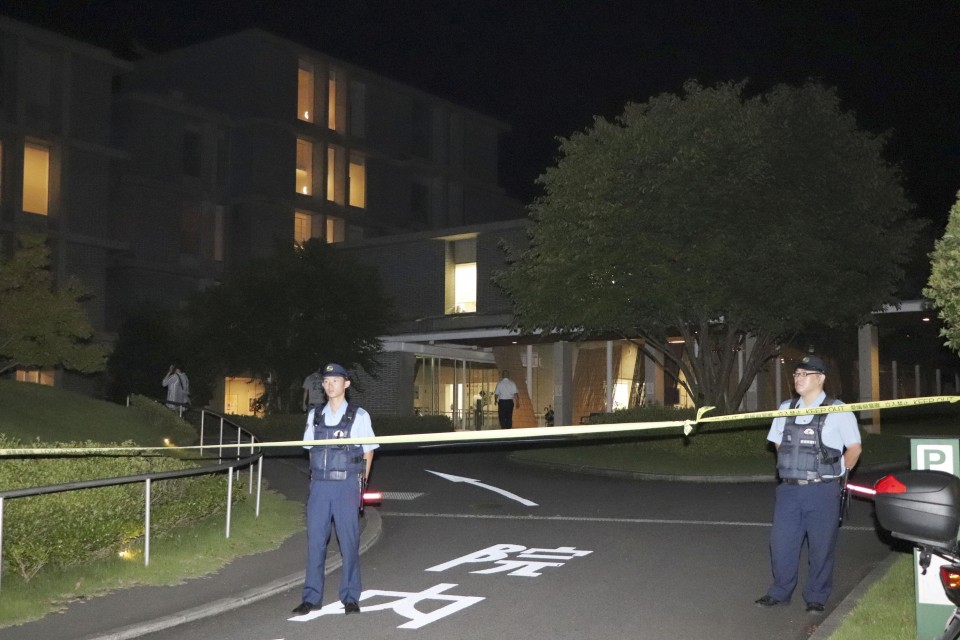 According to its website, Matsukaze Hospital in Shikokuchuo has nearly 250 beds with some 200 of the total being dedicated for psychiatric patients as of May this year.

The man stabbed one of the nurses in the stomach around 5:50 p.m. inside the hospital before breaking through a window and escaping, the police said.

He then slashed the other nurses who were chasing after him.

The police officer was injured while apprehending the suspect around 6:15 p.m. some 2 kilometers away from the hospital.