High schools that provided inspiration and locations for Kyoto Animation Co.'s popular anime series "Sound! Euphonium" are mourning the victims of the arson attack on the studio that left 35 dead and dozens injured.

The anime series centers around the brass band club at the fictional Kitauji High School, which is striving for success in a national contest. The club's practice room is modeled after the music room at Higashiuji Senior High School in Uji, where Kyoto Animation's head office is located.

Kyoto Animation staff members visited the brass band club at the school in 2014, the year before the anime series was first broadcast on television.

Kyoto Animation staff gathered information about the club and the school for about three days. They took photos of the music room and its surroundings and measured the sizes of euphoniums and other instruments used by club members, according to Kazuo Kondo, the teacher in charge of the club.

"They observed and took note of every movement of club members' fingers and lips," Kondo said. Kingo Iida, Higashiuji high school's deputy principal, said he was impressed by the meticulous process which "paid attention even to a slight scratch on a desk."

Kondo and the club members gathered to watch the completed anime when it was sent to them by the studio. "They reacted with cheers, and one band member said 'it's me!'" Kondo recalled. 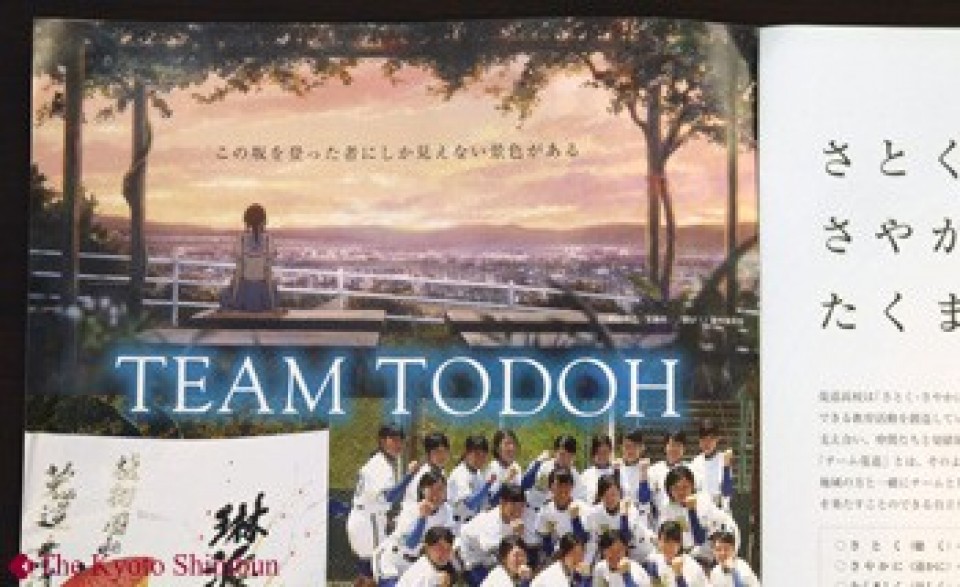 The anime was faithful in its depictions of the emotions of club members as they worked on their skills, Kondo said. "I was moved by the studio staffers' commitment," he said, adding he sometimes tells club members to remember scenes in the show to help them play their instruments better.

The July 18 arson attack on Kyoto Animation's studio in Fushimi -- in which Shinji Aoba, a resident of Saitama, near Tokyo, splashed and ignited gasoline inside the three-story building -- was "a great shock," Kondo said. "It depressed me greatly. It was just too much."

At the time of the blaze, however, a Kyoto prefectural band contest was fast approaching and the club members had to ensure they maintained their focus despite the tragedy.

"We must do what we have to do," Kondo told the budding musicians, and the club went on to win the Aug. 6 contest.

The main gate and buildings of the animated school were based on those of Todoh Senior High School in Uji. The school was visited by studio staff in 2017 and 2018, and Masanori Sakon, then deputy principal at the school, said he remembers them working earnestly at their craft.

"They stayed at the school for three or four hours, taking photos with an omnidirectional camera. They tried to record every water drop from a faucet," Sakon said. "When I watched the anime, scenes at the school were just like real photos."

Todoh Senior High School, with approval from Kyoto Animation, has used some scenes in the anime for its enrollment brochure. "We are so proud and thankful that our school was used as a model in the anime," Sakon said. "Kyoto Animation works are loved by so many people. It's so sad that the fact has been driven home by the horrible attack."