Japan clinched the Pacific Nations Cup on Saturday with a 34-20 victory over the United States at ANZ Stadium in Fiji.

In the tournament decider between the only two unbeaten teams, world No. 11 Japan dominated with four tries, including a brace from captain Michael Leitch.

With three convincing wins at the tournament, Jamie Joseph's men showed their preparations for this fall's Rugby World Cup are in strong shape. They started with a 34-21 win over Fiji on July 27, and cruised past Tonga 41-7 last weekend.

"I think it all came down to preparation. We've been together since February and all the hard work has paid off," said Leitch, adding his side is "on the right track" ahead of the World Cup. 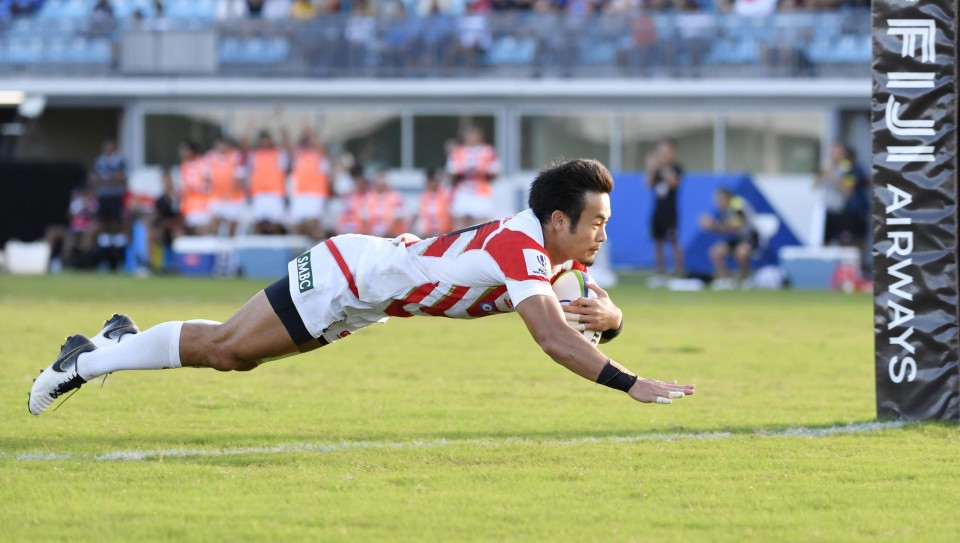 (Kenki Fukuoka of Japan scores a try during the first half.)

The Brave Blossoms were previously crowned Pacific Nations champions in 2011 and shared the title with Samoa in 2014. The world No. 13 United States, led by former Kobe Kobelco Steelers coach Gary Gold, had been gunning for their maiden championship.

Japan scored two converted tries and two penalties for a 20-13 lead in the first stanza. 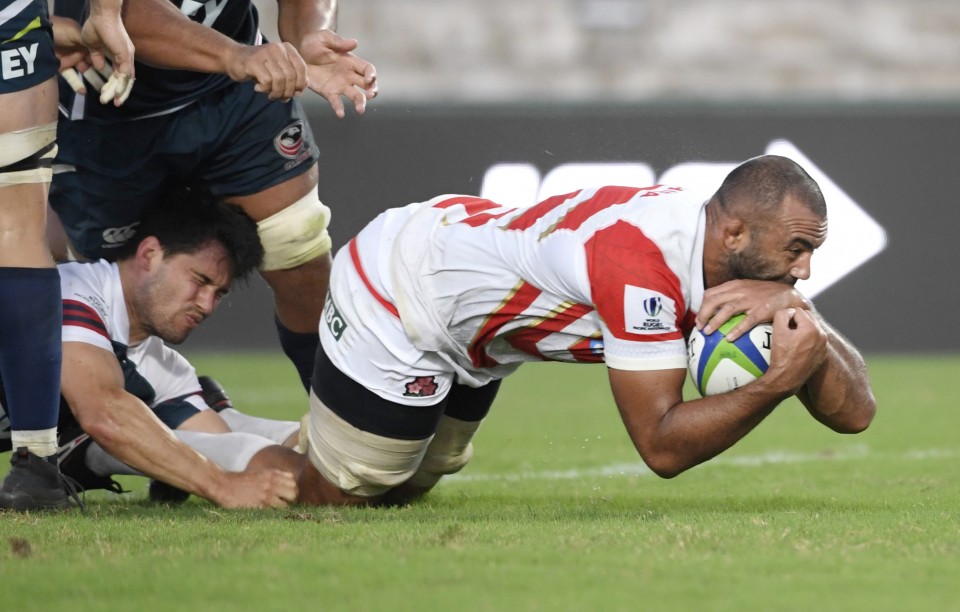 (Michael Leitch of Japan scores a try during the second half.)

Leitch touched down following a driving maul to open the scoring in the fourth minute. Kenki Fukuoka dotted for the third straight game, sprinting home after taking a well-placed pass from Kotaro Matsushima.

Fullback Ryohei Yamanaka impressed in his first appearance at the six-team Pacific Nations Cup. He crossed the chalk in the 43rd minute, and set up Japan's final try 13 minutes later.

He gained after receiving the ball from Fukuoka following a tackle, and passed the ball to Yutaka Nagare before Leitch touched down.

While Japan successfully used their speed and short passing game to attack the powerfully built Americans, the Brave Blossoms conceded too many penalties and struggled with their set-pieces.

"I think the team still has room to improve in terms of indiscipline," Leitch said. "The Americans are physically strong like (our World Cup opponents) Russia and Ireland. I think we will lose to them if we keep playing like we did today, so we need to improve that part of the game." 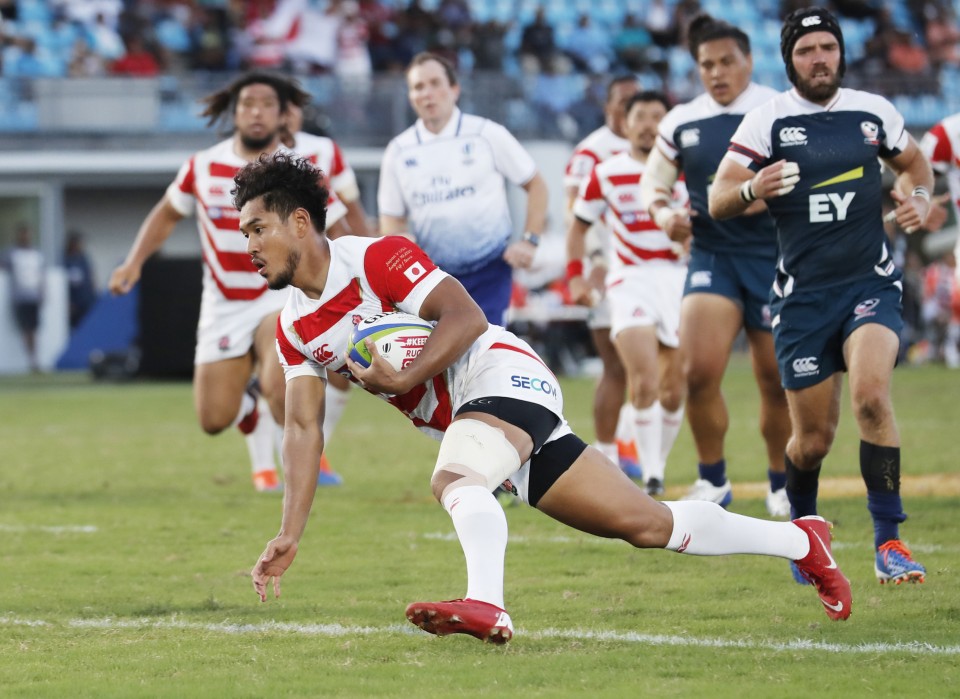 (Ryohei Yamanaka of Japan scores a try during the second half.)

The Eagles briefly picked up the momentum after Madison Hughes scored a converted try in the 17th minute, with Will Hooley adding a penalty goal before halftime.

Hanco Germishuys crossed the line with less than 10 minutes remaining in the match, but the Eagles were unable to close the gap further.

The Brave Blossoms will start their training camp in Hokkaido on Aug. 18 before they play South Africa on Sept. 6 in Kumagaya, Saitama Prefecture. The sport's showpiece event, which opens on Sept. 20, will see 20 teams playing 48 matches across 12 venues in Japan.