Trade pact praised by Trump not done deal, at least for Japan

Despite U.S. President Donald Trump's touting of a trade agreement with Japan as "very big" for American farmers and industries, it is not yet a done deal, at least for Japan.

The speed at which Japan and the United States have agreed in principle on "core elements" of a trade deal -- roughly four months after negotiations were launched -- surprised analysts who had expected a much longer, more painful process.

"The sooner an agreement is reached, the better in terms of damage control," said a Japanese official, who spoke on condition of anonymity.

Trump's administration is in desperate need of a bilateral deal amid rising U.S.-China trade tensions, and his abrupt move to pull the world's largest economy out of a trans-Pacific free trade pact has driven Washington's talks with Tokyo, experts and officials said. 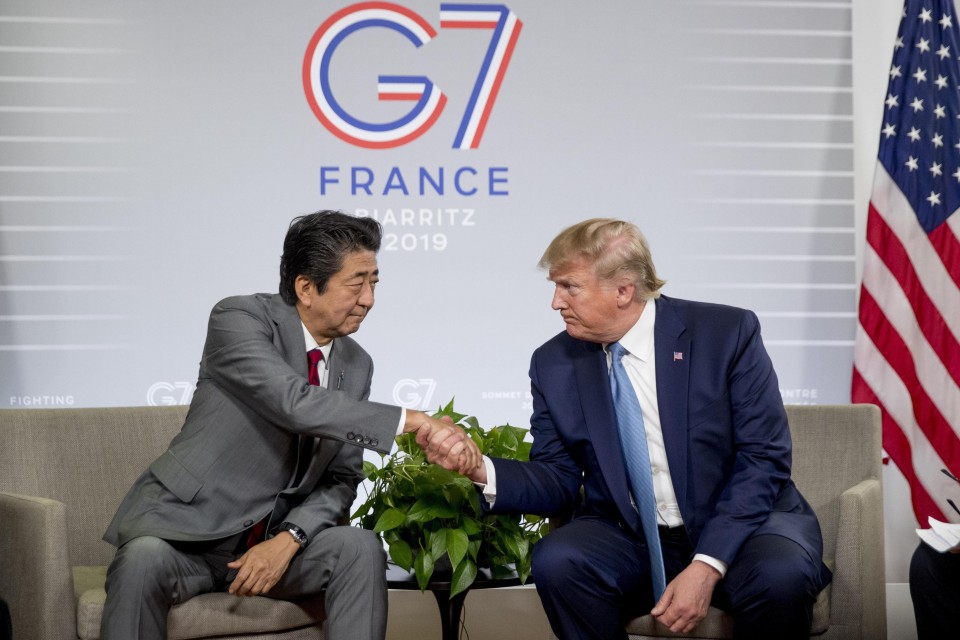 "It will be a plus for both sides to reach an early agreement with each making certain concessions because what we've seen is the escalation of trade friction globally," said Yoshimasa Maruyama, chief market economist at SMBC Nikko Securities Inc. in Japan.

"But it's still a pending issue whether the final deal will include an agreement on autos, which can be a big risk to the Japanese economy," Maruyama said.

After meeting Trump on the fringes of a Group of Seven summit in the French resort of Biarritz on Sunday, Abe said he will try to work out remaining details by late September and sign the accord when they will likely meet again in New York on the sidelines of the U.N. General Assembly.

The agreement covers agriculture and industrial tariffs, as well as digital trade, according to U.S. Trade Representative Robert Lighthizer.

He said it will open up markets to over $7 billion of U.S. agricultural products, including beef, pork, wheat, dairy products and wine.

"It's billions of billions of dollars. Tremendous for the farmers," Trump said in a hastily organized press appearance with Japanese Prime Minister Shinzo Abe following their talks.

The revised 11-member Trans-Pacific Partnership, along with a free trade agreement between Japan and the European Union, have put U.S. farmers at a disadvantage.

Japan has responded to U.S. calls for cutting tariffs on farm produce. But Toshimitsu Motegi, Japan's top negotiator, said its concessions are no larger than those under the revised TPP and other FTAs.

Under the Comprehensive and Progressive Agreement for Trans-Pacific Partnership as the current pact without the United States is formally known, a 38.5 percent tariff on beef imports to Japan will be lowered in stages to 9 percent in the 16th year since the entry into force of the CPTPP last year. 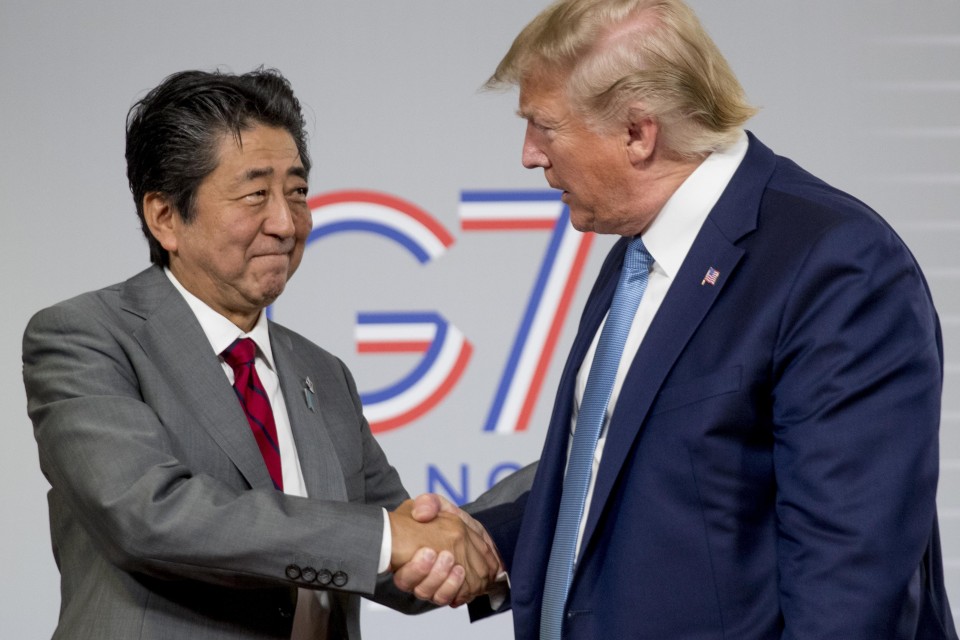 "The Japan-U.S. agreement wouldn't have been reached this fast without the foundation of the TPP," said Junichi Sugawara, a senior research officer at the Mizuho Research Institute, referring to when the United States was still part of the multilateral framework's negotiations.

"The United States does not seem to have agreed to eliminate its levies on cars imports as demanded by Japan...and it's too early to say the deal is a win for Japan," Sugawara said. "But if it fails to make headway on the auto front (when a final deal is reached), that will raise questions in terms of its benefits for Japan."

In addition, experts say it is still uncertain whether Japan will remain exempt from additional tariffs or a cap on U.S.-bound exports of Japanese cars and auto parts under Section 232 of the U.S. Trade Expansion Act that allows such steps for national security.

About a year ago, Abe was seen as caving in to U.S. pressure when he agreed with Trump to launch trade talks.

The tit-for-tat tariff hikes by the United States and China, both key trading partners for Japan, may have freed Tokyo from potentially painful negotiations for a deal. But Abe may still be pressed to address concerns among domestic farmers.

Also, despite the consensus on key areas, Abe has acknowledged that more needs to be done before Japan and the United States can strike a final deal.

"The focus is on whether Japan can secure assurances, preferably in writing, that it will be exempt from additional auto tariffs under Section 232," Sugawara said.