TEPCO may consider scrapping 1 or more reactors in Kashiwazaki

Tokyo Electric Power Company Holdings Inc. said Monday it may consider decommissioning one or more reactors at its nuclear power plant in Kashiwazaki in Niigata Prefecture within five years after reactivating two idled reactors at the same plant.

TEPCO President Tomoaki Kobayakawa mentioned for the first time the possibility of decommissioning some or all of the Nos. 1 to 5 reactors at the Kashiwazaki-Kariwa plant, located northwest of Tokyo, as the host city's Mayor Masahiro Sakurai has made it a condition for approving the restarts of its Nos. 6 and 7 reactors.

During a meeting with Sakurai, Kobayakawa noted the necessity of maintaining Nos. 1 to 5 reactors for now but said the company will consider decommissioning one or more of them once it deems it can secure enough power from non-fossil sources with limited greenhouse gas emissions. 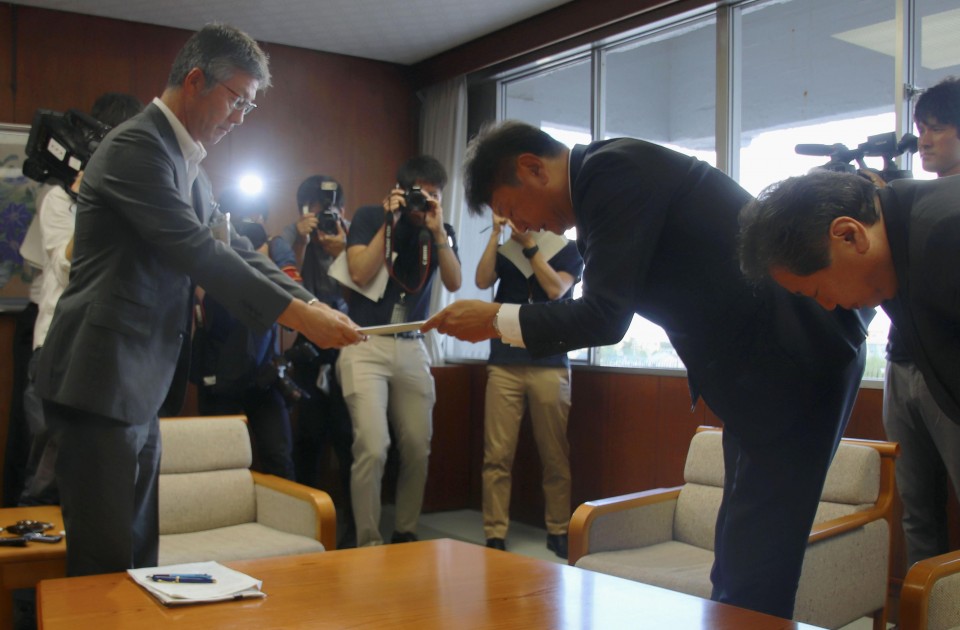 "TEPCO has given me the maximum reply it could think of now," said Sakurai, suggesting his satisfaction with the response despite TEPCO not specifying how many reactors it might decommission or giving a firm pledge to do so.

In June 2017, Sakurai said he would demand the utility submit a plan for scrapping reactors within two years and asked for specifics, including how many and which reactors will be decommissioned and by when, saying a plan without such details "cannot be called a plan."

Hit by the nuclear crisis at the Fukushima Daiichi power plant in 2011 and massive compensation payments for those affected by it, TEPCO has been seeking to restart the Nos. 6 and 7 reactors and had also hoped to keep the Nos. 1 to 5 reactors for rebuilding its business. All seven reactors are currently offline.

But Sakurai called for scrapping some of them on worries that all seven reactors are located in one area and that an accident in one could easily spread to the others.

The Nos. 6 and 7 reactors won approval from the Nuclear Regulation Authority needed for the restart in December 2017, and TEPCO has carried out construction work for enhancing their safety. But it has yet to gain local consent for their restart.

The utility initially sought to reply to Sakurai in July but the plan was put on hold after the utility angered the mayor by misinforming his city of an abnormality at the plant in a major earthquake that hit Niigata Prefecture on June 18.