Anti-Japan protests are intensifying in Seoul with Prime Minister Shinzo Abe's government taking a tough stance toward South Korea, but many businesspeople in the capital are taking a critical look at the move.

Such citizens say they are still using Japan-made products while a boycott campaign of them is widespread in South Korea. They lambaste the political leaders of the two nations for hurting private-sector exchanges between the neighbors.

Emphasizing that rising "nationalistic" sentiment would not benefit either country, South Korean people who have dealings with Japanese individuals and firms have expressed hope that Tokyo and Seoul will seek a good way to improve bilateral ties.

"I hate Abe. Abe should think about our feelings," Choe Jong Seong, a 21-year-old male university student said. "Everything stems from the fact that Japan colonized Korea. As prime minister, Abe should first apologize to us before attacking us."

Choe said his grandfather had been born in the northern part of the Korean Peninsula and after World War II, he was forced to live separately from his father.

"Abe is so heartless that he can't imagine the pains of people whose motherland has been divided. Japan was defeated in World War II, but it has developed into a major economic power as one country," he added.

South Korea designates Aug. 15 as Liberation Day, a national holiday that celebrates the end of Japan's 1910-1945 colonial rule. On Thursday, many citizens rallied against Abe in Seoul. 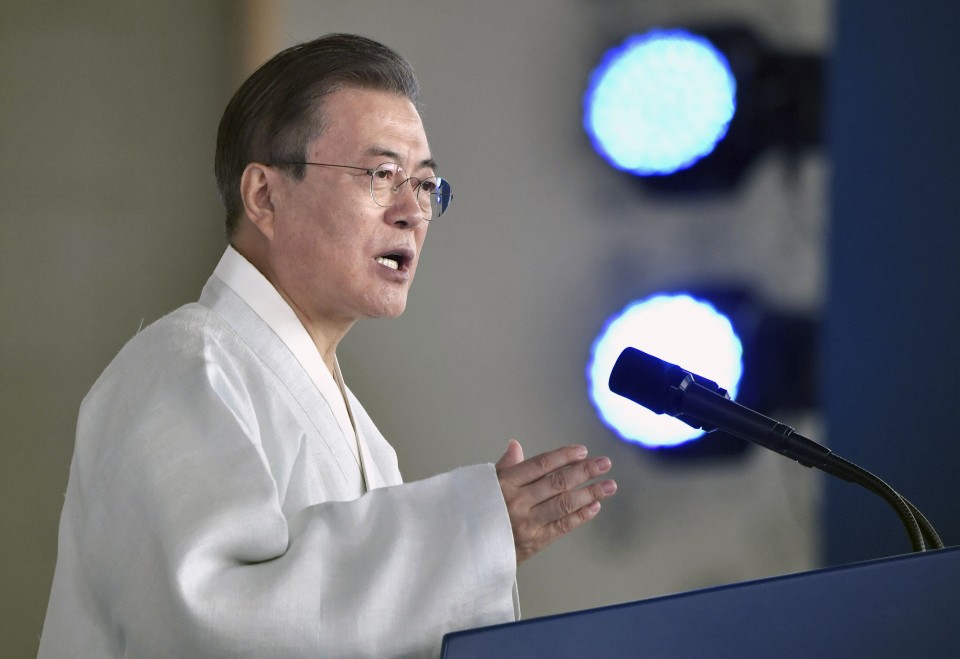 Abe's government has insisted that the decisions are against a 1965 bilateral agreement that settled the compensation issue "finally and completely," criticizing the administration of South Korean President Moon Jae In for breaking an international treaty.

Tokyo has strengthened export controls on South Korea since last month, citing security concerns. Seoul has argued that the measures are aimed at taking reprisals against the court rulings, triggering a tit-for-tat trade dispute between the two nations.

"It is natural that countries are at odds over several matters," Choe said. "Certainly, Moon does not abide by a promise with Japan, but Abe has gone too far."

A women in her 40s who runs a Japanese restaurant in Seoul said, "Some people have become self-conscious about having meals here. They really like drinking Japanese-brand beer, but they say half-jokingly that they are now doing so behind the curtain."

"I think the current Japan-South Korea tensions have been caused by friction between the two political leaders. I myself have used Japanese goods ever since childhood. I'm pro-Japan," she said.

Japan seeks explanation of S. Korea plan to remove it from trade list

The woman, however, added many young people in South Korea are engaged in the anti-Japan campaign as they are "easily susceptible to the internet" through social networking services including Facebook.

"Young people seem to feel they could be isolated if they don't do what others do. It's like a fashion trend. I'm scared that a kind of nationalistic sentiment is growing like this," she said.

"But I would like Japanese people to know that South Korean young people protest not against Japan but against Abe," the woman added, with participants of a rally in the center of the city holding banners saying "No Abe."

At shops and restaurants in Seoul, "most South Korean people are always kind enough to serve us," said Takeshi Kato, a 35-year-old Japanese engineer living in the capital, although he added, "Sometimes, we meet extremists."

Kim Moon Young, a 40-year-old South Korean trading firm employee, said, "Those who do business know almost all industries in our country can't survive without transactions with Japan. Such people won't join the anti-Japan campaign."

"Moon has used anti-Japan and nationalistic sentiments to push up his support rate. He ignited the fire but has asked South Korean citizens and companies to put it out," Kim said. 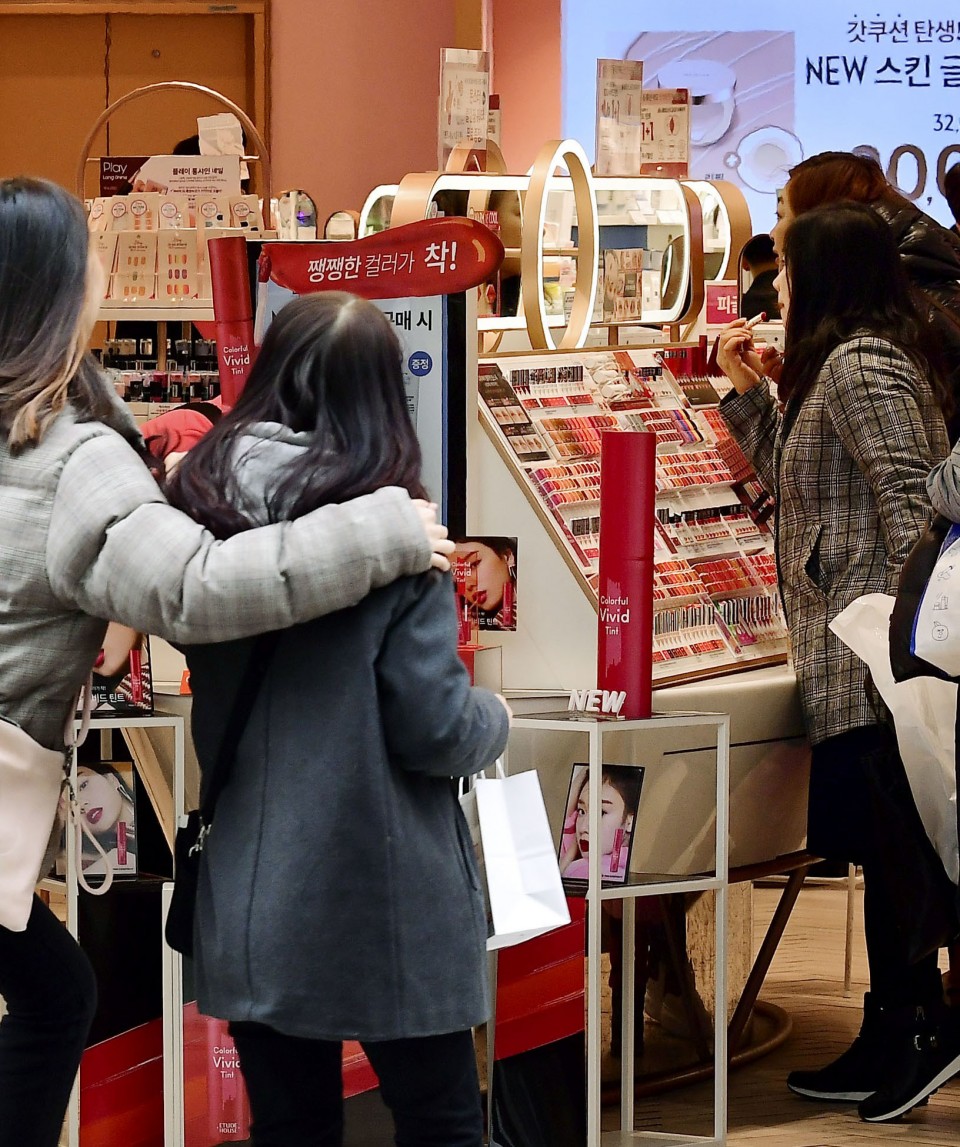 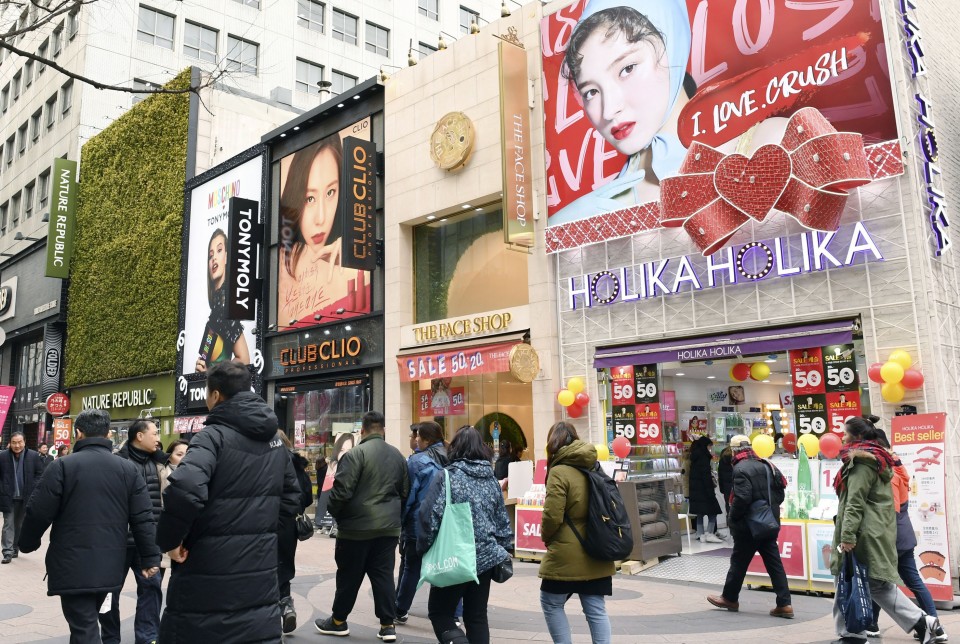 A Japanese guide at a tourist spot in Seoul, meanwhile, blamed Abe for undermining relations between the two neighbors, saying, "I don't know how he views South Korea, but he has no right to prevent us from communicating with South Koreans."

"He has kept a rude attitude toward South Korea," said Keiko Kanehira, the 31-year-old woman, pointing out that Abe skipped one-on-one talks with Moon on the sidelines of the Group of 20 summit in June in Osaka, hosted by Japan.

"I can't believe the chairman of the G-20 summit didn't meet bilaterally with the leader of the neighboring country. Ahead of the national election in July, Mr. Abe may have tried to gain supporters by fueling nationalism," she said.

Young-Key Kim-Renaud, a professor emeritus at the George Washington University in Washington, warned that nationalistic sentiment has been increasingly on display across the globe recently.

"Nationalism is often used for political purposes, as a cheap way to force unity inside a country," the specialist of Korean affairs said.

"Unfortunately, this is a brazen tactic used by leaders of the world today to expand their support base by bringing out people at the fringe of the general public."