A staff member of the British Consulate General in Hong Kong who went missing earlier this month has been detained by mainland authorities following a trip to southern China's Shenzhen, the Chinese Foreign Ministry confirmed Wednesday.

Spokesman Geng Shuang, at a regular press briefing, said Simon Cheng, a trade and investment officer at the consulate's Scottish Development International Section, was detained for 15 days in Shenzhen for violating a law relating to security control.

"Let me make it clear that this employee is a Hong Kong citizen, he is not a British citizen, he is a Chinese, that is to say, so this is entirely China's own internal affairs," Geng added.

Cheng disappeared on Aug. 8 after he left Hong Kong for Shenzhen, on the opposite side of a bay, to attend a conference.

The British Foreign Office said Tuesday it was "extremely concerned by reports that a member of our team has been detained returning to Hong Kong from Shenzhen. We are providing support to his family and seeking further information from authorities in Guangdong Province and Hong Kong." 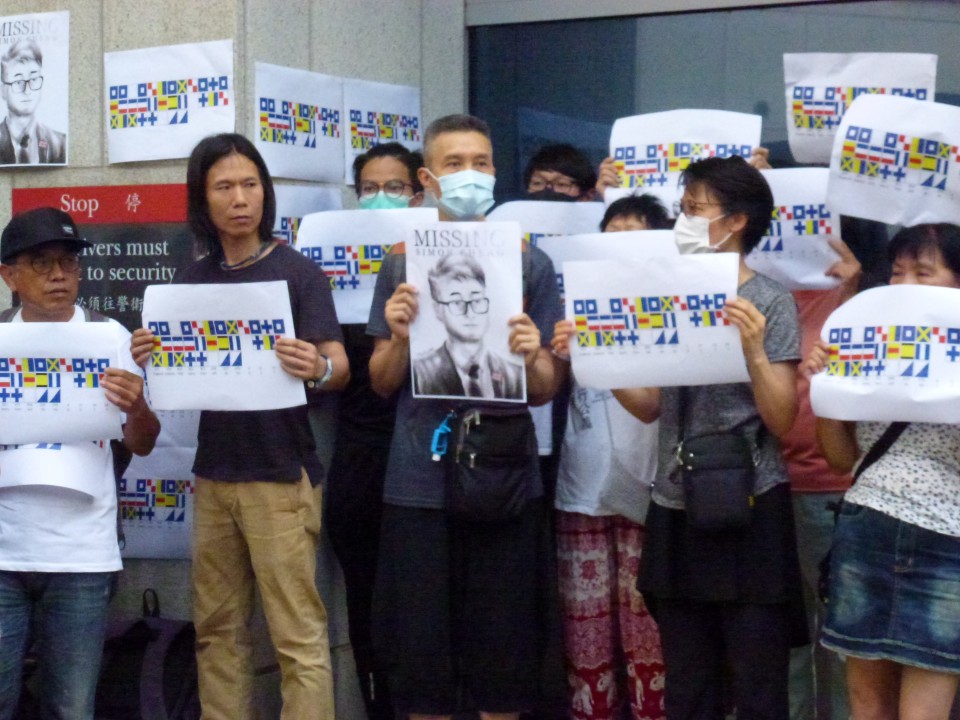 Max Chung, a friend of Cheng who along with dozens of supporters submitted a petition to the consulate office in Hong Kong seeking Britain's help in saving Cheng, said Cheng was on official duty when he traveled to Shenzhen.

"We, as Hong Kongers...are appealing to the British authorities...to mobilize all efforts to save Simon," Chung said.

He said after meeting with the consulate staff that the British government also has no information on Cheng's whereabouts, just like other British nationals detained by China, but would do its best to secure his release.

Cheng's family said in a statement posted on Facebook on Wednesday that they have yet to receive any documentation proving Cheng's detention.

"We feel very helpless, and are worried sick about Simon," the statement read. "We hope that Simon can return to Hong Kong as soon as possible."