Japanese biotech venture Spiber Inc. and sports apparel maker Goldwin Inc. on Thursday announced the launch in December of what they claim is the world's first outerwear jacket made with protein material produced via microbial fermentation.

The Moon Parka jacket will go on sale in a limited volume under The North Face brand at one of its shops in Tokyo for 150,000 yen ($1,400), with the pale gold-colored nylon-like material being used for its surface layer.

Having initiated its research to create synthetic spider silk for its unusual mix of strength and elasticity over a decade ago, Spiber says it is now capable of producing genetically modified proteins through microbial fermentation, a manufacturing process that does not rely on petroleum, a finite resource. 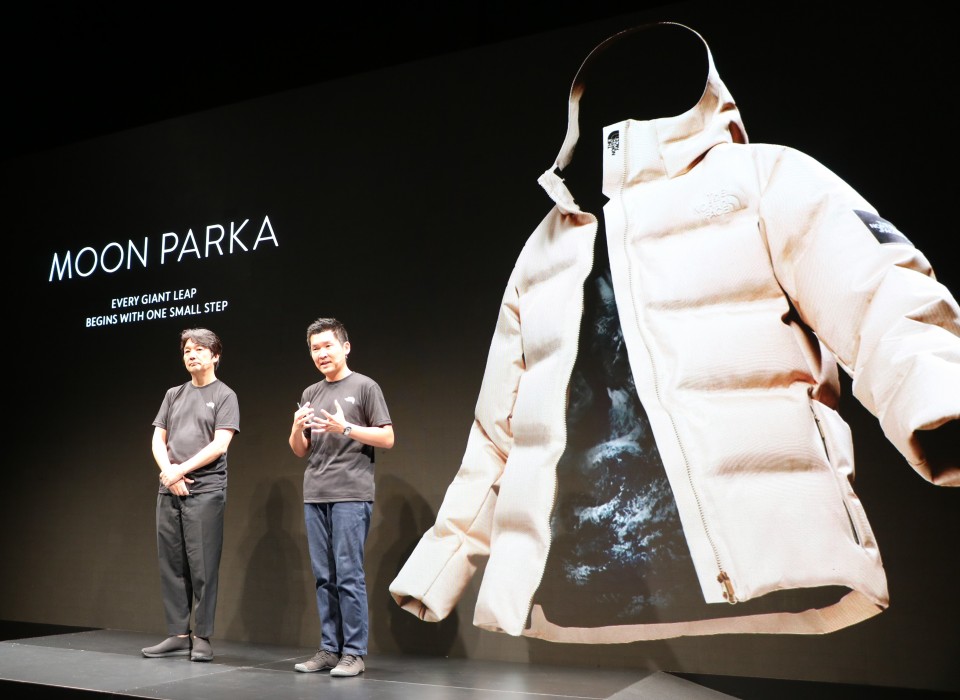 By teaming up with Goldwin, Spiber believes the new biodegradable material named Brewed Protein could provide a sustainable solution to the needs of the apparel industry to move away from petrochemical and animal-derived materials.

"The release is only for a limited number of pieces. This may be one small step, but we will strive to make it one giant leap for creating a better society," said Kazuhide Sekiyama, representative executive officer of Spiber at a press conference in Tokyo.

Application for a pre-order lottery began Thursday for 50 jackets at https://www.sp.spiber.jp/tnfsp/mp/form/ before they become available at the store in Tokyo's Shibuya on Dec. 12.

Mass production of the jacket is unlikely before 2021 when Spiber's protein fermentation facility, currently under construction in Rayong, Thailand, is planned to start operation, Sekiyama said.

Based in the middle of rice fields in Tsuruoka, Yamagata Prefecture, Spiber unveiled the jacket's prototype in October 2015 made with its synthetic spider silk material QMONOS, planning the launch of the product the following year.

But things did not go to schedule, due largely to the spider thread's characteristic of shrinking when it gets wet. Spiber then changed the course of development from its initial goal of simulating spider silk to creating a new protein material by utilizing enormous genetic data it decoded during its previous research.

Spiber's proprietary technology enables the creation of a diverse range of protein materials, each with different features and forms, by modifying DNA sequences that code for its proteins, it said.

Sekiyama, 36, one of the three founders of Spiber, sees great potential for its protein materials' commercial applications outside of the fashion industry as well, citing its possible usage as lightweight components for vehicles as well as construction materials and artificial hair.

"The areas where we put our priority right now are apparel and automobiles...but joint research is under way with dozens of enterprises in various ways," he said.