Women's British Open champion Hinako Shibuno returned to Japan on Tuesday, telling reporters her next major goal is to win gold at the 2020 Tokyo Olympics.

At a press conference following her arrival at Tokyo's Haneda airport, the 20-year-old said she aims to top the podium at the Tokyo Games now that her likelihood of competing has improved dramatically.

"I don't know if I can compete, but I want to win the gold medal because the competition takes place in Japan."

Shibuno, who was greeted at the airport by fans as well as reporters, said she was still coming to grips with becoming the first Japanese golfer in 42 years to win an overseas major.

"I used to think that I'd be satisfied as long as I could compete at one overseas major during my entire career," Shibuno said. "This is more than I imagined."

"I was so surprised the moment I sealed the victory. I thought I would cry, but I didn't. I was just so happy." 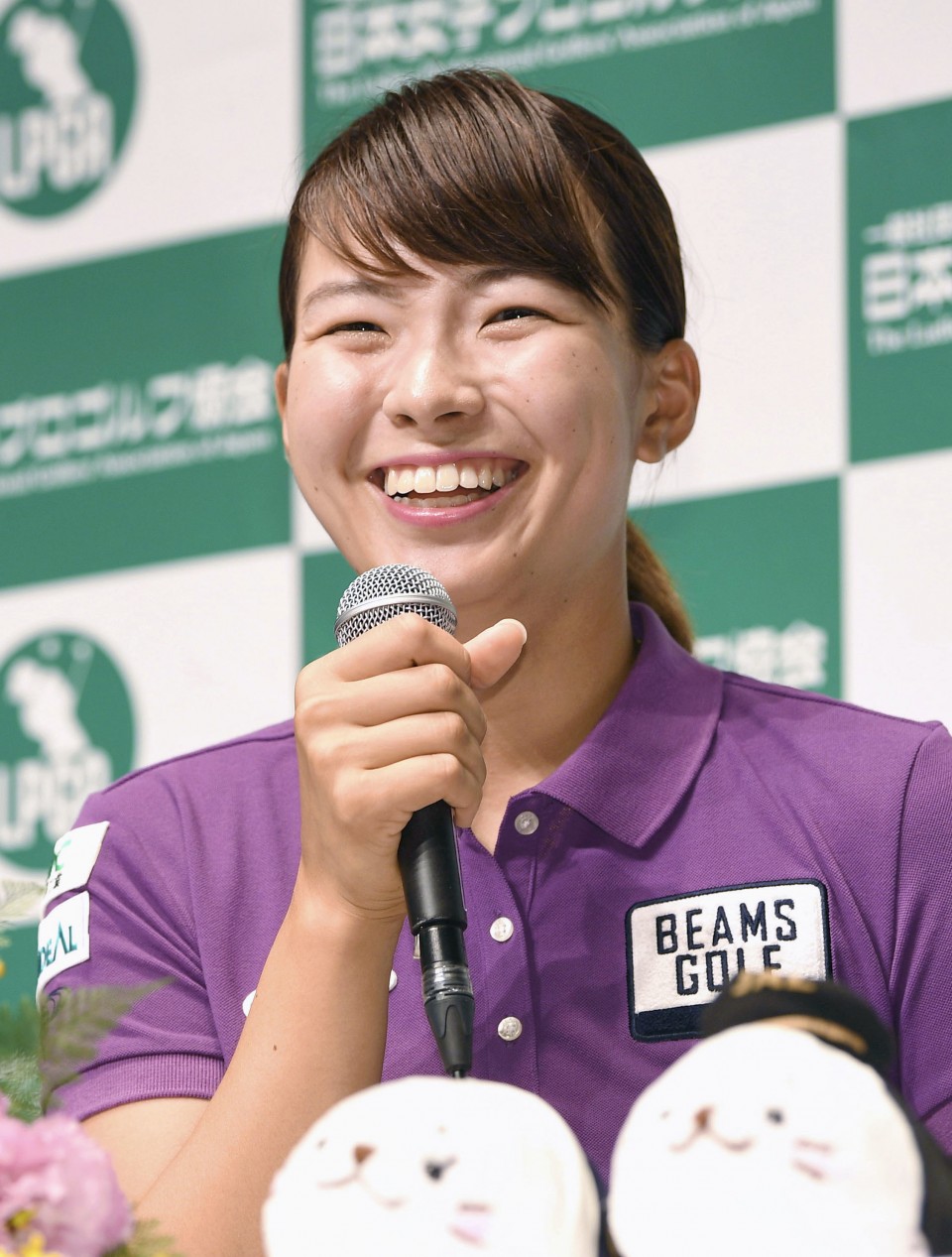 Hisako Higuchi, winner of the 1977 LPGA Championship, is the only other Japanese to win a major on either the PGA or LPGA tours.

In her first tournament outside of Japan, Shibuno finished the British Open at 18-under 270 to claim a one-stroke victory over American Lizette Salas.

She was the only golfer at Woburn Golf Club to post scores in the 60s all four days. She had a two-stroke lead after Saturday's third round, and finished with a 4-under 68 despite a double bogey and a bogey.

"I had the sole lead after the third round, so that's when I started thinking about the possibility of winning," she said. "But it didn't occur to me until making a birdie putt on the final hole that it was actually possible."

The victory bumped her up from 46th to 14th in the latest world rankings released Monday, making a berth at the Tokyo Olympics much more likely.

"I think it's a huge jump. I knew this tournament was very important in terms of claiming a spot for the Olympics," she said. "But to be able to compete at the Tokyo Olympics, I need to maintain this ranking," she said.

Qualification for the 2020 Summer Games will be based on the Olympic Golf Rankings, which are formulated using the world golf rankings. The top 15 golfers will qualify for the games, with a limit of four players per country, according to the International Golf Federation.

The qualification period for the women's competition is scheduled until June 29, 2020, with the IGF due to publish the women's Olympic rankings the following day.

Japan's Nasa Hataoka, who won the Kia Classic in March, is currently 10th in the women's world rankings.

Her next competition is the three-day Hokkaido Meiji Cup, which opens on Friday at Sapporo International Country Club.