Japan's Crown Prince Fumihito and his family members met Bhutanese King Jigme Khesar Namgyel Wangchuck and his wife Jetsun Pema on Monday and spent time together in the capital city of Thimphu.

Crown Princess Kiko and their 12-year-old son Prince Hisahito, who also arrived in the country on Saturday, were led by a classical Bhutanese dance and musical band as they entered Tashichho Dzong, a Buddhist monastery and fortress housing the king's and government offices.

They had lunch before watching archery, the kingdom's national sport, in the city's stadium. 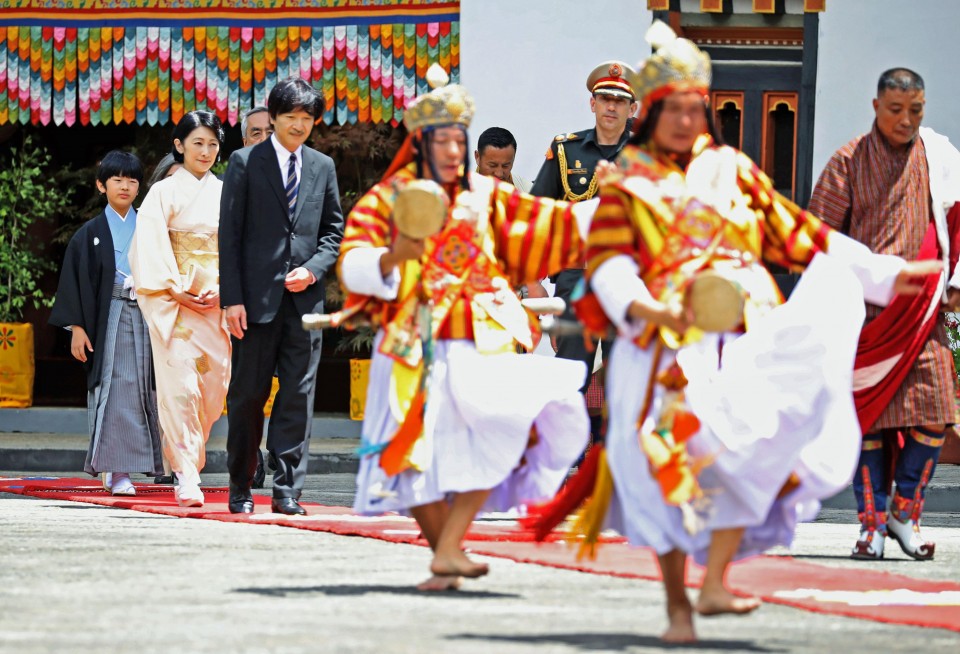 Prince Hisahito, who was wearing a traditional Japanese haori coat, is making his first overseas trip. The junior high school student became second in line to the Chrysanthemum Throne following his uncle Emperor Naruhito's enthronement in May.

The family, on a private trip during Prince Hisahito's summer holiday from school, had been invited by the Bhutanese imperial family.

After the two countries established diplomatic ties in 1986, Crown Prince Fumihito and Crown Princess Kiko traveled to Bhutan in 1997, while the king of Bhutan visited Japan as a state guest in 2011. 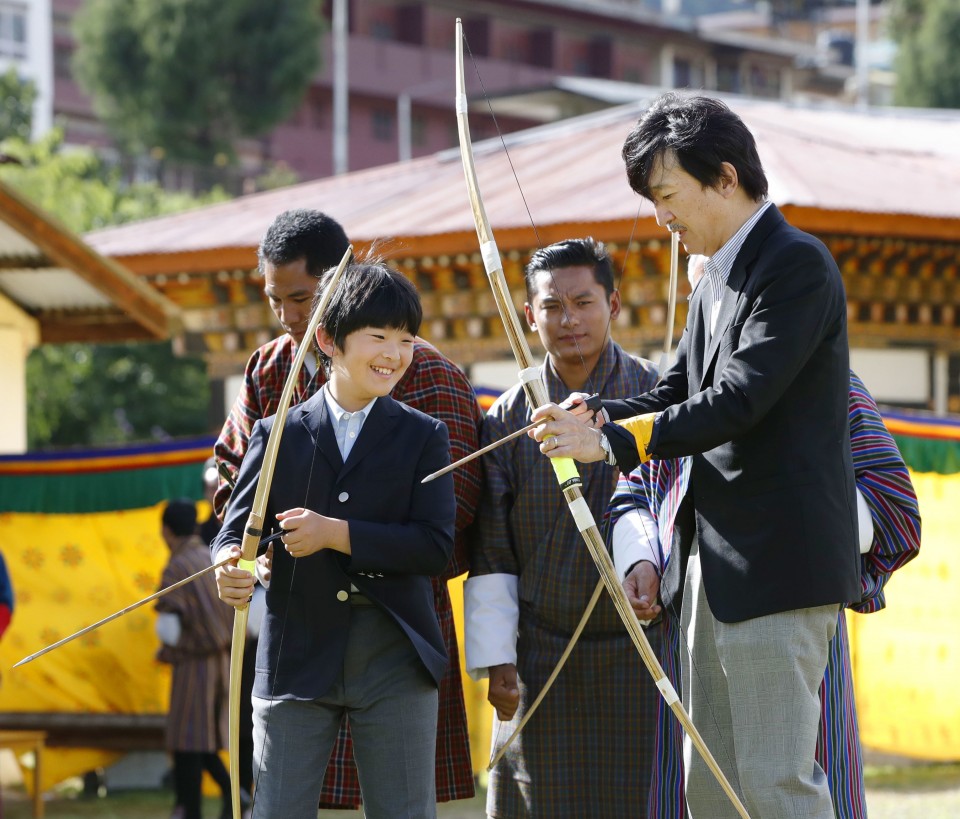 Japan's imperial family has been keen to provide the heirs to the throne with overseas experience during their teens, with Emperor Naruhito spending time with a host family in Australia when he was a third-grade junior high school student.

Crown Prince Fumihito also visited New Zealand while at junior high school and, just like Emperor Naruhito, went on to study at Oxford University in England.

Ahead of the family trip, Prince Hisahito was already studying Bhutan's culture and language, according to one of his aides.

Visits to temples and museums are also scheduled during their stay before they return on Aug. 25.