The medals for next year's Tokyo Paralympics were revealed Sunday, one year to the day before the games kick off in Japan's capital.

At an event to mark the one-year countdown, the bronze, silver and gold medals, which for the first time can be distinguished by touch for those with visual disabilities, were shown to the public.

Designer Sakiko Matsumoto employed the motif of a spreading Japanese ogi fan, symbolizing sending out a breath of fresh air and the pivotal point bringing people together.

"I was looking for a motif that would be easily recognized as Japanese," Matsumoto told reporters. "Athletes are people who can influence the world...and when you think of the games, the pivot will be the athletes." 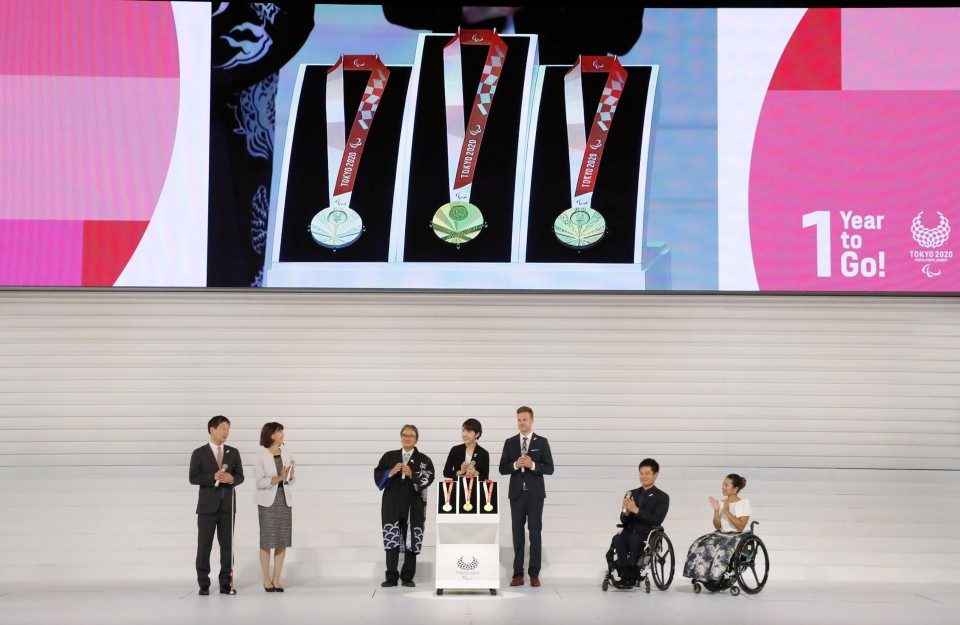 On the reverse side of the medals, 10.7 millimeters at their thickest point, are designs of rock, flower, wood, leaf and water portraying nature in Japan in different textures.

To help visually impaired athletes, each medal has one to three indentations on their edge, with gold having one, silver two and bronze three.

"I didn't want them just to look beautiful on the outside but also to be things that are recognizable when touched, a universal design," Matsumoto said. "My mind went blank when I got the call saying my design had won."

The medals were created entirely from metals recycled from mobile phones and other electronic devices, just as the Olympic medals for next year will be.

Approximately 5,000 medals will be produced using metal collected from small recycled electronic devices. These were donated by the Japanese public in a nationwide campaign April 2017 through March this year.

Chief Cabinet Secretary Yoshihide Suga, Tokyo Gov. Yuriko Koike and Tokyo Games organizing committee president Yoshiro Mori all attended the event before Mitsunori Torihara, the president of Japan Paralympics Committee, made the announcement that Aug. 25 will be "Japan Paralympic Day" from next year.

"I hope understanding about the para sports will deepen across the nation, and the symbiosis of society with those with or without disabilities will accelerate," he said.

Tokyo last hosted the games in 1964 and will be the first city to host the Summer Paralympics twice. Japan is aiming for 22 gold medals -- a result that would be its best -- despite finishing with none in Rio de Janeiro four years ago.

A record number of para athletes of up to 4,400 will compete in 540 events across 22 sports through Sept. 6, with badminton and taekwondo added to the program for the first time replacing seven-a-side soccer and sailing. 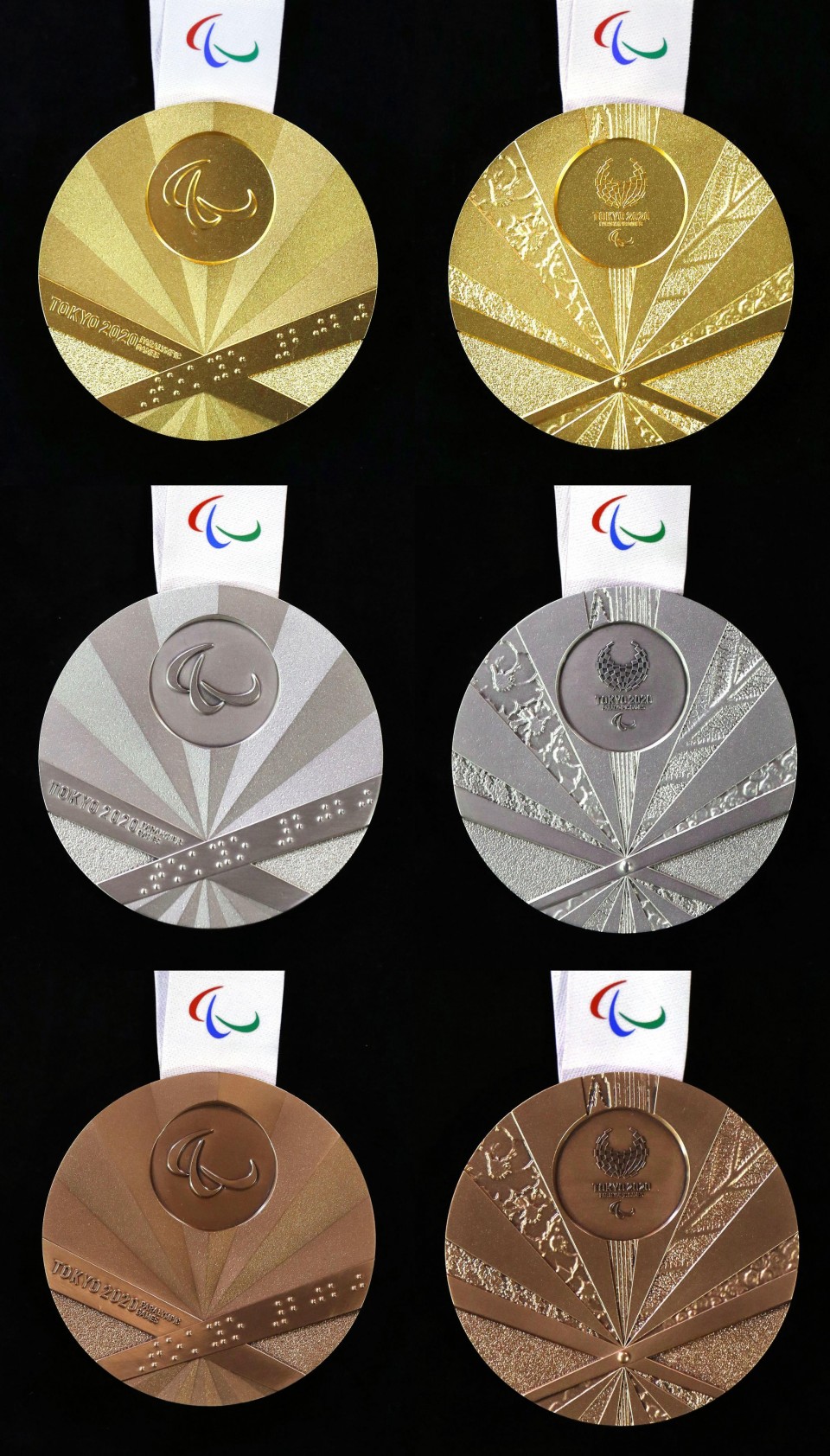 "With one year to go I could not be more excited and optimistic about the success of the Tokyo 2020 Paralympic games," Duane Kale, the vice president of International Paralympics Committee who won four gold medals in swimming for New Zealand, said.

"With such great conditions in facilities, I'm convinced the Tokyo 2020 Paralympic games will be the best in terms of performances, with athletes pushing their limits to what is humanly possible."

With more broadcasters than ever before, Kale said the expected television audience will hit 4.25 billion with an unprecedented number of people in Japan and across the globe watching events.

"All the ingredients for an outstanding Paralympics are coming together -- the prospect of superb sports, stunning venues, billions of TV viewers and millions of spectators."

"That's why I'm so confident that Tokyo 2020 will surpass the success of London 2012, and have more impact in transforming society than any previous Paralympics."