As their cities marked the 74th anniversary of the U.S. atomic bombings, the mayors of Hiroshima and Nagasaki this week used their annual peace declarations to raise pressure on the Japanese government to join a U.N. treaty banning nuclear weapons.

Some experts said their words reflected the frustration of local people at the government's reluctance to make proactive efforts toward a nuclear-weapon-free world amid concern that a new arms race could develop among major nuclear powers.

The Treaty on the Prohibition of Nuclear Weapons was passed in July 2017 with the support of 122 nations, but has yet to take effect since it has not been ratified by the required 50 states. 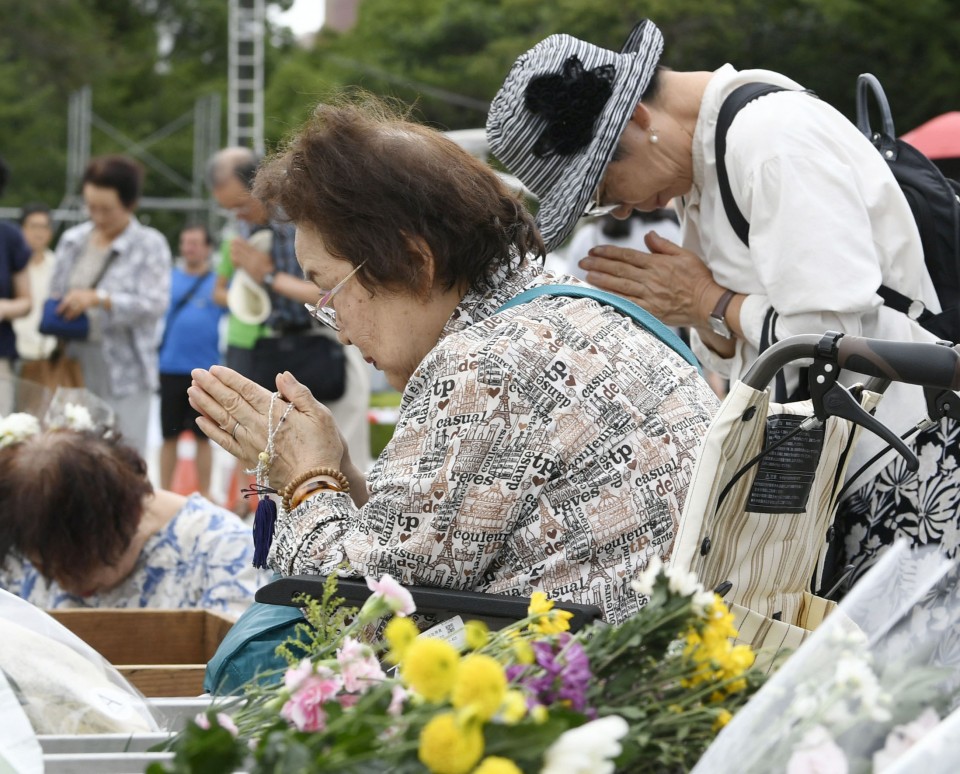 Almost all the world's nuclear weapon powers as well as Japan and other countries under the U.S. nuclear umbrella have been against the treaty.

But he also told reporters that the treaty does not reflect security realities.

In his peace declaration read at the ceremony, Hiroshima Mayor Kazumi Matsui asked the Japanese government to "accede" to A-bomb survivors' request that the treaty be "signed and ratified."

It was a more forthright statement that in the past two years, when Matsui did not explicitly demand that Japan join the treaty.

Nagasaki Mayor Tomihisa Taue also sought specific action, saying in his declaration that Japan "must sign and ratify" the treaty "as soon as possible."

Tatsujiro Suzuki, vice director and professor of the Research Center for Nuclear Weapons Abolition at Nagasaki University, said this year's declarations "showed the frustration of atomic bomb survivors" at the apparent inaction of the government over the past two years.

Suzuki said that even if Japan cannot ratify the treaty, it is important for Tokyo to "contribute" to it through support measures for victims and the environment in the event of nuclear tests or actual use of nuclear weapons. It should also consider steps including hosting a conference of the treaty's signatory countries in Hiroshima or Nagasaki, he said.

"There must be a lot of things Japan can tackle. If the government wants to make earnest efforts to be a bridge (between proponents and opponents), it should quickly do what it can do." 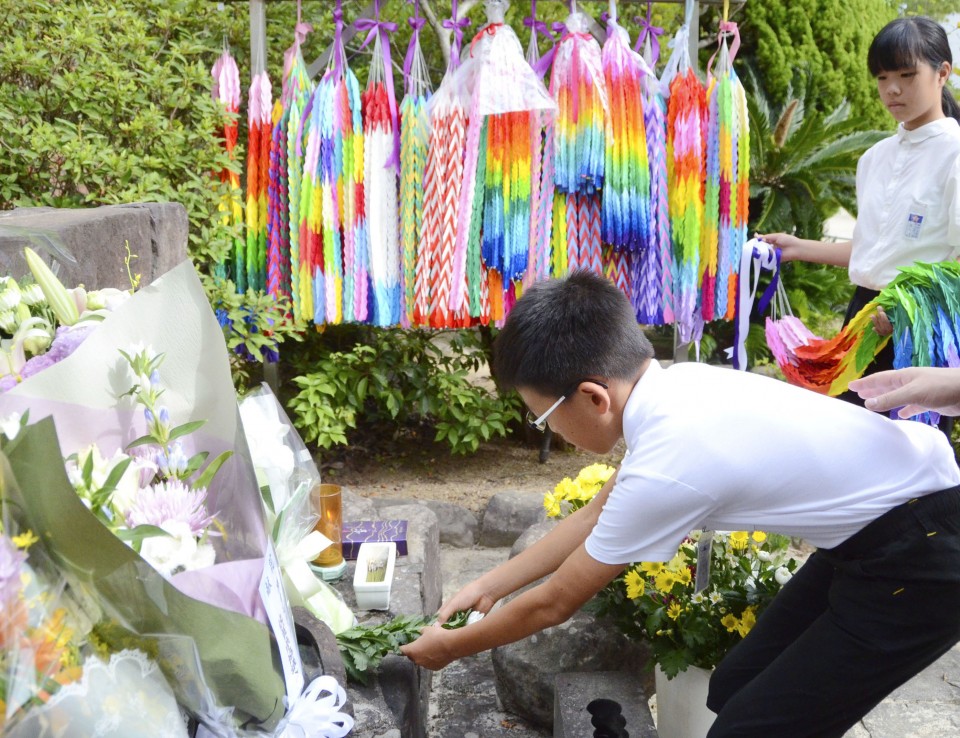 Suzuki said the mayors' declarations were affected by renewed fears of the possibility of the situations in North Korea and Iran developing into nuclear crises as well as by intensifying confrontation between the United States and Russia over arms control.

Amid tensions over those issues, governments will hold a meeting next spring to review the Nuclear Non-Proliferation Treaty.

The previous NPT review conference in 2015 fell apart as parties failed to reach an agreement.

Experts said the next meeting is also likely to end up being fruitless given the current security environment in the world, while warning that another failure would be a blow to the NPT framework.

Hirofumi Tosaki, senior research fellow of the Japan Institute of International Affairs' Center for Disarmament, Science and Technology, said that while a failure would not mean the collapse of the NPT, it is "possible in the medium to long term" that the credibility and effectiveness of the NPT will be harmed.

"The international community may become unable to keep countries from obtaining nuclear weapons. If that happens, it won't do any countries any favors. So it's getting more vital to make the NPT system substantial," Tosaki said.

As the minimum goal, Tosaki said, NPT members should "reach some sort of consensus, even if their document (on the consensus) is short," adding, "Every country should reaffirm their commitment to the NPT's three pillars of nuclear disarmament, nuclear non-proliferation and peaceful uses of energy."

There were still 13,865 nuclear weapons in the world as of January, with the United States and Russia accounting for about 90 percent, according to the Stockholm International Peace Research Institute.

Hiromichi Umebayashi, founder and special advisor of Peace Depot Inc., a nonprofit organization for research and education, said the cities of Hiroshima and Nagasaki should clearly oppose what he said was a recent trend to think lightly of nuclear disarmament frameworks such as the INF treaty.

"I believe it's essential for the two A-bombed cities to continue tenaciously to do such things. They have a major role in reminding people of the importance of what has been accumulated toward the goal of creating a world free of nuclear weapons," Umebayashi said.