IN PHOTOS: Hong Kong marches on

Tens of thousands took to the streets of Hong Kong on Sunday to vent their anger about the government's lack of response to weeks of protests about a controversial extradition bill that could allow the transfer of people accused of a crime to mainland China.

The demonstrators marched in Tsim Sha Tsui, a popular tourist area on the Kowloon Peninsula, in a bid to increase awareness of the issue, especially among visitors from mainland China.

Here is a collection of photos from the July 7 protest captured by Kyodo News photographers: 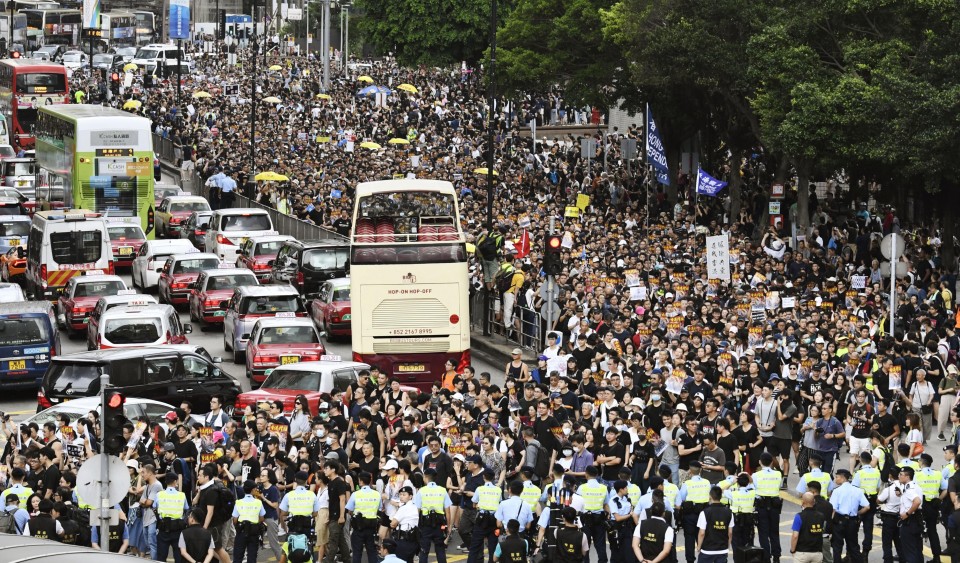 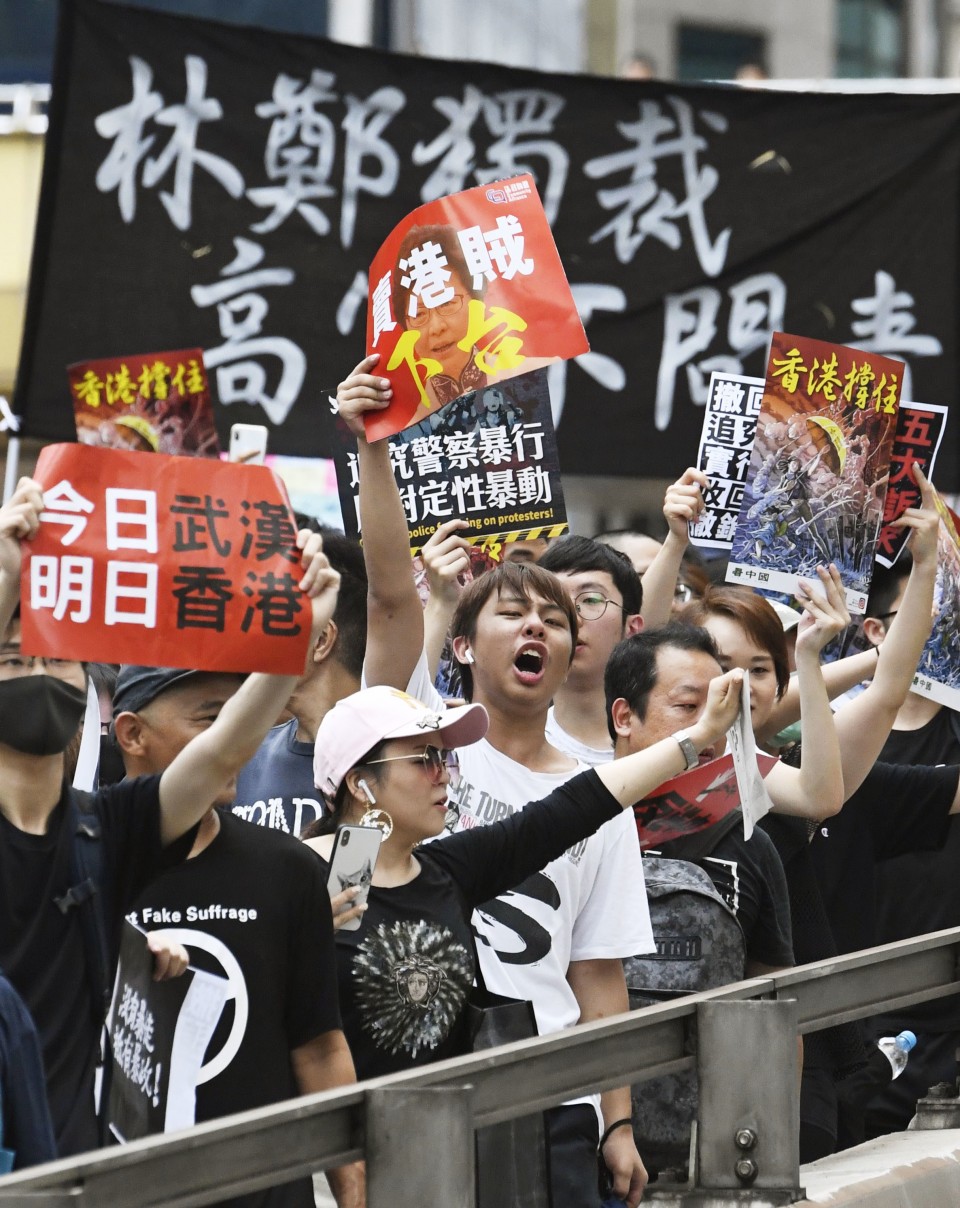 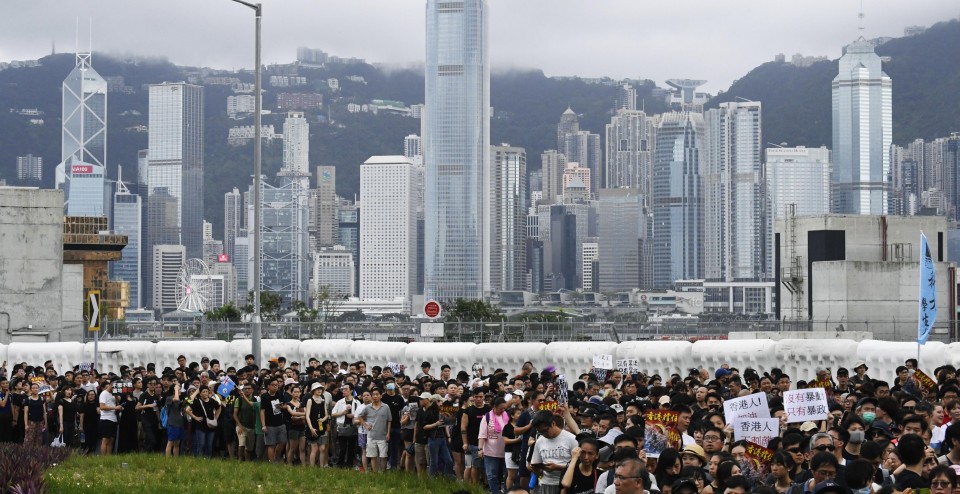 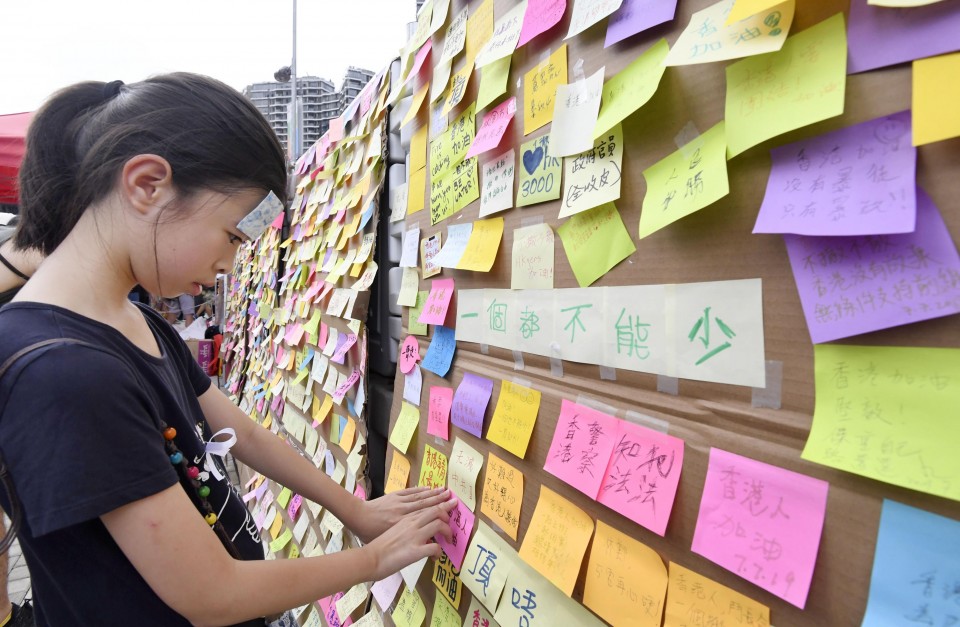 (People stick messages on a wall in front of West Kowloon railway station, calling for the complete withdrawal of the suspended bill) 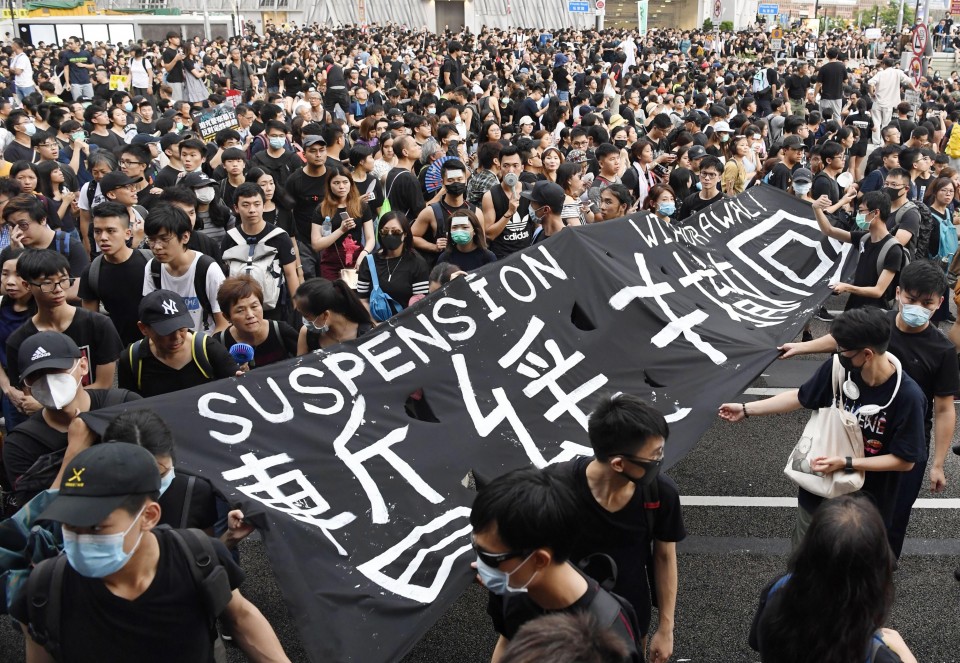 Later Sunday, hundreds of protesters continued with the march and blockaded a portion of a major street between Tsim Sha Tsui and the Mong Kok district. 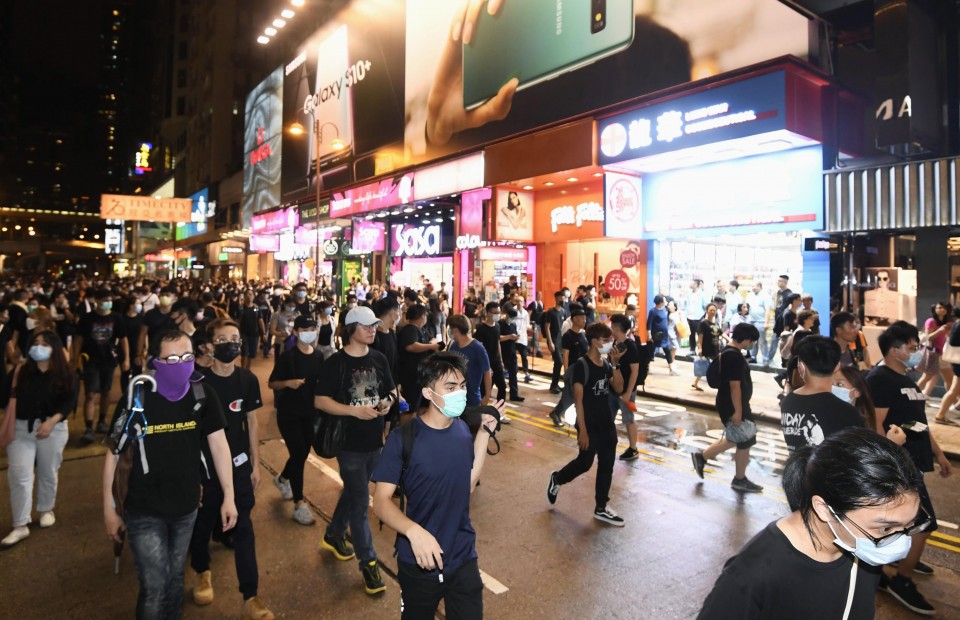 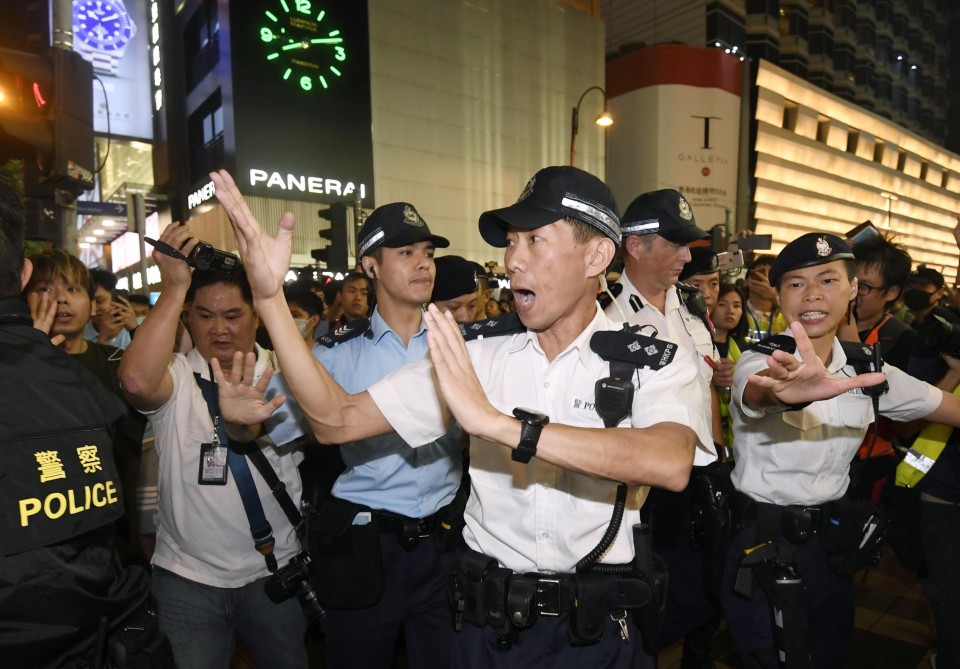 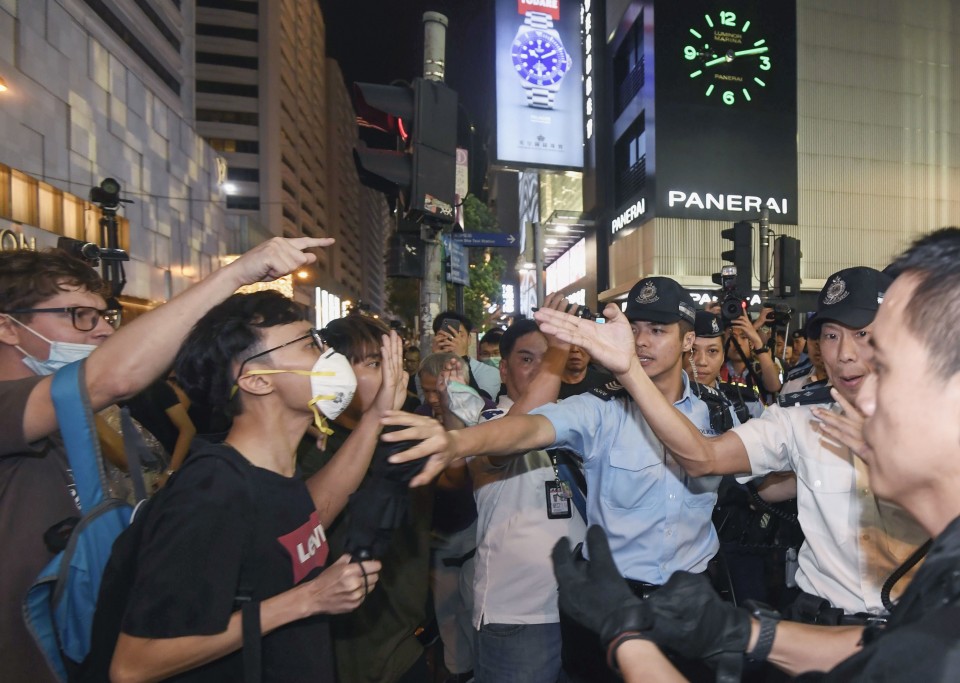 Police in riot gear charged at the crowd as they reached Mong Kok, hitting them with batons as some protesters used umbrellas to defend themselves. Most of the protesters dispersed while a handful were taken into custody. 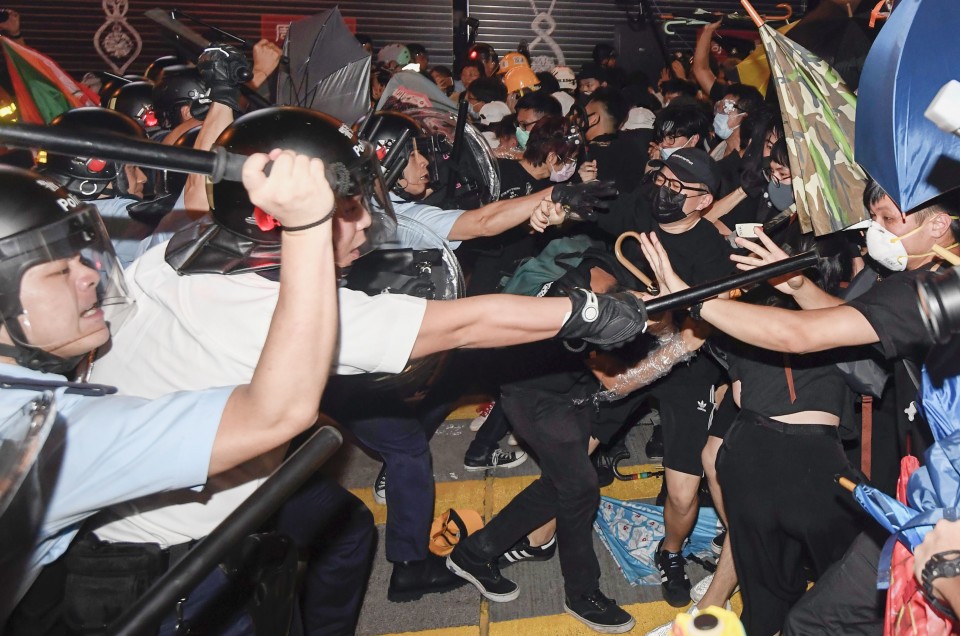 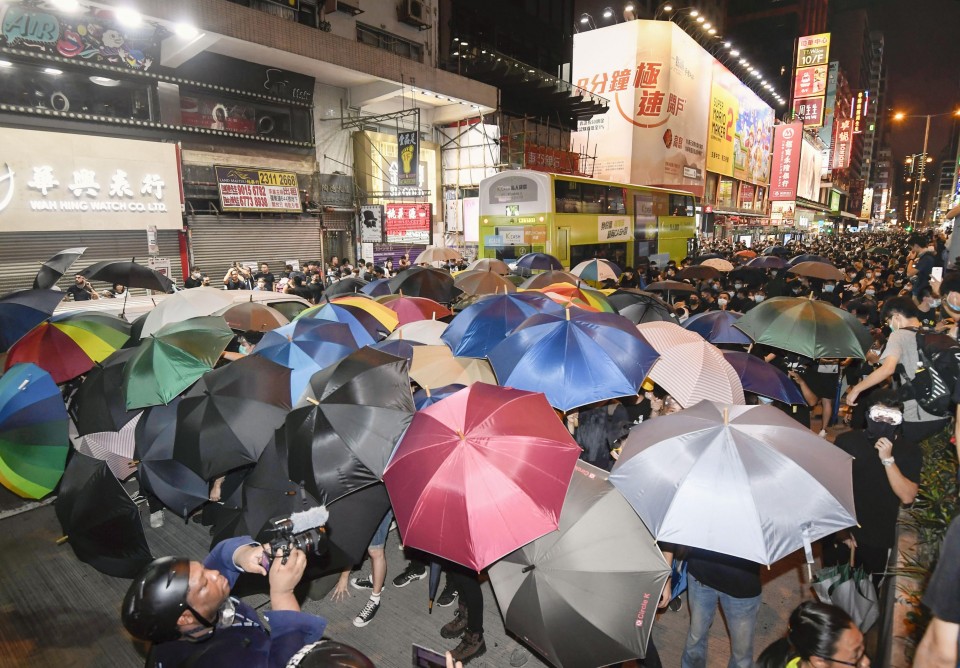 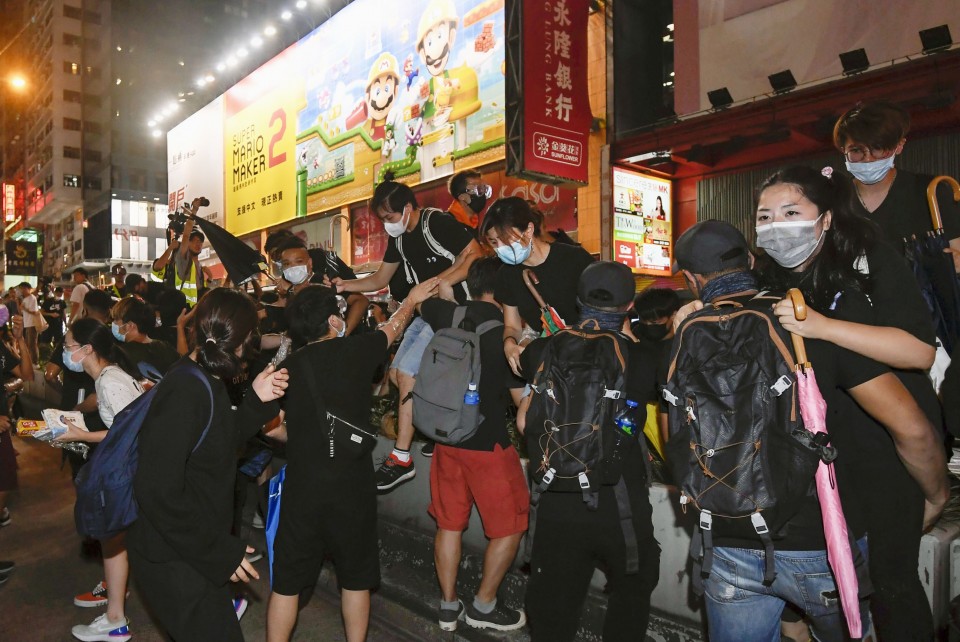 Tens of thousands in Hong Kong protest against extradition bill