Grand champions Kakuryu and Hakuho stayed unbeaten Thursday to keep their share of the lead at the Nagoya Grand Sumo Tournament.

The two Mongolians competing at the sport's highest rank are tied at 5-0 with No. 7 maegashira Tomokaze and No. 16 Terutsuyoshi following five days of the meet at Dolphins Arena.

Kakuryu, who is aiming for his sixth championship, fended off an aggressive attack from No. 2 Aoiyama (3-2) in the final bout of the day.

The yokozuna resisted Aoiyama's slaps to the face, and charged the 193-kilogram Bulgarian toward the edge before pulling him down. 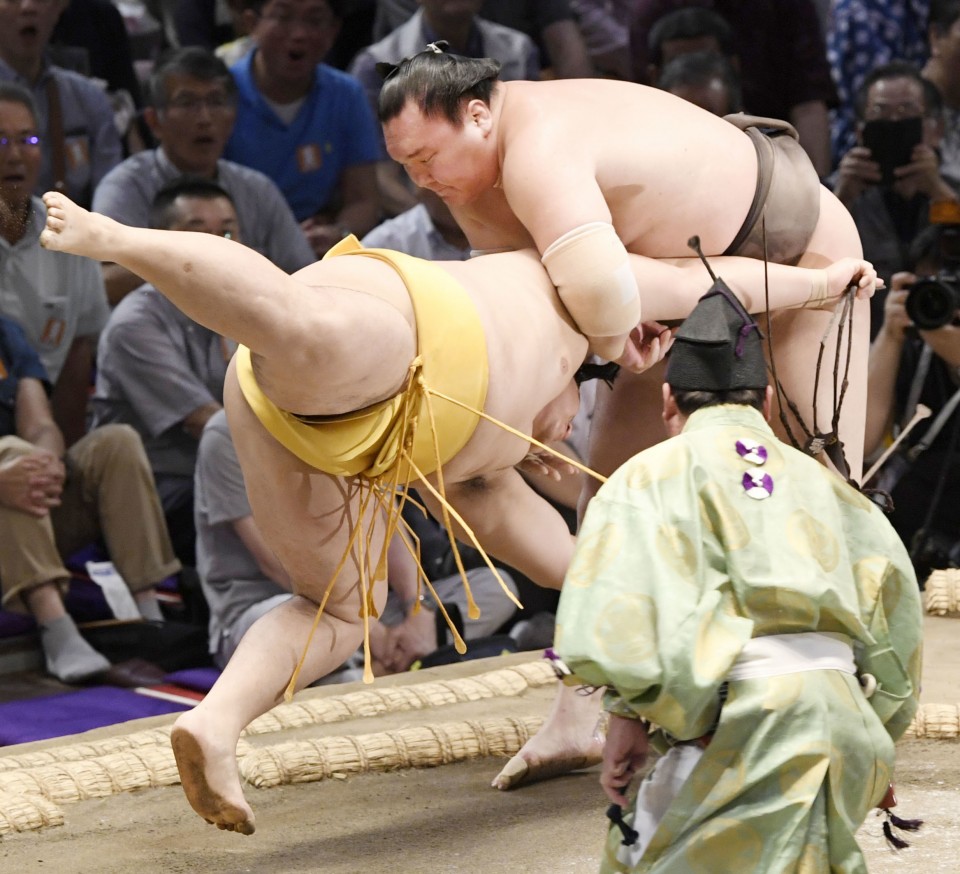 Following the initial charge, the yokozuna threw the No. 2 Endo to the ground in 2.6 seconds after the maegashira missed his chance to grab the yokozuna's belt.

The Mongolian grand champion is gunning for a record-extending 43rd championship, and his first since winning with a perfect 15-0 record in March. He skipped the previous meet in May to treat an arm injury.

The three ozeki, competing at the sport's second-highest rank, had mixed fates.

Tochinoshin, who hurt his left shoulder ahead of the current 15-day tournament, once again failed to post his first win. The ozeki was unable to resist No. 1 Asanoyama (2-3), who grabbed Tochinoshin's belt with his left hand and bulldozed him out.

Goeido (3-2) claimed a hard-fought win over komusubi Ryuden (2-3). Both wrestlers struggled to find a belt grip, but the ozeki gained a right-handed over-arm hold before slapping Ryuden down. 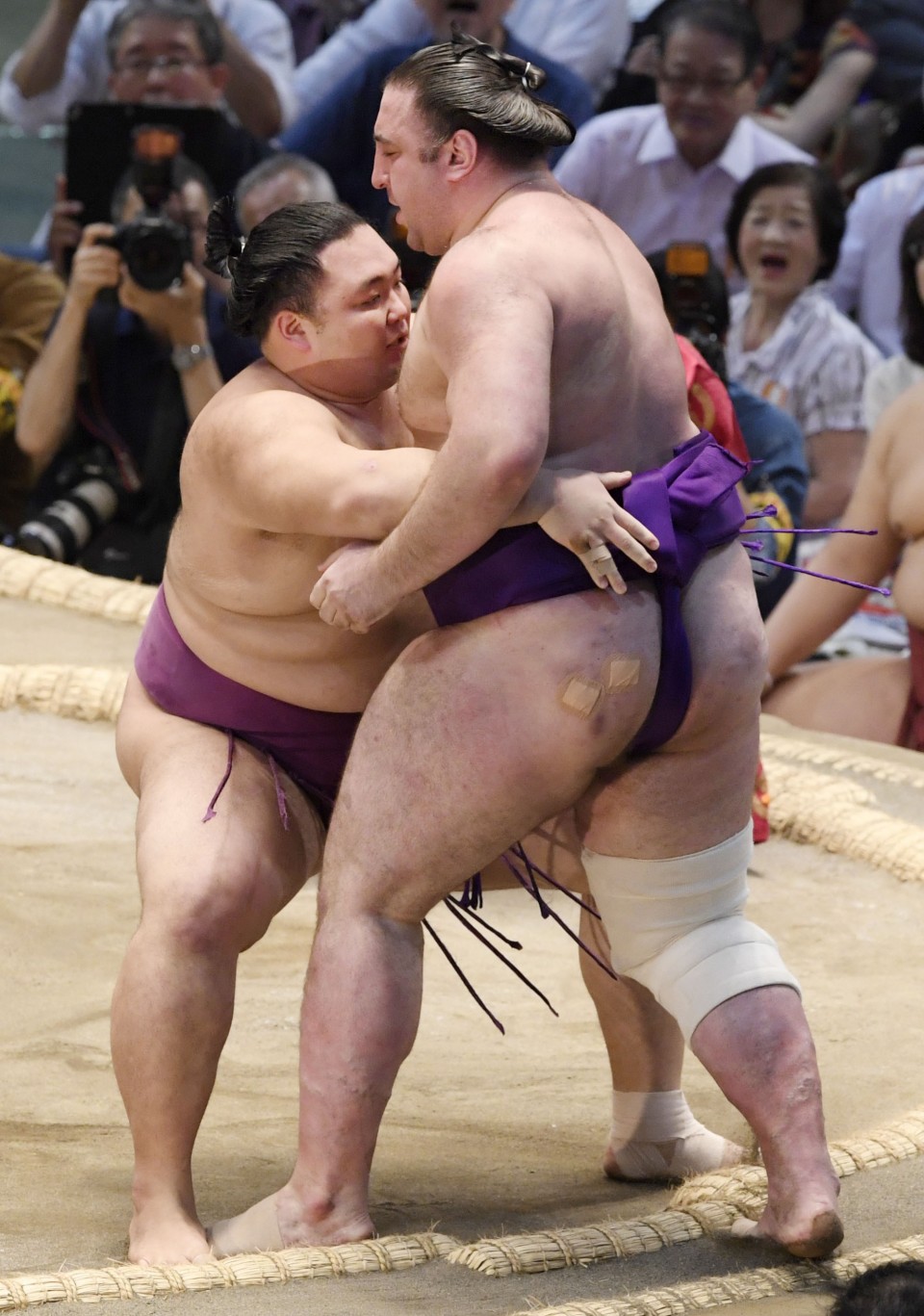 Takayasu (4-1) remains one win behind the leaders after beating newly promoted komusubi Abi (1-4).

No. 1 Hokutofuji (2-3) showed off some quick footwork as he battled back from the edge before slapping down Mitakeumi (3-2), the winner of last year's Nagoya meet.

Terutsuyoshi, competing in his third meet in the makuuchi top division, defeated No. 15 Yago (2-3).

Tomokaze beat No. 7 Myogiryu (3-2) to stay unbeaten at this meet. Myogiryu seemed to have the advantage with a "migi-yotsu" right-underarm grip, but Tomokaze managed to throw his opponent down to the clay.