The Tokyo 2020 organizing committee and International Surfing Association got a hint of what to expect when surfing makes its Olympic debut next year following a successful test at the competition's venue on Tsurigasaki Beach.

The four-day dress rehearsal featured 40 Japanese surfers competing in a similar format and under similar conditions to what can be expected in a year's time in Ichinomiya, located on the eastern shore of Chiba Prefecture.

Organizers and athletes contended with rain, heavy fog, small waves and a surprise left overnight by a sea turtle as they got valuable insight into how the Olympic tournament might run at this time next year.

The inaugural men's and women's shortboard competitions will occur in a four-day window between July 26 and Aug. 2, 2020, dependent on weather and wave quality.

"Everything depends on Mother Nature," Fasulo said at the test event which wrapped up on Sunday. 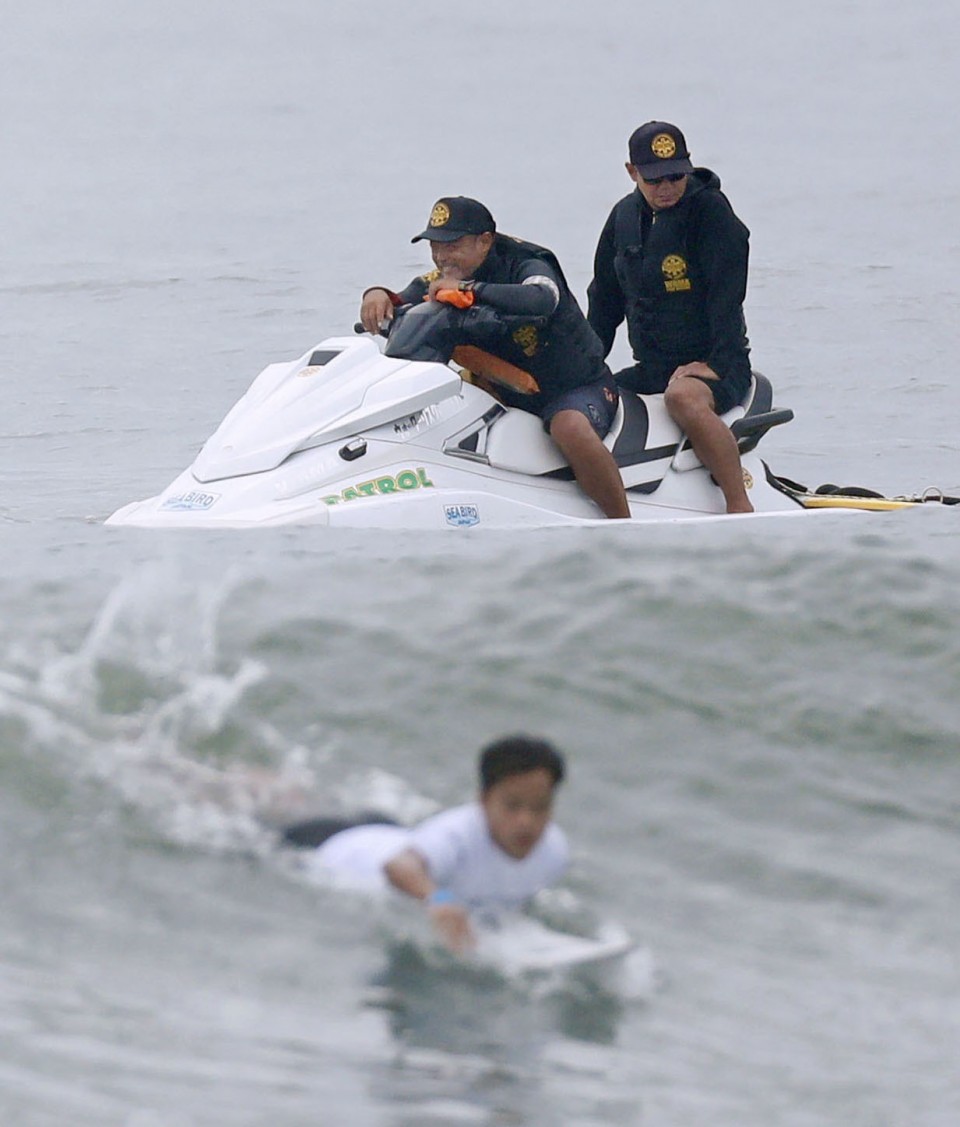 Olympic prospects Hiroto Ohara and Minami Nonaka topped their respective fields in the men's and women's test competitions while riding waves of around 1 to 1.5 meters, which according to Fasulo is "absolutely contestable."

Ohara, an Ichinomiya native, said, "The water will be the same a year later."

In addition to testing the four-person heat format, with the top two surfers advancing to the next round, organizers also worked on their crisis management, with Mori saying they will cooperate with the prefectural police and Japan Coast Guard to ensure safety in and out of the water.

While not needed, a police boat and several emergency watercraft stood by on watch throughout the event in case there were any accidents.

Prior to the event's start on Thursday, organizers had to cordon off a segment of the beach in front of the judges' viewing area where a loggerhead sea turtle had laid its eggs. 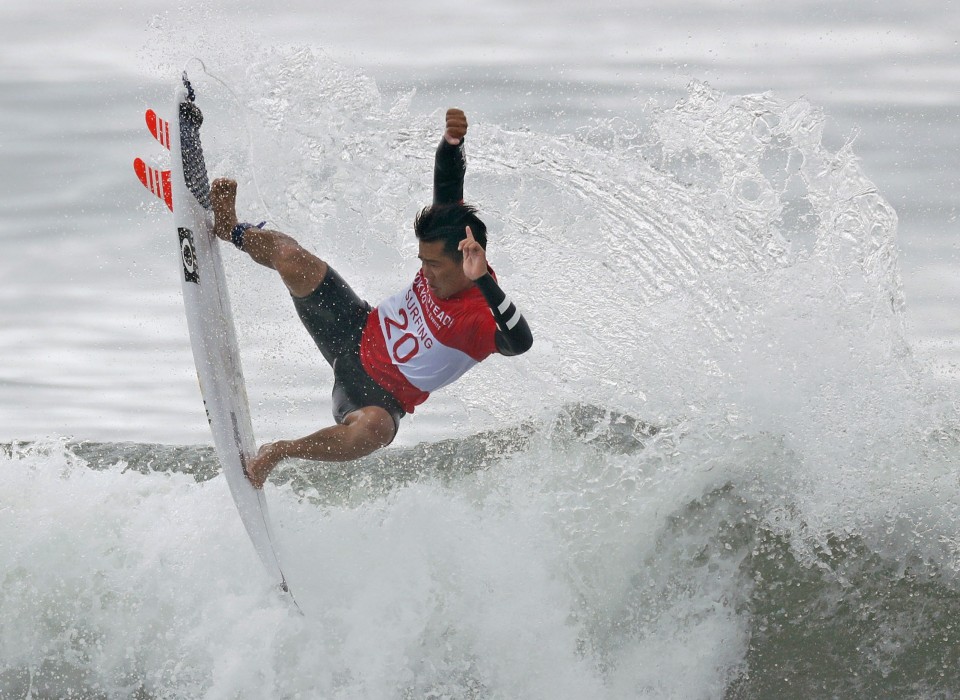 With spectators occupying the same space at the games next year, Mori said they will coordinate with local protection groups in order to watch over any eggs, should any be laid on the beach again.

Akemi Watabe, the head of a local group that surveys the turtles' egg laying and conducts conservation activities along the coast, said she hopes "people can enjoy (sports) while preserving nature."

Aside from natural obstacles, organizers said they were satisfied with the location and had something special in store for those lucky enough to score tickets for the historic events.

"For us it was important to have the right location with the right waves. There's ample space on the beach for spectators, and the area behind will also be used as a festival area, where tickets for surfing will be valid for both places," Fasulo said.

"We think we're going to offer something truly unique to the Olympic movement and bring a lot of value to the program. We think that the Japanese public and the games are in store for something really special."

The 2020 surfing events have been provisionally scheduled for July 26-29, with tickets being sold for four extra days in case of bad weather. Organizers are planning alternative entertainment on all eight days for those who miss out on the competition. 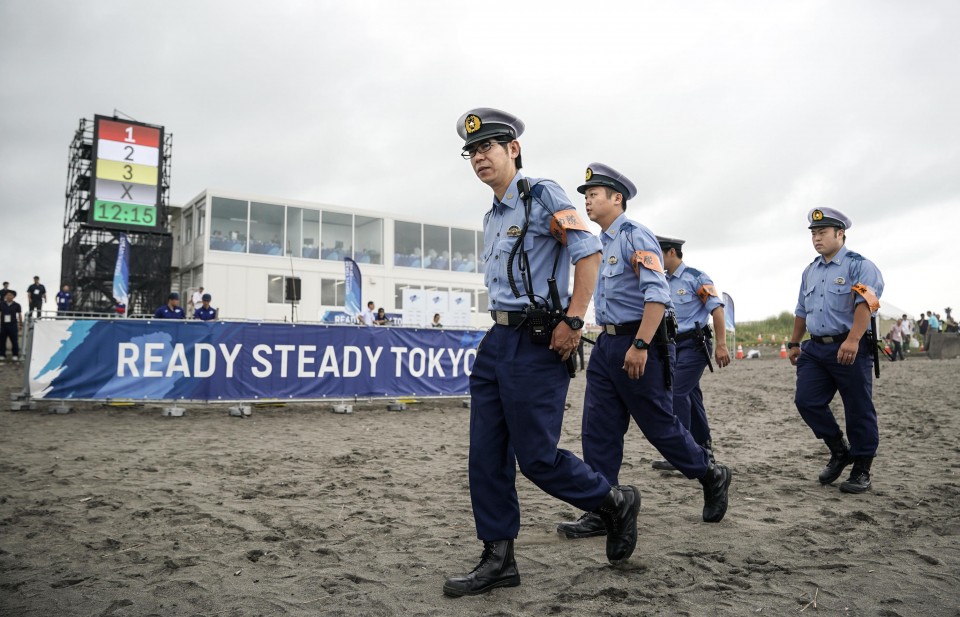