Journalists got a first-hand look at the nearly-completed main stadium for the Tokyo 2020 Olympic Games, during a media tour of the site on Wednesday.

The Japan Sport Council, who are overseeing the building of the New National Stadium, said construction is almost 90 percent finished and on schedule for completion by the end of November.

The exterior of the multi-purpose stadium is nearly finished, the laying of grass is scheduled for mid-July, and the running track will be installed in August and September. 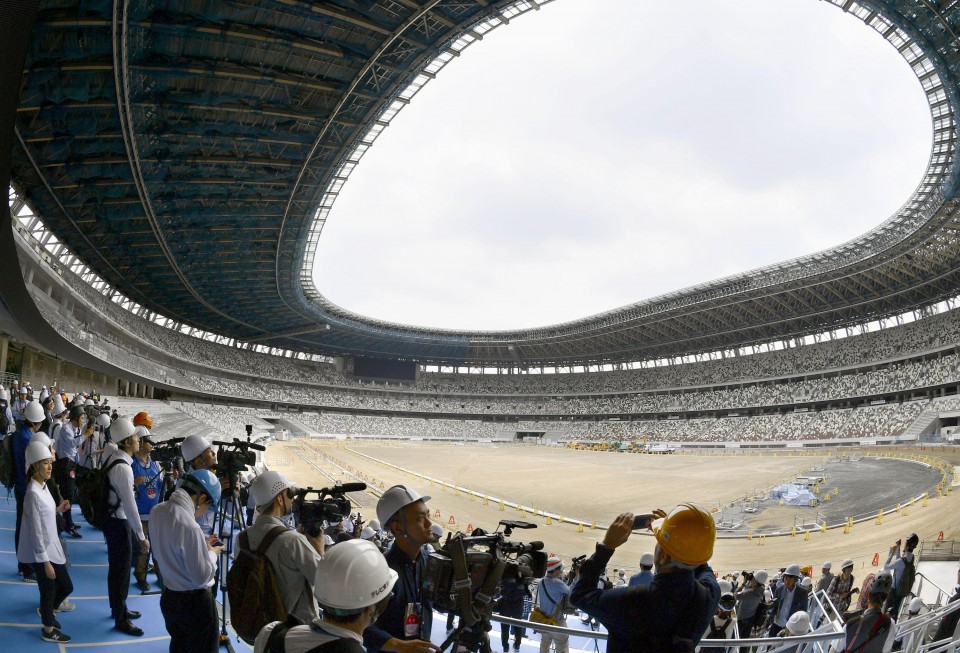 "We hope to keep up the good work for the remaining five months and do a thorough job," a JSC official said.

The JSC also announced they will hold an opening event, featuring athletes and artistic performers on Dec. 21, which the general public can attend. A completion ceremony is scheduled for mid-December.

Construction of the stadium -- which will host the opening and closing ceremonies of the Olympics and Paralympics, as well as the Olympic women's soccer final -- commenced in December 2016. 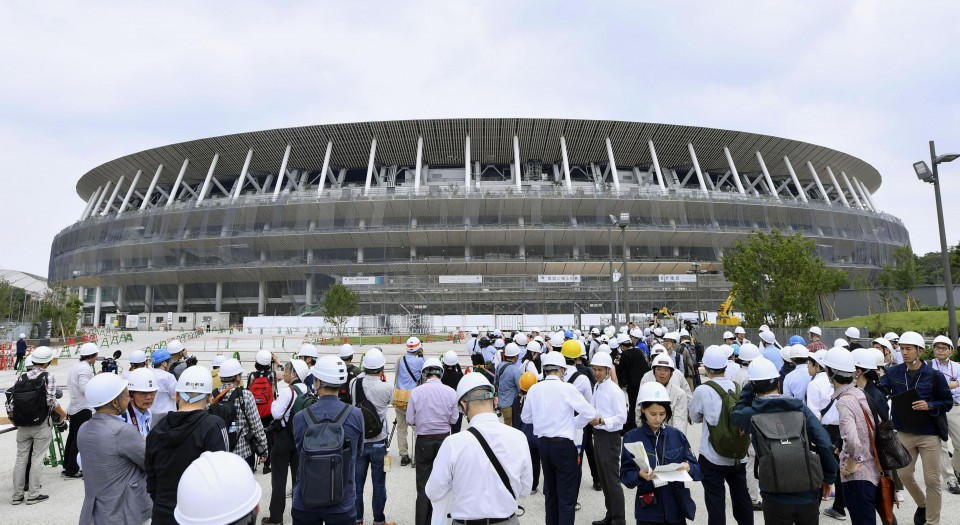 A total of 185 fans and a misting system in eight areas will reduce heat and cool the stadium, while high-definition mega-screens have been placed in the northern and southern areas. Wood from all of Japan's 47 prefectures was used to craft the eaves of the stadium's distinctive roof.

The first sporting event to be held in the venue will be the Emperor's Cup men's soccer final on Jan. 1.