Former Japan manager Akira Nishino, who guided the Samurai Blue to the last 16 at the 2018 World Cup, was officially named head coach Wednesday of the Thailand national and under-23 men's teams.

The 64-year-old will lead the War Elephants in upcoming 2022 World Cup Asian qualifiers, as well as oversee Thailand's campaign as host nation at the 2020 Asian Football Confederation U-23 Championship.

"(Nishino's) appointment marks a historic milestone for Thai football by becoming the first ever Asian head coach to helm the Thailand national team," the Football Association of Thailand said in a statement. 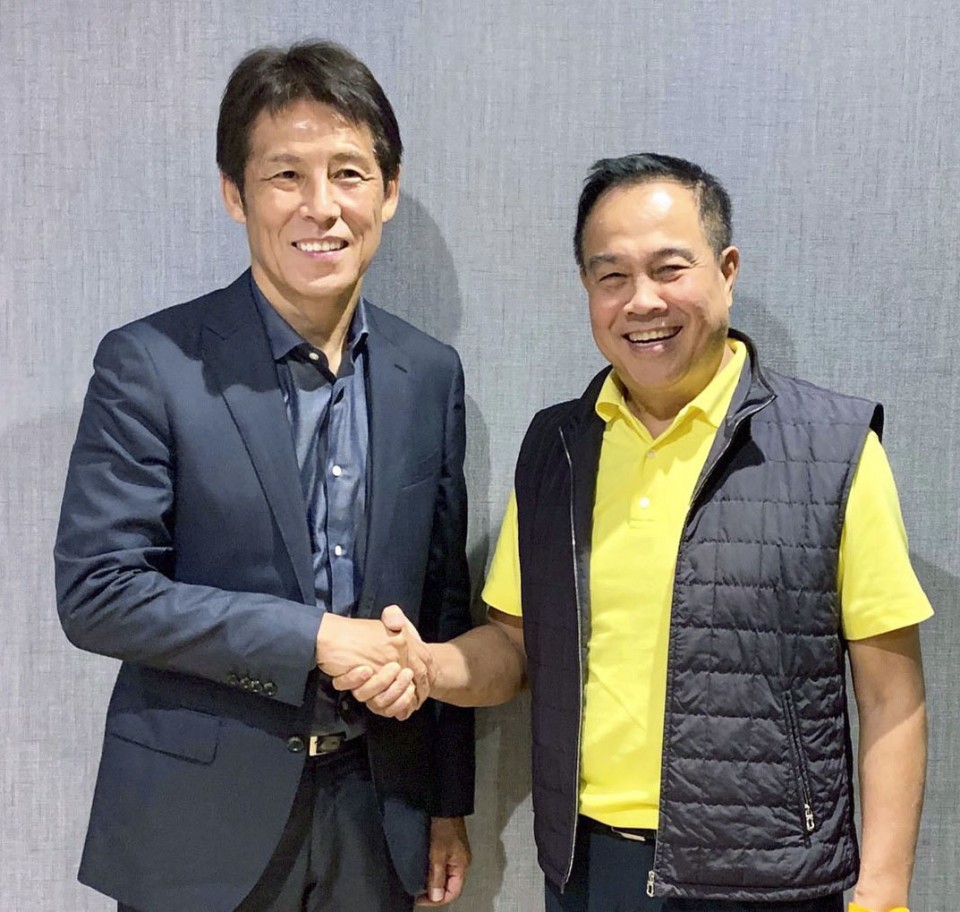 Nishino traveled to Thailand in late June to meet with Thai FA officials and observe the domestic league. He was quoted in a local television interview as saying, "There is strong potential for growth."

He is scheduled to hold a press conference with Thai FA chief Somyot Pumpanmuang in Tokyo on Friday, according to the association.

Formerly the Japan Football Association's technical director, Nishino stepped down as manager of the Samurai Blue following their elimination by Belgium in the round of 16 at last year's World Cup in Russia.

Having taken the reins following the sacking of predecessor Vahid Halilhodzic in the buildup to the tournament, Nishino was widely praised for helping Japan's oldest-ever World Cup squad exceed expectations.