Liam Nikuro, a 21-year-old Japanese-American virtual social media influencer, lives out a jet-setting life between Tokyo and Los Angeles for all to watch online as he tries to break into the music industry.

On his Instagram and Twitter posts about considering changing his hair color, working with Grammy-winning music producers and disliking cold weather, Nikuro receives dozens of comments in various languages, some praising him for his looks and others professing their love for him.

Some express disbelief that Nikuro, with his 11,000 followers, is, in fact, a fictional character. 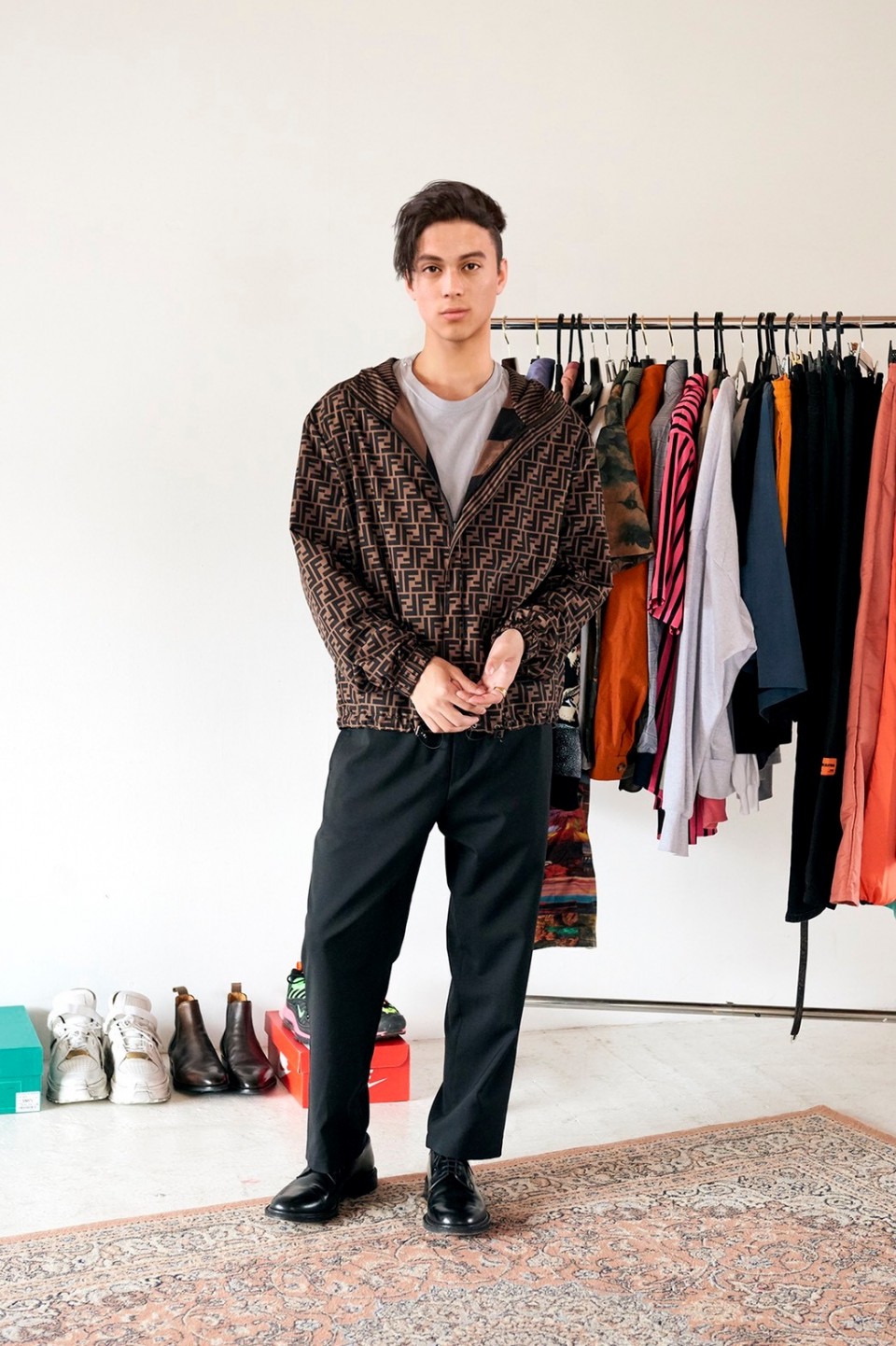 (Liam Nikuro, a 21-year-old Japanese-American social media "influencer," is created by superimposing a 3-D face created digitally on to a model's body. Nikuro's creator, 1sec Inc., plans to release music under his name this year.)[Photo courtesy of 1sec Inc.]

The 19-year-old Lil Miquela -- also known as Miquela Sousa -- debuted on Instagram in 2016 and has since leveraged her 1.5 million followers to partner with fashion brands such as Prada and Calvin Klein.

"He may be fake, but he has a real personality," Hirokuni Genie Miyaji, Nikuro's creator and founder and CEO of Tokyo-based 1sec Inc., a "virtual human planning and production" company, said in a recent interview with Kyodo News.

"He will touch on real human issues."

Since his March 28 debut -- timed ahead of the changing of the Japanese imperial era -- Nikuro has published several posts in English and Japanese that call attention to climate change and political movements, among photos that hint at his future musical projects.

"With protests in (Hong Kong) intensifying, geopolitical tensions rising and earthquakes hitting Niigata, Japan, seems like I've only seen negative headlines in the news ever since the start of the Reiwa era," Nikuro wrote in a recent Instagram story.

"So, this summer, I'm going to start announcing projects that I think will make the world a brighter place."

Counting among his "friends" pop musicians Post Malone, Skrillex, and Bruno Mars, Nikuro is poised to release music this summer, according to Miyaji.

But first, he needs a voice.

"We're currently searching for an attractive voice," said Miyaji, who added that Nikuro would speak in English.

Inspired by Grammy-nominated K-Pop group BTS, Miyaji intends to ride the K-Pop genre's wave of success in the United States to get Nikuro's music into the charts.

"Asian culture is gaining traction on the world stage, and the Olympics will be in Tokyo next year. In five years, the World Expo will be in Osaka," said Miyaji.

"In between all of that, it will be interesting if a Japanese virtual human wins a Grammy. We're working on earning a Grammy next year."

Miyaji was inspired to create a virtual human two years ago when virtual and augmented reality began to be widely utilized in products like Google Glass and the smartphone app game Pokemon Go. When Lil Miquela's Instagram presence gained popularity last year, he wondered whether he could recreate her fame, but with a male character.

Miyaji envisioned a young man with "a face like Justin Bieber's, but more Asian."

Currently, five people collaborate to maintain Nikuro's virtual presence, including three who digitally create his face, which is superimposed on a male model; Miyaji takes charge of Nikuro's "voice" in photo captions and posts involving text.

Nikuro is not an avatar -- like vocaloid Hatsune Miku, whose voice is created by a synthesizer -- but a "virtual human," said Miyaji.

A virtual being, unlike an avatar, has a backstory and exhibits consistent behavior, behavioral neuroscientist Dr. Walter Greenleaf of Stanford University's Virtual Human Interaction Lab explained in an interview with Kyodo News.

"It would be interesting to see if they add another layer of behavior, like how the (virtual human) moves, how they sit, how they speak, voice tone. There are so many layers of what makes a character engaging...their history, their goals and aspirations," said Greenleaf.

Greenleaf, who has worked for 30 years in the field of virtual reality, which refers to creating content in a simulated environment, is optimistic about using virtual environments to improve public health, such as individuals with post-traumatic stress disorder or addiction and elderly people experiencing cognitive decline.

However, he warns against immersing young children in virtual environments through the use of an Oculus headset, for example, as kids "have trouble telling reality from unreality."

"Unless we're careful with what we build into these characters in terms of ethics and social learning and behaviors on their part, we...might teach (lessons) that we don't think should be taught."

Using computer graphics to create characters has become more mainstream, Miyaji said, and 1sec has received inquiries from companies hoping to have their own virtual humans to use in marketing. Virtual influencers are safer investments for brands' advertising campaigns, Miyaji argues, as they are not susceptible to human mistakes.

"Real people will age, get sick and start scandals -- like Pierre Taki," the front-man for Japanese synthpop group Denki Groove who was dropped by his management company in Japan after pleading guilty to cocaine use.

Cathy Hackl, a futurist and coauthor of "Marketing New Realities: An Introduction to VR and AR Marketing, Branding and Communications," believes today's teenage and young adult social media users are largely accepting of virtual influencers because they are "very much into authenticity and purpose, but also a lot more fluid in their definition of identity."

"I also think it can be a sign of influencer marketing fatigue from the consumer," said Hackl.

"Posts that (are) sponsored are paid for by brands, and that can take away authenticity at times, and folks see this as pay-to-play instead of an authentic post by the influencer."

"If this is how a consumer sees these posts, then why not have an influencer that is in fact not human post for a brand? In some way, it's even more authentic and honest at times."

Miyaji will be careful to avoid such "marketing fatigue," he says, as he crafts Nikuro's public image.

"Influencers these days promote items even if they don't want to on Instagram because they're earning money from the partnership. I don't want Liam to do anything like that," said Miyaji.

That would make him seem inauthentic, he said, adding he hopes to someday bring Nikuro off social media and into the physical world by creating a hologram with which fans can interact.

However, unlike Hatsune Miku's hologram -- with whom a Tokyo man staged a wedding ceremony last year -- Nikuro would not be available for "romantic relationships," Miyaji said.

"He's everyone's Liam," he said, adding that he does not envision creating a virtual companion for the character.