Gov't not to appeal against damages awarded to leprosy patients' kin

In late June, the Kumamoto District Court ruled in favor of 541 plaintiffs, ordering the state to pay a total of about 370 million yen ($3.4 million) in damages. The government had until Friday to decide whether to appeal against the ruling, and the decision came ahead of an upper house election on July 21.

It was the first ruling awarding compensation to family members of patients who suffered discrimination in the form of isolation in sanatoriums under the government's decades-long segregation policy. 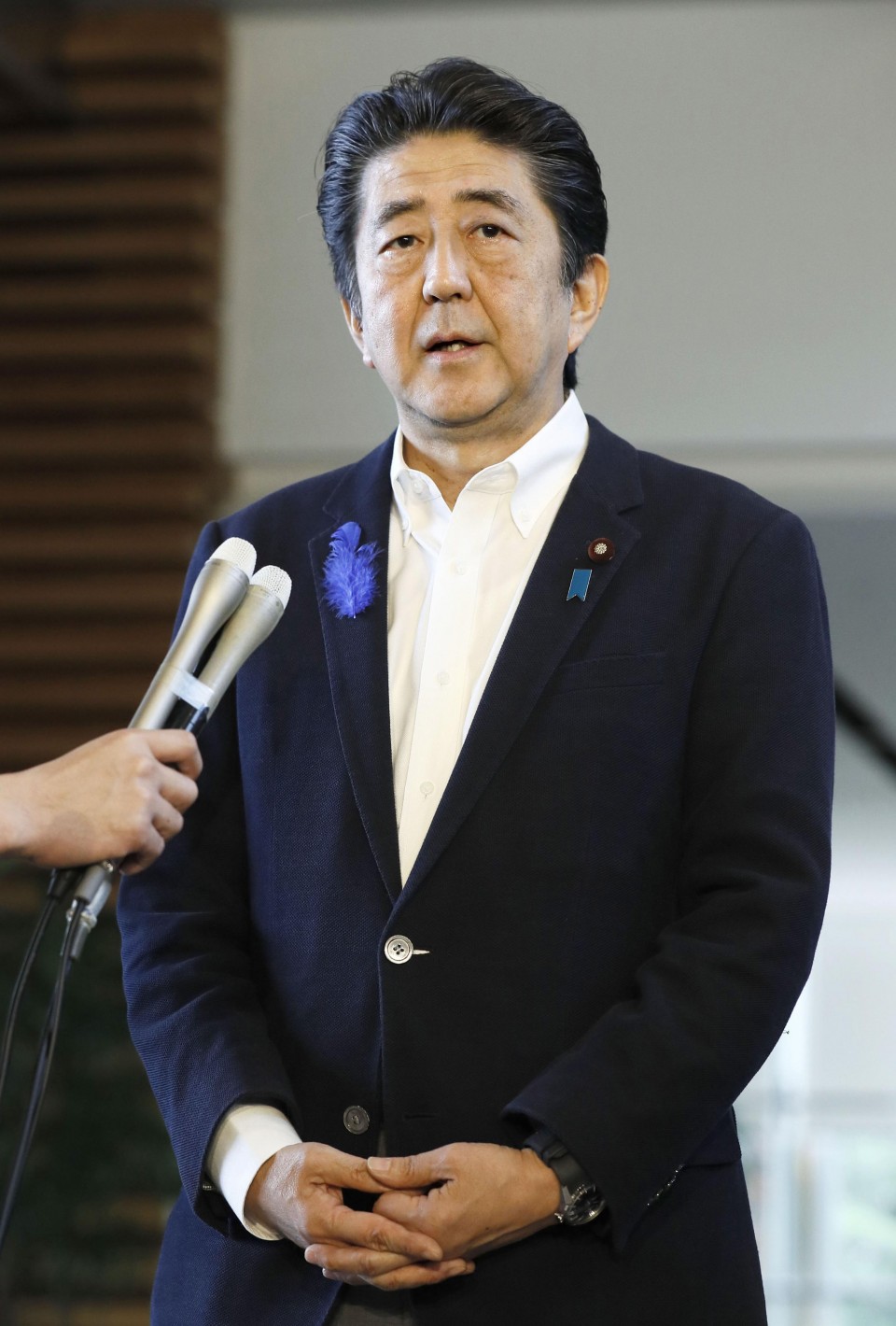 (Abe announces a decision not to file an appeal.)

"We cannot prolong the hardship of family members who have gone through something indescribable. Though it's a rare move, we've decided not to appeal against the ruling," Abe told reporters.

There were voices within the administration in favor of an appeal, but the latest decision was apparently motivated partly by political calculation that an appeal would negatively impact its electoral chances.

In its ruling on June 28, the Kumamoto court said the state acted illegally by failing to end segregation by 1960 and retaining the leprosy prevention law until 1996.

The ruling recognized that the government's segregation policy made it difficult for patients' family members to enter schools, find jobs and get married.

A total of 541 out of the 561 plaintiffs who are family members of former leprosy patients across the country were awarded between 330,000 yen and 1.43 million yen each.

Victims and families were emotional, saying that they were elated by the news after a very long fight for vindication. 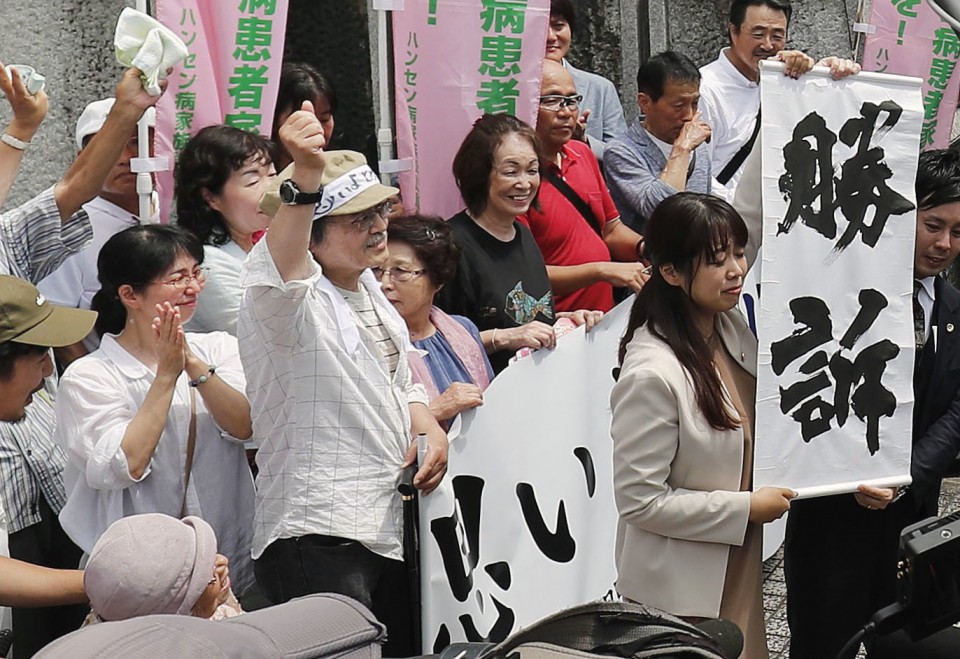 (Supporters of family members of former leprosy patients celebrate in front of the Kumamoto District Court in southwestern Japan on June 28, 2019, as the court orders the government to compensate the families for discrimination suffered due to its decades-long segregation policy.)

Harumi Oku, a 72-year-old plaintiff from Kumamoto Prefecture, called the decision "historic." When she was a child she was forcibly separated from her mother, a leprosy patient.

"My relationship with my mother cannot be restored but I am so glad that I plucked up courage and raised my voice," Oku said.

Chikara Hayashi, the 94-year-old leader of the group of plaintiffs, said redress should have been provided to the families long ago.

The court verdict and decision "came too late," the resident of the city of Fukuoka said.

"The government should pour all of its efforts into resolving the discrimination against citizens it has fostered through its wrong policies," he said.

Japan has already launched a compensation system for former leprosy patients, regardless of whether they were isolated in sanatoriums. It came after a 2001 court ruling that found that the policy implemented under the nation's leprosy prevention law, which was in effect from 1907 and 1996, was unconstitutional.

Then Prime Minister Junichiro Koizumi decided not to appeal against the ruling, which ordered the state to pay a total of 1.82 billion yen in damages to former leprosy patients. Koizumi also issued an apology to them.

These government responses do not indicate that redress would be achieved for all sufferers of leprosy-related discrimination or over other state-sanctioned discrimination against individuals with certain medical conditions.

Representatives of plaintiffs affected by unfair treatment of leprosy patients say that it is difficult to know the total number of victims since many families have not filed suit.

Abe has not mentioned the nation's liability or apologized for the matter.

And Nemoto has indicated that the government's position related to the Kumamoto District Court's ruling will not inform future government responses to similar court cases or those related to the now-defunct eugenics law.

Suits are pending, including one at the Supreme Court in the western prefecture of Tottori by a man whose mother had leprosy.

In May two women who underwent forced sterilization under the eugenics law appealed a district court ruling that rejected their damages suit against the government despite ruling the law unconstitutional.