Two softball games and one baseball game in Fukushima next summer may be little more than an 2020 Olympic cameo, but local fans are thrilled to have them, largely in the hopes they will give their prefecture a badly needed public relations boost.

Fukushima was one of the three northeastern Japan prefectures that bore the brunt of the March 11, 2011 earthquake and tsunami along with Miyagi and Iwate prefectures and will be part of the focus next year now that Tokyo Olympic organizers have dubbed the games "the Reconstruction Olympics." 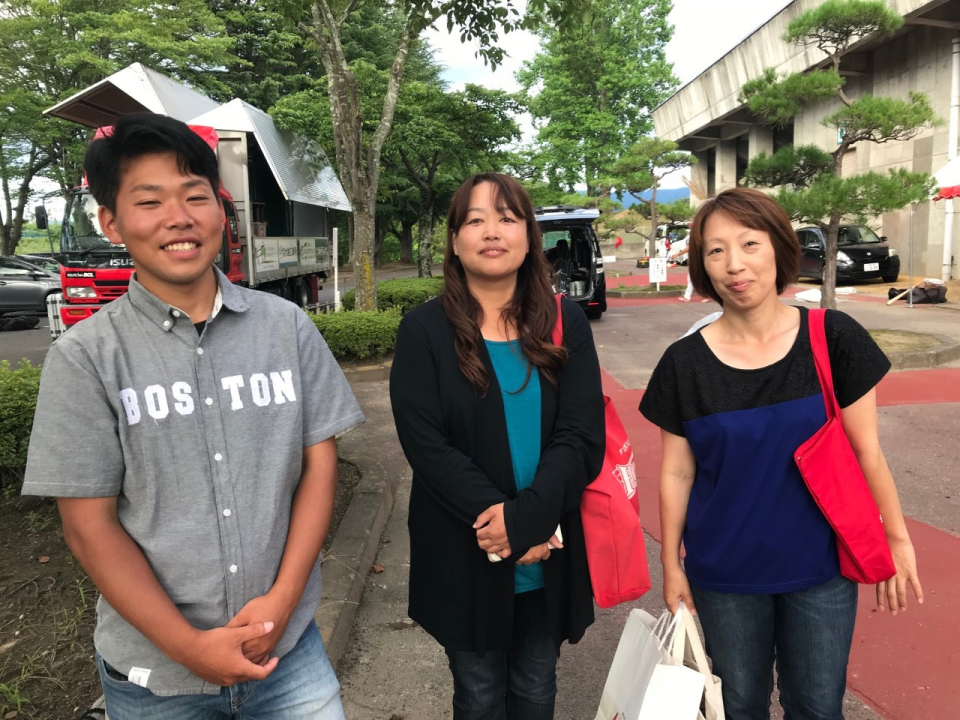 (Baseball fans stand outside Botandai Stadium in Sukagawa, Fukushima Prefecture after a July 17 game between the Fukushima Red Hopes and the Tochigi Golden Braves. From left to right, Koki Unuma, Kaori Unuma and Yukari Koyama.)

The 2011 disaster killed over 15,800 people and forced the evacuation of up to 470,000, while triggering a triple meltdown at the Fukushima Daiichi nuclear power plant. Even eight years later, Fukushima suffers from the suspicion that food from the prefecture might be contaminated. And locals see the Olympics as an opportunity to show off their region the way they see it.

Koki Unuma, a resident of Koriyama and a baseball fan who follows the local independent minor league club, expressed hope that the Olympics will put Fukushima Prefecture in a good light.

"It's a chance to show that Fukushima has become vibrant again," he said at a game in Sukagawa between the Fukushima Red Hopes and the Tochigi Golden Braves. "I wonder how foreign people will view us. I want the place to be packed with foreign visitors, so that people will see we are doing well, and that they tell others. I'm excited to have the games here."

One man, who declined to give his name but said he had worked until recently not far from the stricken nuclear plant, said Fukushima had largely recovered but felt the symbolism of being included in the Olympics had value.

"There is basically one area that is not back (around the damaged plant), but by and large Fukushima has recovered," he said. "I think as a symbol the Olympics are a good idea. What they mean by 'the Reconstruction Olympics' is a little vague to me. That area around Soma is hard hit, but as a whole Fukushima Prefecture is doing very well." 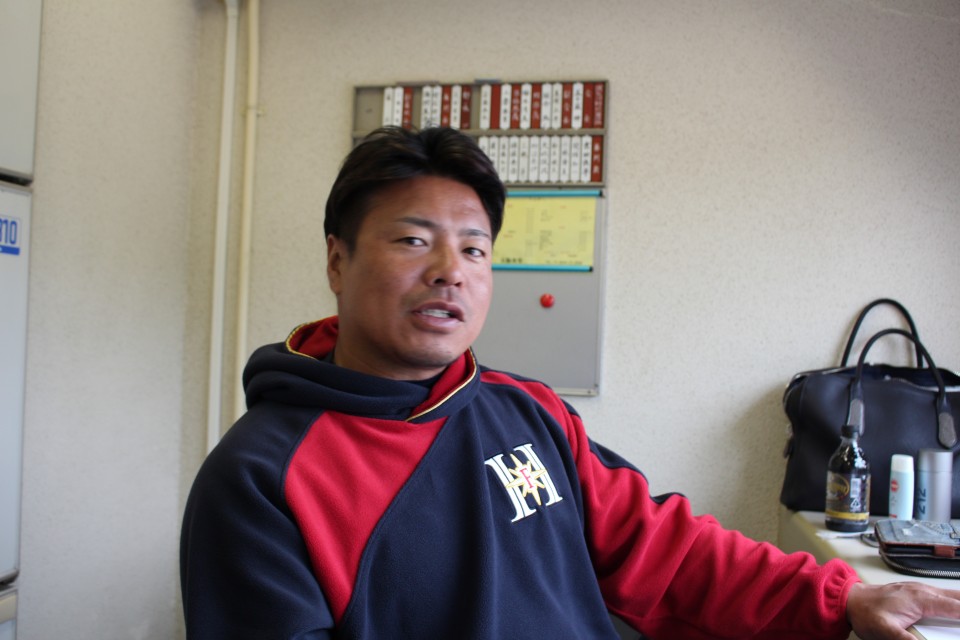 (Former major leaguer Akinori Iwamura, manager of the Fukushima Red Hopes, believes hosting great games at next year's Olympics can make a difference in a prefecture that is still recovering from the 2011 earthquake and tsunami. Photo at Botandai Stadium in Sukagawa, Fukushima Prefecture, July 17, 2019.)

The plight of the prefecture encouraged former major leaguer Akinori Iwamura to help start up the Red Hopes, where he serves in a dual role as manager and team president.

"People living in Fukushima have suffered the most. It's almost as if they are being treated as wrong doers. The rumors are terrible," he said in a recent interview with Kyodo News. "Some evacuee children have been bullied in the towns they've been relocated to. That is the most intolerable."

"The (evacuee) kids going back to visit Fukushima might receive some kinds of gifts to take back with them, but some must feel those things, candy and the like, are troublesome, because at rest areas along the expressway people find uneaten candy from Fukushima thrown into the garbage bins."

"It makes you realize people don't know how many of the things they hear they can actually believe."

Iwamura said that consumers outside Fukushima have second thoughts about the safety of the food raised there and local farmers cannot get fair value for their products. But he said the Olympics are a golden opportunity to change peoples' perceptions of Fukushima.

"For us baseball people here, we want to make the baseball and softball games held here a success," Iwamura said. "If we can be wildly enthusiastic about them and show that to the people coming from abroad, then they will tell others that Fukushima is safe, that the people here are living good lives."

Naomi Nukazawa and her daughter Aya are fans of the Red Hopes and are keen to see the local Olympic competition, but so far have been unable to secure tickets.

"We'll apply again, but right now it is like the people here are getting left out," Naomi said.

"I work at a hotel. This is a chance to get different kinds of guests, I'm really excited about that. People will visit Fukushima (for the Olympics), but once it's over that will likely be the end of it. Perhaps some people will be moved by their time here and that will have a lasting impact in some ways."

"Maybe other Japanese will be influenced by foreigners' positive responses to us, and will remember us, remember Iwate, remember Miyagi, remember our local specialties, because it seems we're forgotten now."

Another Koriyama resident, Yuji Amaha, echoed other locals' complaints that people outside Fukushima don't realize that except for a small area around the stricken plant the region is safe from radioactivity.

"Having a big international tournament here in Fukushima Prefecture is getting people excited," he said. "Iwate Prefecture will take part in the Rugby World Cup, Miyagi Prefecture will have Olympic soccer. In a sense, these things are connected to our recovery and are therefore meaningful."

"The people who live in Fukushima think it's safe. I want those people who...question how safe it is to come. I want people who study the data to say it's safe. Those who doubt the safety should come and see for themselves."

Iwamura expressed optimism for next year and for the future.

"Most prefectures will have no Olympic sports," he said. "That Fukushima is going to have baseball and softball is a thrill, something to be really happy about. Twenty or 30 years down the road, nobody will remember what it is like now."