Japan will decide on Aug. 2 to remove South Korea from its list of countries allowed under preferential arrangements to buy products that could be diverted for military use, sources familiar with the plan said Friday.

The Cabinet of Prime Minister Shinzo Abe plans to endorse South Korea's removal, which will likely take effect in late August, according to the sources. South Korea will become the first country to lose its position on Japan's "white list" after gaining the status in 2004.

Taking South Korea off the white list would further raise tensions with Seoul at a time when Tokyo has said mutual trust has been "severely damaged."

The two countries have locked horns over Tokyo's imposition in early July of tighter export controls on some South Korea-bound materials used in making chips and displays, for security reasons.

The Asian neighbors are also at loggerheads over compensation for wartime labor during Japan's 1910-1945 colonial rule of the Korean Peninsula.

South Korea has expressed opposition to the envisaged removal that could affect more than 1,000 items including electronic parts and machinery, a sharp increase from the three chip-related materials currently targeted. 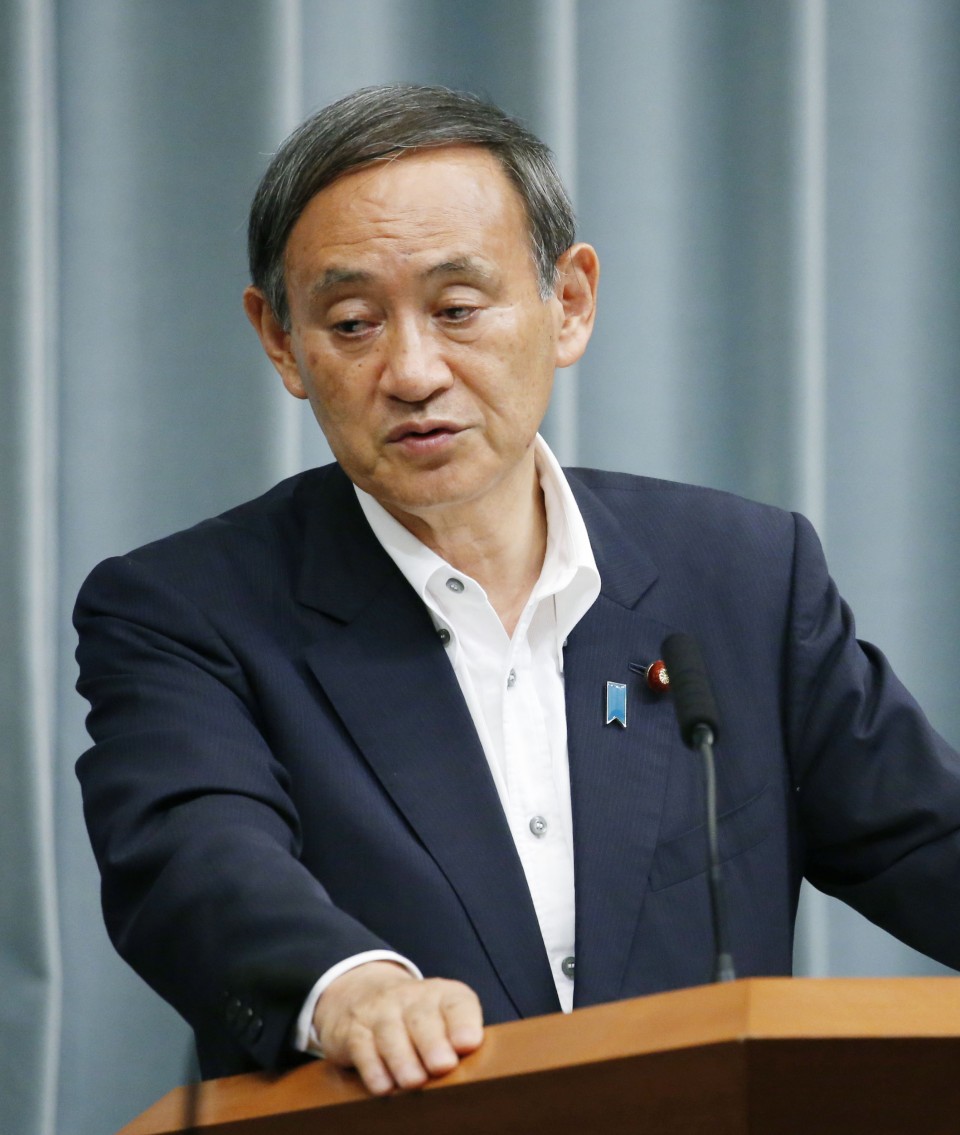 While Tokyo denies the measures undermine the principle of free trade, Seoul is expected to seek international support for scrapping them, including at ongoing talks on an Asia-wide free trade zone under the Regional Comprehensive Economic Partnership.

Japan's Ministry of Economy, Trade and Industry is reviewing public comments it has received on the planned removal of South Korea from the list, Chief Cabinet Secretary Yoshihide Suga said at a press conference.

"As I mentioned before, we believe it's an appropriate step from the viewpoint of enforcing effective export controls to remove (South Korea) from the white list," the top government spokesman said.

The trade ministry received over 10,000 comments from the public between July 1 and Wednesday, with most of them supportive of the measure, according to officials.

South Korea will be removed from the list 21 days after the Japanese government officially announces a relevant ordinance. 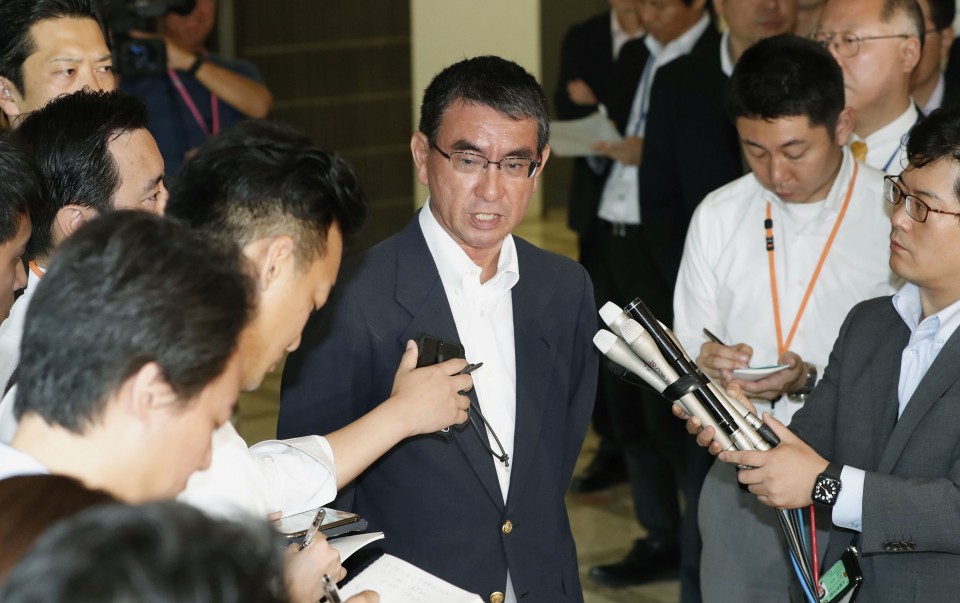 Currently, Japan has a total of 27 whitelisted countries including the United States, Britain, Germany, Australia, New Zealand and Argentina.

By completing simplified procedures, exporters can ship products and technology to such whitelisted countries that could be diverted to military use. But they need to obtain approval from Japan's trade ministry before exporting them to countries that are not on the list.

Kang also urged Japan to undo the tightened restrictions on the export of high-tech materials used by South Korean companies.

As supply chains are intertwined, there are concerns that the measures will hit not only South Korean chipmakers such as Samsung Electronics Co. and SK Hynix Inc. but also Japanese exporters.

Tokyo has cited "significantly undermined" trust between the two countries in moving to applying normal, rather than simplified, procedures for exporting three materials used in smartphone displays and semiconductors.

Stepping up opposition to Japan's export controls, South Korea has taken the dispute to the World Trade Organization, with both sides trading barbs at a meeting earlier this week of the Geneva-based body's General Council. Japan has countered South Korea's insistence that the measure is against WTO rules and undermines free trade.