Grand champion Kakuryu reclaimed the sole lead at the Nagoya Grand Sumo Tournament on Saturday as Hakuho suffered a shock loss to former ozeki Kotoshogiku with one day remaining at the 15-day tournament.

Kakuryu will go into the final day with a one-win lead over his yokozuna counterpart Hakuho at Dolphins Arena. No. 16 maegashira Terutsuyoshi, the only other wrestler in the title hunt, missed his bid for a maiden championship with a loss to No. 1 Hokutofuji.

In the day's final bout, Mongolian Hakuho was forced out of the ring by No. 5 Kotoshogiku (7-7). It was Kotoshogiku's seventh win over Hakuho in 63 bouts.

While the two wrestlers held each other's belts with one hand, Kotoshogiku denied the yokozuna a second hold with his right hand. The yokozuna seemed preoccupied with gaining that grip, and tried a tactical retreat to improve his situation. But Kotoshogiku maintained the pressure, and Hakuho, a 42-time champion, ran out of room and was forced over the straw bales. 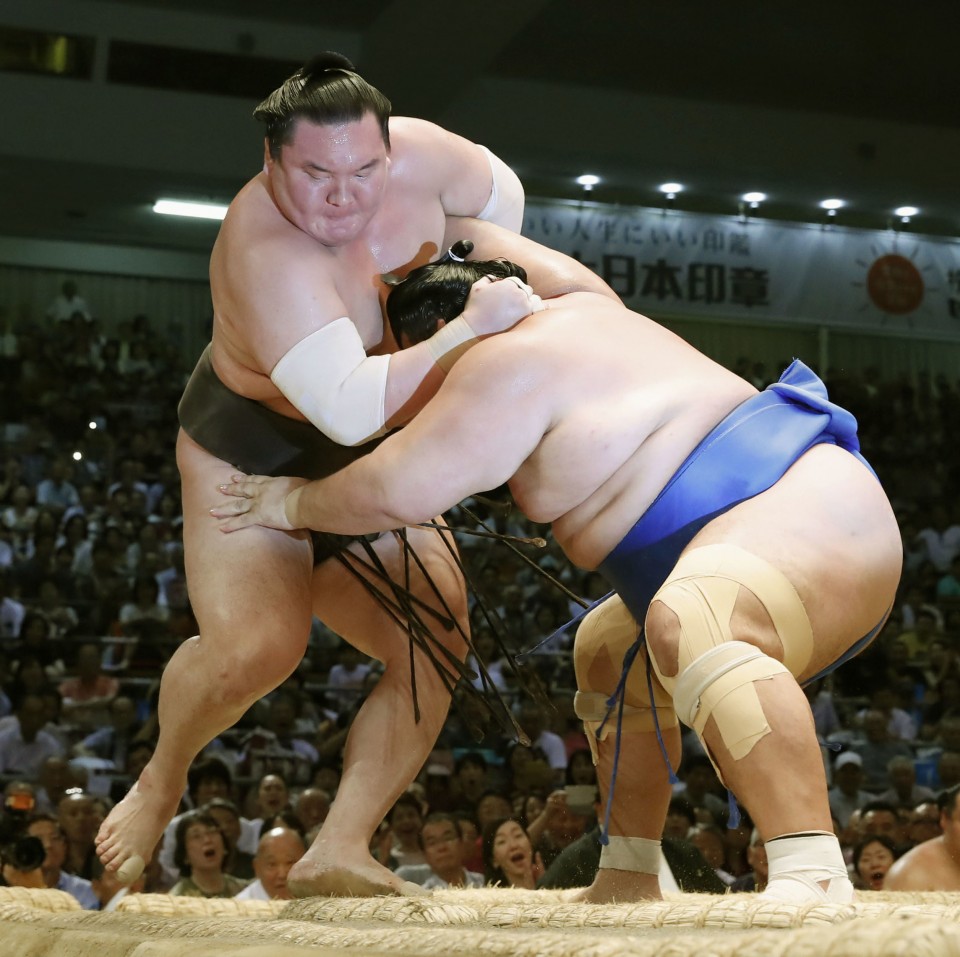 (Hakuho (L) is forced out by Kotoshogiku)

"I couldn't be happier," said the 35-year-old Kotoshogiku, who dropped from the ozeki ranks after the January tourney in 2017 due to knee and lower back trouble. "I'm glad that I've hung in there."

"I really went through a lot. Through the support of those around me, I found my desire to compete," he added.

Kakuryu, gunning for his sixth championship, bounced back from his shock loss the previous day. He demonstrated his strength and confidence against sekiwake Mitakeumi (8-6).

The grand champion seized the initiative off the initial charge. Mitakeumi kept Kakuryu at bay with a left-hand to the yokozuna's throat, the grand champion pressed forward again, seizing the sekiwake's belt with both hands. Kakuryu then stood his opponent up and forced him backward, sealing the bout in 5.1 seconds. 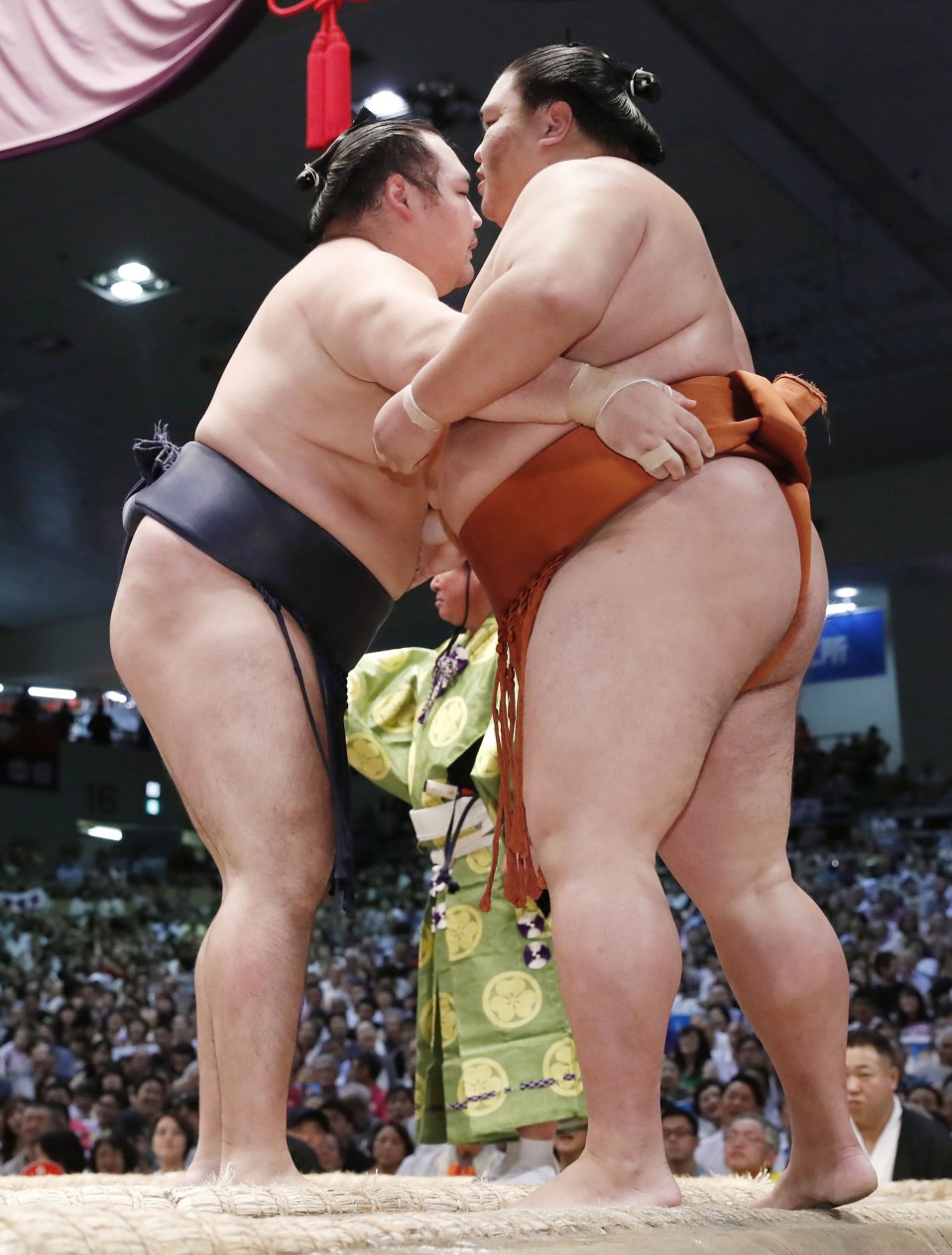 In the first career bout between Terutsuyoshi and Hokutofuji (9-5), the top-ranked maegashira twisted his opponent down to the ring just after the initial clash.

Terutsuyoshi could do little as his opponent locked his arm around his neck and drove him face down to the clay.

Among the rank-and-filers, No. 14 Enho (8-6), the division's lightweight at 99 kilograms, snapped his three-bout losing streak and secured his first winning record in the elite makuuchi division.

He beat No. 7 Myogiryu (8-6) in a hard-fought win in front of a crowd cheering his name. Following a pair of false starts, Enho chased the former sekiwake around the ring without being able to get a hold of the veteran's mawashi. After seizing a belt hold with both hands, the 24-year-old forced the 155-kg Myogiryu out backwards.

"I was finally able to win. I really struggled when I wasn't able to post any wins, but I was able to keep fighting because people around me really cheered me on," he said.