With 64 day to go until the Rugby World Cup kicks off in Japan, tickets destined for international fans began shipping Thursday from Tokyo.

Around 33 percent of the 1.8 million tickets that the local organizing committee hope will be sold by the time the tournament kicks off on Sept. 20 are destined for fans living overseas, and the shipping process will see packages delivered to more than 170 countries worldwide.

"The sense of excitement and expectation I experienced today will be replicated hundreds of thousands of times across the world in the coming weeks, as fans in more than 170 countries receive their Rugby World Cup tickets."

Close on 1.5 million tickets have already been sold and the organizing committee announced the dates for the sale of the remaining tickets. 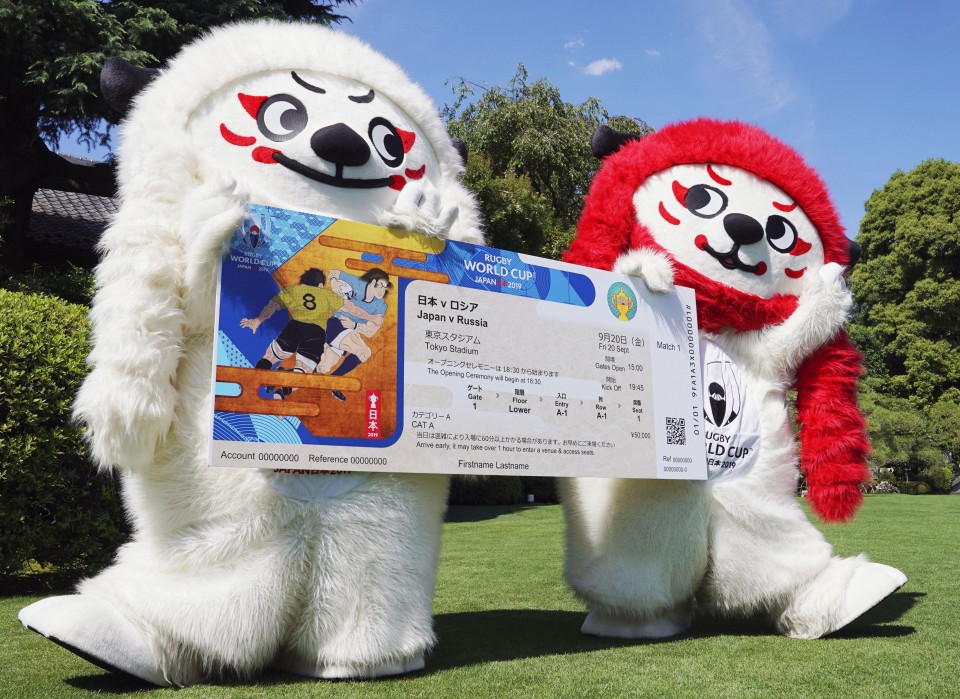 The current sales period, open since 18 May, will finish on at 11:30 p.m. on July 24 Japan Standard Time. The remaining ticket inventory will then be available for a final general sales phase set to begin at 6 p.m. on Aug. 10 at www.rugbyworldcup.com/tickets.

Organizers said these tickets will be "a mixture of seats released from ongoing venue planning and configuration, and handbacks from the tournament's commercial program and unions" along with tickets that have been registered for official resale by fans who can no longer attend matches.

"For overseas fans still contemplating coming to Japan, I cannot encourage you strongly enough to take this opportunity to secure tickets for what promises to be a truly memorable Rugby World Cup," Shimazu said.

"The entire country is getting swept up in Rugby World Cup fever and our 12 host cities are ready to offer an incredibly special and unique welcome. No matter which match you attend, I can assure that you will have an experience of a lifetime."

The tournament, which sees 48 games played at 12 venues from Sapporo in the north to Kumamoto in the south, kicks off in Tokyo on Sept. 20 with Japan playing Russia and reaches its conclusion on Nov. 2 in Yokohama.