UNESCO decided Saturday to add to the World Heritage list two tumulus clusters in western Japan, which represent an ancient burial system and the hierarchy of society at the time.

The decision came at a meeting of the World Heritage Committee of the the U.N. Educational, Scientific and Cultural Organization in the Azerbaijani capital of Baku.

The sites, comprised of 49 tombs in Osaka Prefecture and collectively called Mozu-Furuichi tumulus clusters, include the country's largest keyhole-shaped mound named after Emperor Nintoku, who is said to have reigned in the fourth century. 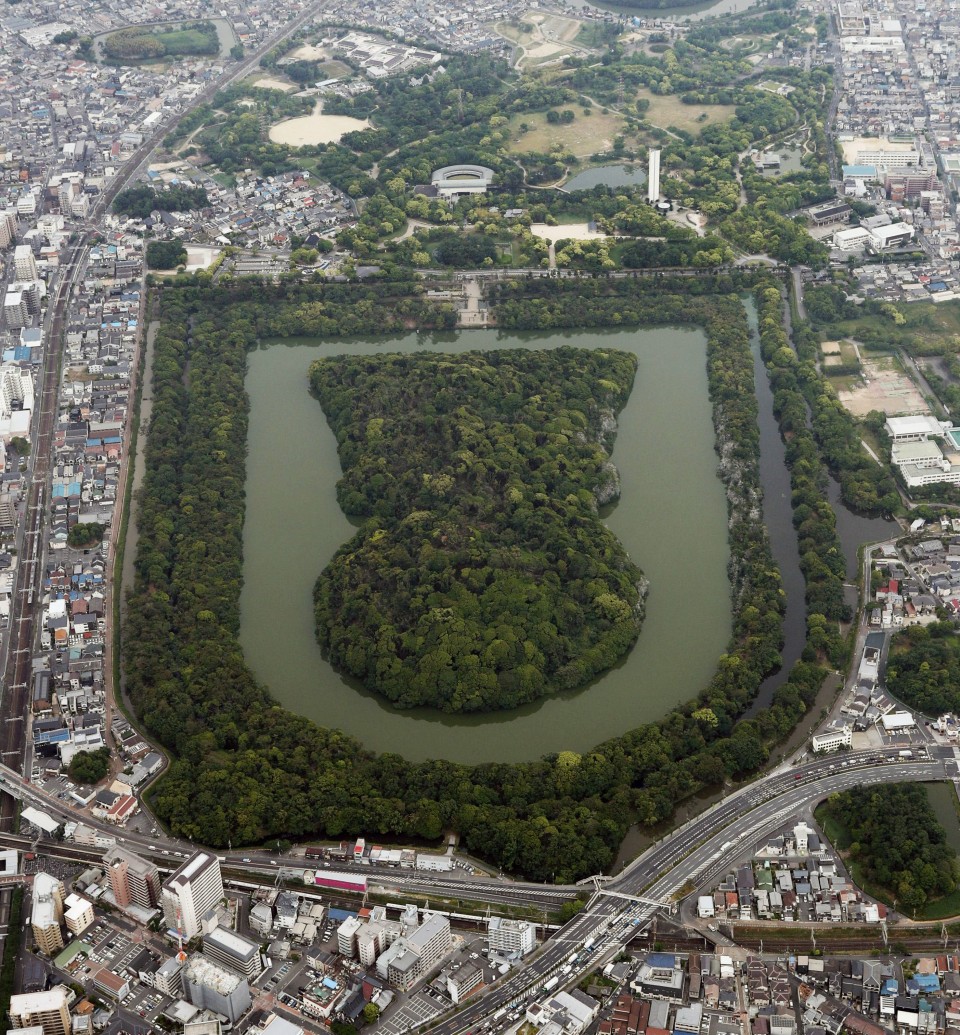 The Emperor Nintoku mausoleum, officially called Daisen Kofun, is part of the Mozu cluster in Sakai and is 486 meters long. It is said to be one of the three largest mounded tombs in the world, along with the Mausoleum of the First Qin Emperor in China and the Great Pyramid of Giza in Egypt.

The 49 tombs, varying in size and shape, are supposed to have been built between the late fourth and the late fifth centuries. With the registration, the number of world heritage sites in Japan increased to 23 -- 19 cultural and four natural sites.

The listing followed a recommendation by a UNESCO advisory panel in May, which said the tumulus clusters demonstrate the ancient period's "socio-political structures, social class differences and highly sophisticated funerary system" and "an outstanding type of ancient East Asian burial mound construction."

Some academics have expressed doubt that the mausoleum is the actual gravesite of Emperor Nintoku, but the site continues to be managed by the Imperial Household Agency as one of the imperial mausoleums in the country, along with 28 other tombs in the two tumulus clusters.

About 10 kilometers to the east of the Mozu cluster is the Furuichi cluster, which includes the Emperor Ojin mausoleum, the second largest mound in Japan with a length of 425 meters.

It was the first time that tombs managed by the Imperial Household Agency were registered as world heritage sites, and the first time spots in Osaka were added to the UNESCO list.

Osaka Gov. Hirofumi Yoshimura said his prefectural government will aim to promote the sites as tourist attractions without compromising their preservation.

"Long-time team efforts by municipalities, residents and others involved in protecting tumulus clusters have been recognized," Yoshimura told reporters at the venue of the UNESCO meeting.

Local authorities first proposed the tomb clusters as a candidate for the World Cultural Heritage site to Japan's Agency for Cultural Affairs in September 2007. In January last year, the central government submitted a letter of recommendation to UNESCO to seek the listing. 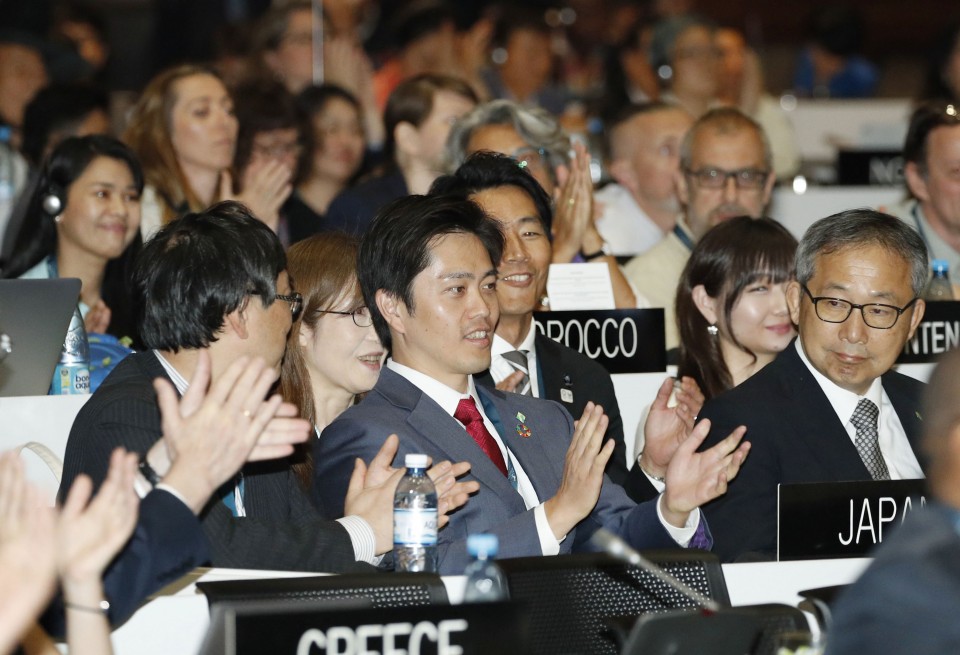