Olympics: Tokyo decorated to mark 1 year to go before Games

Organizers and official partners of the Tokyo Olympic and Paralympic Games ramped up decorations in parts of the city and held events at Haneda airport on Tuesday, one day before Japan starts the one-year countdown to the opening of the games.

In a project dubbed "Nihonbashi City Dressing," Olympic organizers and major real estate developer Mitsui Fudosan Co. decorated the streets of the business and commercial district with flags, curtains and massive posters of the Olympic logo and athletes expected to compete in the games.

Pieces of art depicting the Olympic rings and swimming athletes were installed on street corners, while giant posters of Japan's promising Olympic athletes, including competition climber Miho Nonaka, were splashed across glass windows of business buildings. 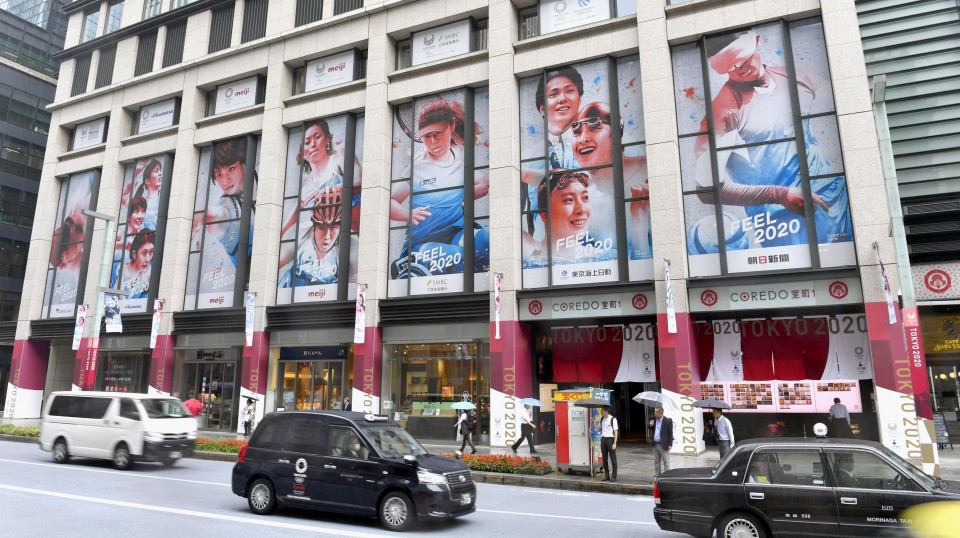 The decorations, which will stay up until Aug. 25, aim to build excitement by turning the entire area into a model of a giant stadium. Decorations around the Olympic venue and throughout the city are expected to start around spring next year.

"These decorations are good. I'm getting more and more excited for the start of the Olympics," said a 76-year-old man who was in the area with his young grandchild. 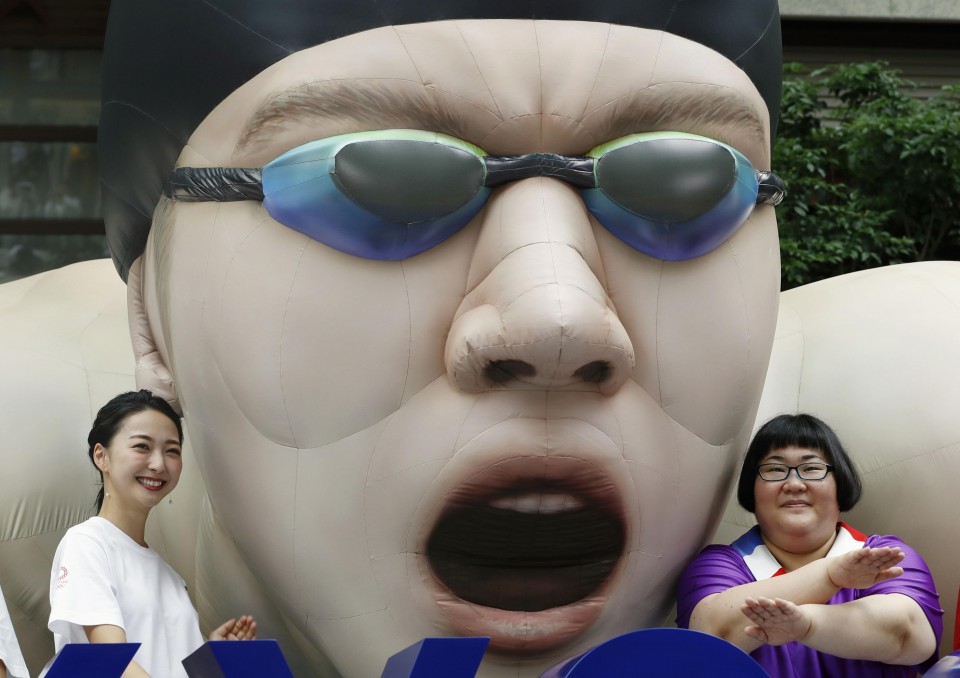 In contrast, a 40-year-old designer expressed a less positive view. "It's destroyed the city landscape a little bit," she said.

Meanwhile, Japan Airlines Co. unveiled at Haneda airport the new uniforms that cabin crew, pilots and ground staff will sport from next April.

The carrier also announced plans to upgrade self-check-in kiosks and other facilities at Haneda and other major Japanese airports from summer 2020, to create a smoother traveling experience during the Olympics. 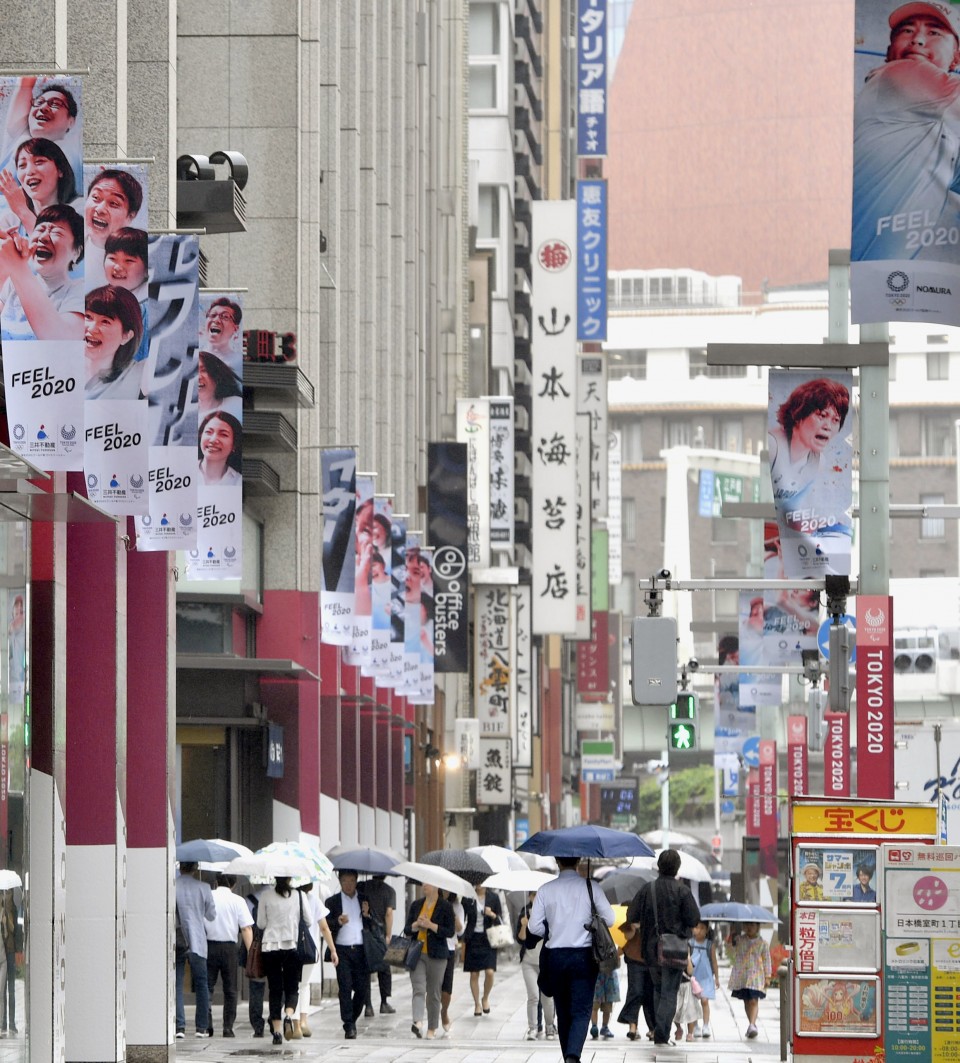 Japan's other major airline, All Nippon Airways Co., also held an event at Haneda. Actress Haruka Ayase, who has starred in the carrier's commercials, and others banded together to form a human depiction of the numbers "2020".

The Olympics will kick off on July 24 next year, with the Paralympics following on Aug. 25. JAL and ANA, both official partners of the Games, have been flying aircraft with special Olympics designs in anticipation of the event.