Tourists in quake-hit northwestern Japan to get 3,000-yen discount

The tourism ministry said Tuesday it plans to provide a 3,000-yen ($28) discount from July 19 to tourists staying in northwestern Japan areas hit by a magnitude 6.7 earthquake last month to support the local tourist industry.

Those staying at hotels and "ryokan" inns in Yamagata and Niigata prefectures will be eligible for the discount. Tourist agencies are preparing to launch sales of accommodation under the measure next week, according to the ministry.

The Japan Tourism Agency has allocated 53 million yen to the support step for the local industry and the discount will be offered until the budget runs out, it said. 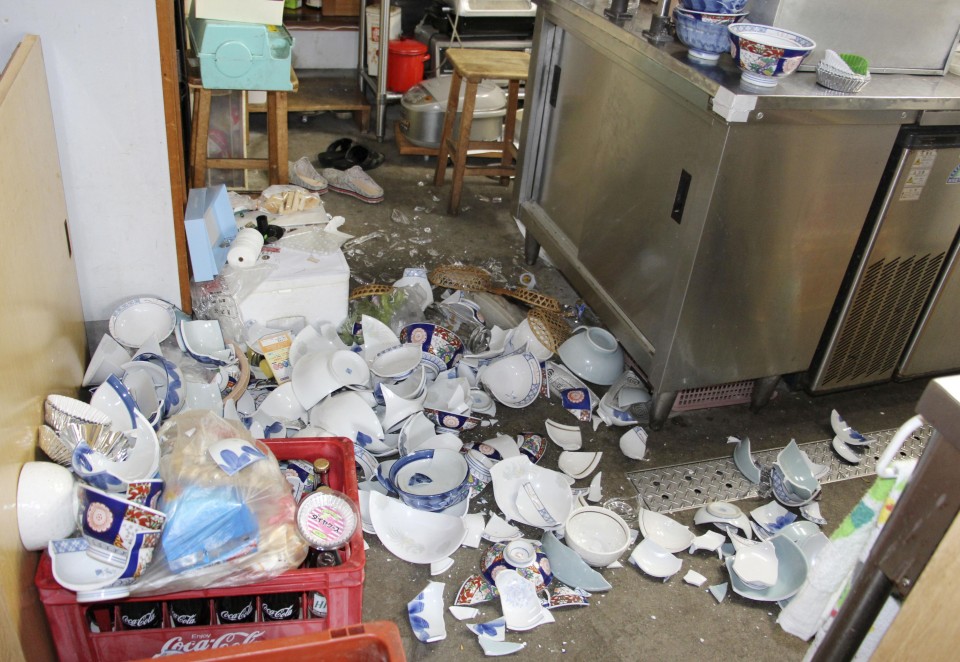 (Dishes are seen scattered on the floor of a restaurant in Murakami, Niigata Prefecture on June 19, 2019, after a strong earthquake struck Japan's northeastern region on the night of the previous day.)

"Demand for tours (to the quake-stricken areas) has sharply declined before the summer holidays. It is necessary to eradicate reputational damage" from the disaster, said tourism minister Keiichi Ishii. The June 18 quake caused landslides and power outages and left dozens of people injured.