Japan playmaker Shoya Nakajima is headed back to Portugal's top flight after agreeing to a five-year contract with FC Porto, the club announced Friday.

The 24-year-old winger played for Portuguese side Portimonense from 2017 until February, when he moved to Qatari first-division club Al-Duhail for a $40 million transfer fee, the most ever paid for a Japanese player.

A skillful dribbler and passer with an eye for goal, Nakajima orchestrates play from the left wing, but can also be deployed on the right or in the center of midfield.

Nakajima, who established himself as one of the stars of the Primeira Liga in his previous stint, said he had long been an admirer of Porto, Portugal's most decorated club in international competition.

"Porto have been a team I've really liked, so I'm very happy to put on the uniform today as a player," Nakijima said in a video on the club's website. 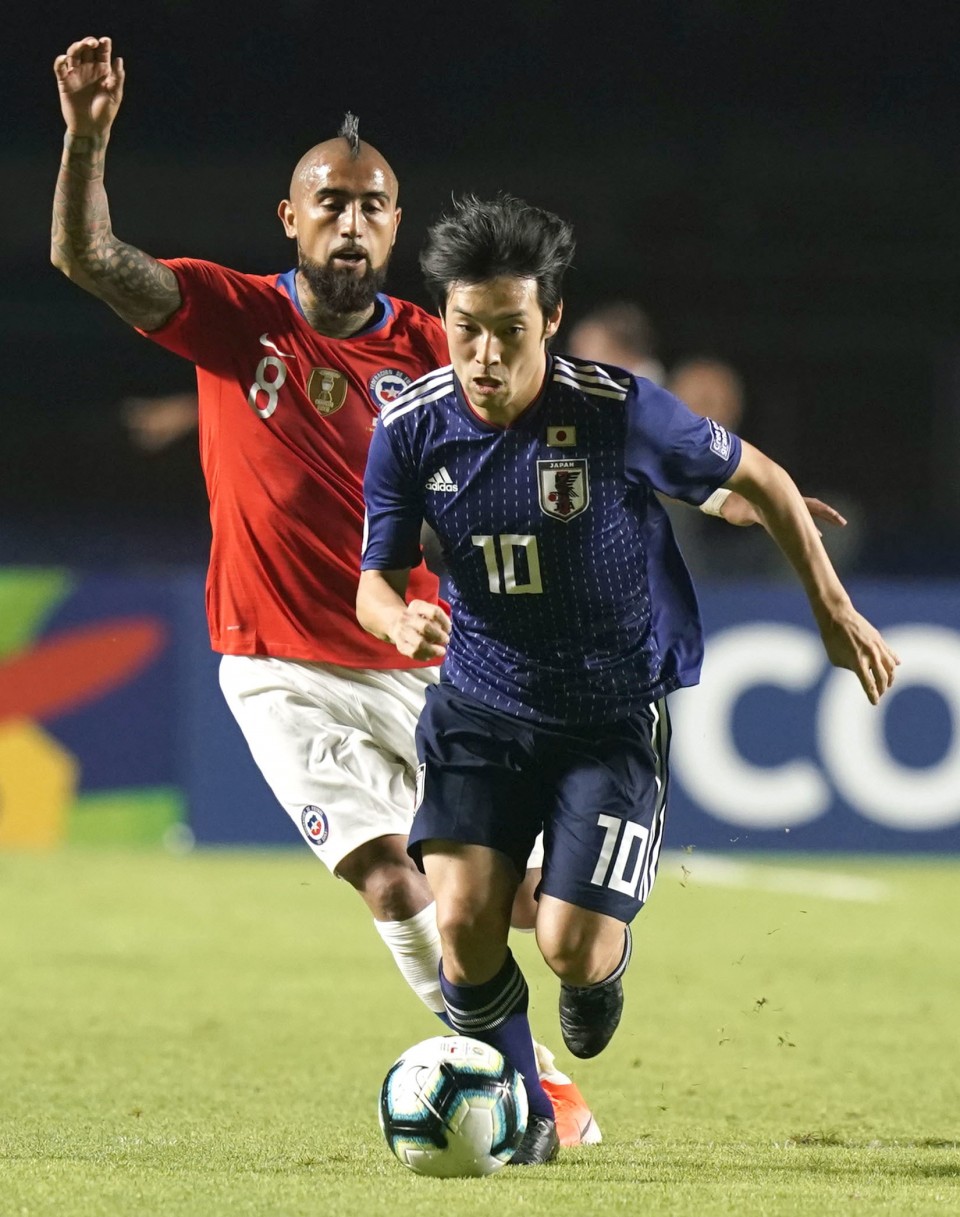 "I want to help the club succeed in all competitions. On an individual level, I hope to contribute a lot of goals and assists. I will give 100 percent every game."

A Tokyo Verdy youth product who played in the J-League first-division with FC Tokyo, Nakajima represented Japan in the under-23 squad at the Rio Olympics.

Following his somewhat controversial omission from the 2018 World Cup squad, he has emerged as arguably Japan's most important playmaker.

Porto finished the past season second in the Primeira Liga behind Benfica, while also reaching the quarterfinals of the UEFA Champions League.

According to local media reports, Porto paid 12 million euros ($13.48 million) to sign Nakajima and take a 50 percent stake in his rights.

In a statement on Al-Duhail's website, the Qatari club said Porto was moved to make an offer following Japan's guest appearance at the Copa America in Brazil.

Nakajima was the Samurai Blue's standout performer as one of a handful of established senior players in a squad comprised mostly of youngsters in the picture for the 2020 Olympic team.

His move to one of Portugal's powerhouses is certain to once again boost the profile of the Primeira Liga in Japan.

"Porto are very famous even in Japan, where they are known as one of the big clubs," Nakajima said.

"I am incredibly happy to be joining Porto, and I hope I can express that joy with my performances out on the pitch."