Mongolian grand champions Hakuho and Kakuryu each clinched a winning record on Sunday and remained the only undefeated wrestlers at the Nagoya Grand Sumo Tournament.

Hakuho dodged a bullet against No. 3 maegashira Shodai (4-4) in the final bout of Day 8 of the 15-day meet at Dolphins Arena to remain on track for a record-extending 43rd top-division championship.

Shodai sidestepped Hakuho's heavy charge and tried to yank him down by the arms, but Hakuho stayed on his feet to rally and pull the maegashira down to the clay. 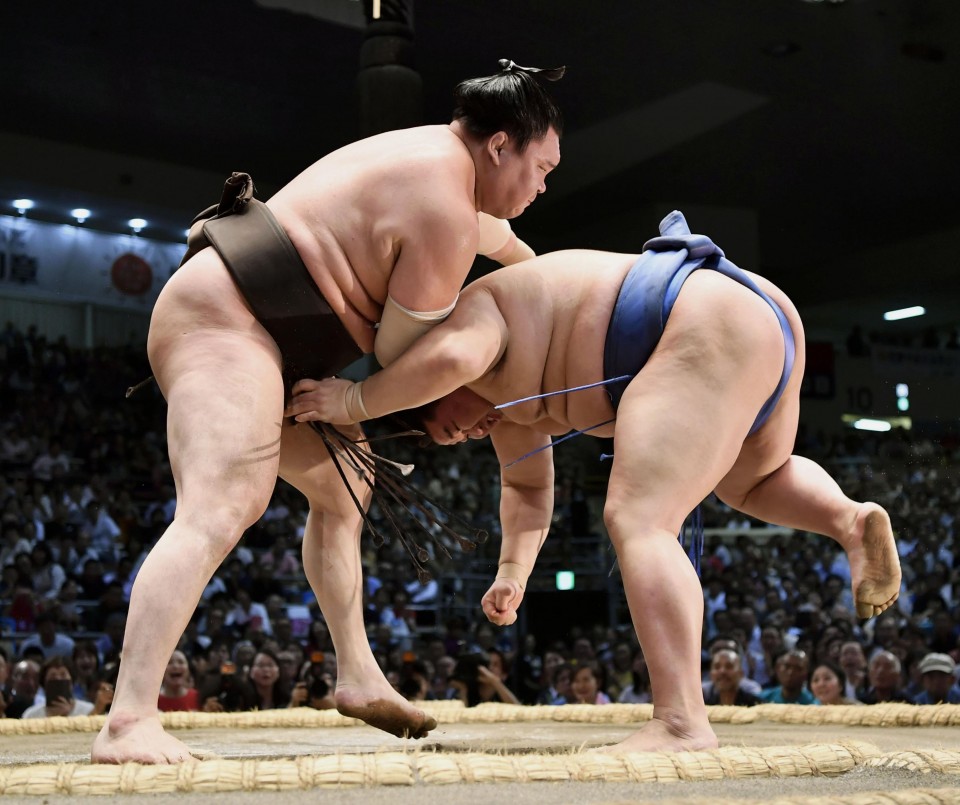 Kakuryu, seeking a sixth makuuchi-division championship, had an easier time against No. 3 Daieisho (3-5). The yokozuna brushed aside a stiff-arm to the neck from the maegashira and effortlessly slapped him down.

Takayasu, the last ozeki competing in the tournament, pulled ahead in a 25-bout rivalry with struggling sekiwake Tamawashi (1-7) to remain the only wrestler one win off the pace.

After fending off some hard shoves and slaps from his vigilant opponent, Takayasu held his ground and was able to bring Tamawashi down. The win may have come at a cost, however, as immediately afterward he seemed concerned about his left forearm.

The ozeki was icing the arm after his bout but did not speak about an injury. An official from his Tagonoura stable said a decision about his wrestling on Monday would be made in the morning.

Goeido (3-5) was scheduled to have his first top-division bout with No. 4 Meisei (2-6), but forfeited the match after pulling out of the tournament with a right shoulder injury, giving the maegashira a much-needed win. 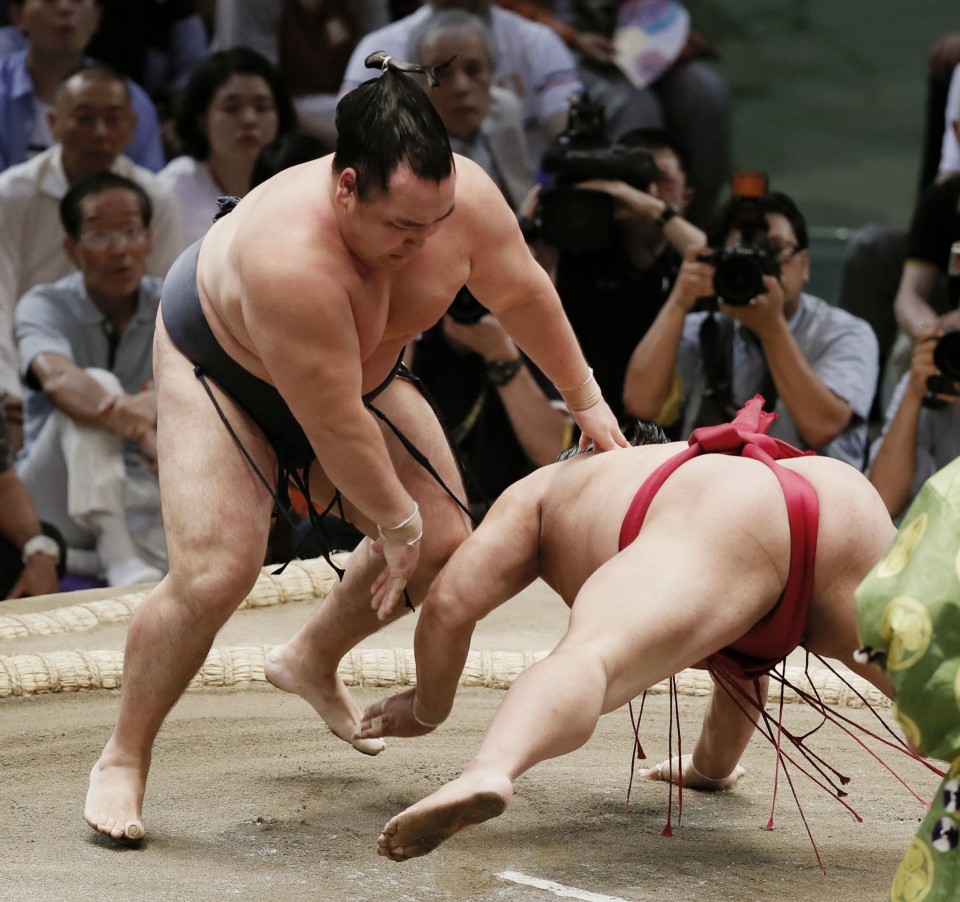 Mitakeumi got the better of No. 4 Ichinojo (5-3) and improved to 6-2 to stay within reach of the Emperor's Cup. The sekiwake maneuvered into a solid hold under Ichinojo's armpits, set him upright and bulldozed the 227-kilogram Mongolian out of the ring.

The two new komusubi fought it out, with Abi (3-5) taking advantage of a misstep from Ryuden (3-5). Ryuden put Abi on the defensive with a strong initial charge, but Abi backed away to the side while pulling on Ryuden's arm to get his opponent off balance and send him over the straw.

Three rank-and-file wrestlers also boast 6-2 records after eight days of action: No. 7 Tomokaze, No. 7 Myogiryu and No. 16 Terutsuyoshi.