Kawasaki has competed in Nippon Professional Baseball and Major League Baseball but left the game in March 2018 when an illness left him unable to play. He has signed a deal with the Dragons as a guest coach but emphasized his passion still lies in playing.

"Baseball is my passion," he said. "Ninety percent of my heart is as a baseball player, and the remaining 10 percent as a coach."

The 38-year-old became an internet sensation in the majors with his quirky English interviews and spontaneous dance routines that left teammates rolling on the floor and went viral once the videos made their way to social media.

Kawasaki's meeting with fans in Taipei, too, was filled with laughter although he looked serious himself most of the time. He said that before he came to Taiwan, he thought it would be hot and rainy. Although it was indeed hot, it was also very sunny.

"You can call me sunny boy because wherever I go, I bring sunshine," he said, drawing laughter from the room.

Like Kawasaki, the Dragons are also making a comeback. The team disbanded in 1999 due to financial difficulties, but in May this year, it was accepted as a fifth team in Taiwan's Chinese Professional Baseball League.

On the expectations of his coaching job, Kawasaki said he is ready to contribute to the team, which he said is eager return to the sport just as he is. 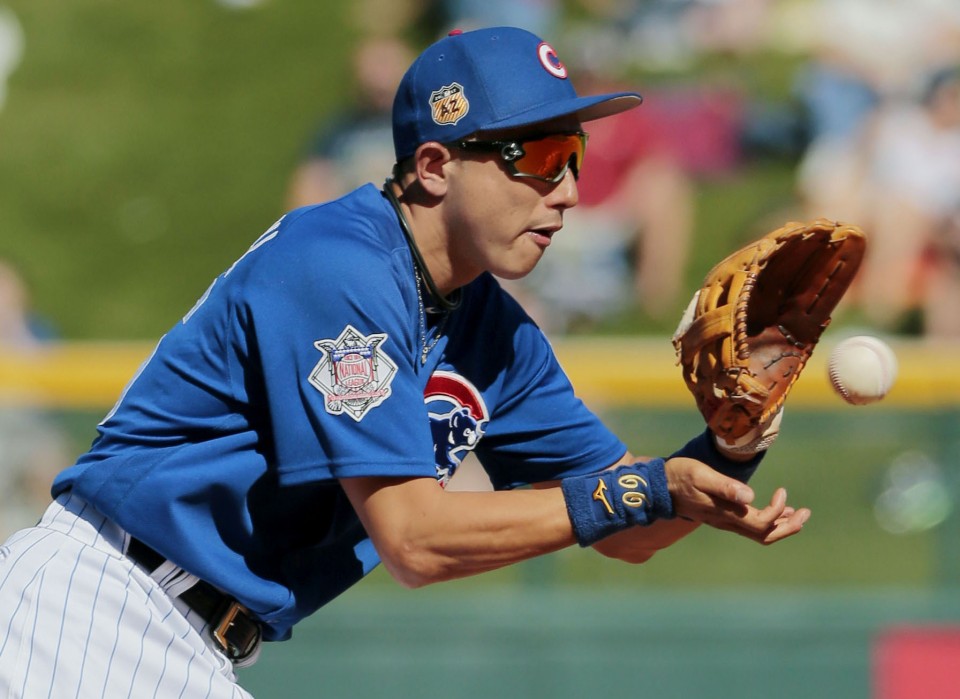 (Munenori Kawasaki plays shortstop in the Chicago Cubs' spring training game against the Seattle Mariners in Mesa, Arizona, on March 9, 2017.)

David Wu, the Dragons general manager, said Kawasaki's contract will begin in August and end at the end of this year. According to the team's Facebook page, its summer training will begin on Aug. 17 in Yunlin, central Taiwan.

Kawasaki, who famously did many of his English interviews in America while holding a notebook with English phrases, made fun of his Chinese ability, saying he needs somebody to make him a Chinese phrase book for him to learn.

When talk turned to his role model and former Seattle Mariners teammate, Ichiro Suzuki, Kawasaki transformed from coach to fan, saying he was not at all sad when Suzuki retired from baseball in March because he had an opportunity to have dinner with him.

Although, the two-time Golden Glove Award-winning shortstop said he is not ready to rejoin Fukuoka's SoftBank Hawks as a coach, he said he still has a goal he wants to achieve as a player.

"My goal is to turn a double play for my grandchildren," Kawasaki said.

The Dragons are expected to play some exhibition games against Cuba's national team in October ahead of this year's Premier 12. The team will compete next year in CPBL's minor league before moving up to the first tier in 2021.