Consisting of V-shaped stripes in red and white, the colors of Japan's national flag, on the front and a series of upside-down Vs on the back, the design evokes the image of a V-shaped crest attached to the front of a warrior's "kabuto" helmet.

The national team jersey also carries a three-dimensional emblem of three cherry blossoms on the chest and golden lines that depict the sunrise over Mount Fuji.

Three types of high-function shirts were made to ensure optimal performance for players in different positions, with front-rowers wearing one version, the rest of the forwards another and the backs wearing yet a third type. 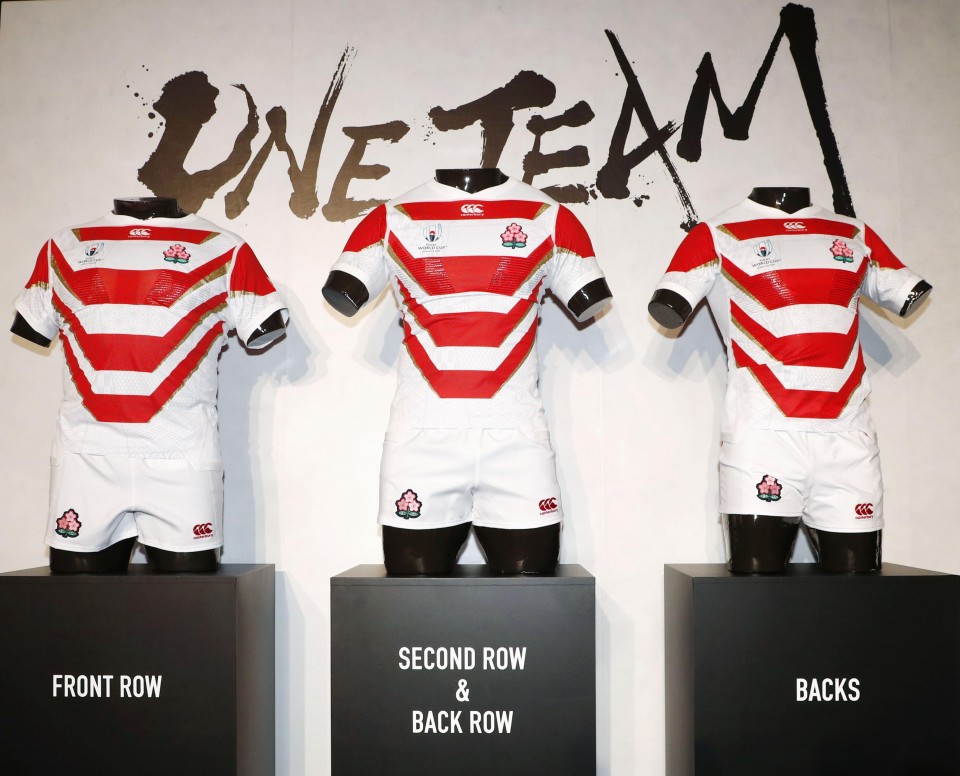 The Brave Blossoms will sport the new jerseys at the Pacific Nations Cup which kicks off on July 27. Jamie Joseph's side will take on Fiji that day at Kamaishi Recovery Memorial Stadium, a World Cup venue in northeastern Japan, before facing Tonga on Aug. 3 in Osaka and the United States on Aug. 10 in Fiji.

The 2019 Rugby World Cup will see 20 teams playing across 12 cities, stretching from Japan's northern main island of Hokkaido to Kyushu in the southwest, between Sept. 20 and Nov. 2.