Prime Minister Shinzo Abe issued an apology Friday over the discrimination suffered by the relatives of leprosy patients, after the government decided against appealing a recent court ruling ordering the state to pay compensation.

Making the first official apology to relatives of leprosy patients who suffered under the government's segregation policy between 1907 and 1996, Abe acknowledged in a statement the "hard fact" that they endured "extremely severe prejudice and discrimination in society."

"The government deeply reflects on the pain and suffering endured by current and former leprosy patients and their family members, and offers a heartfelt apology," Abe said in the statement endorsed by the Cabinet on Friday.

"I myself would like to express this feeling by meeting with family members," the prime minister said. No date has been fixed and details of any meeting need to be worked out, according to Chief Cabinet Secretary Yoshihide Suga. 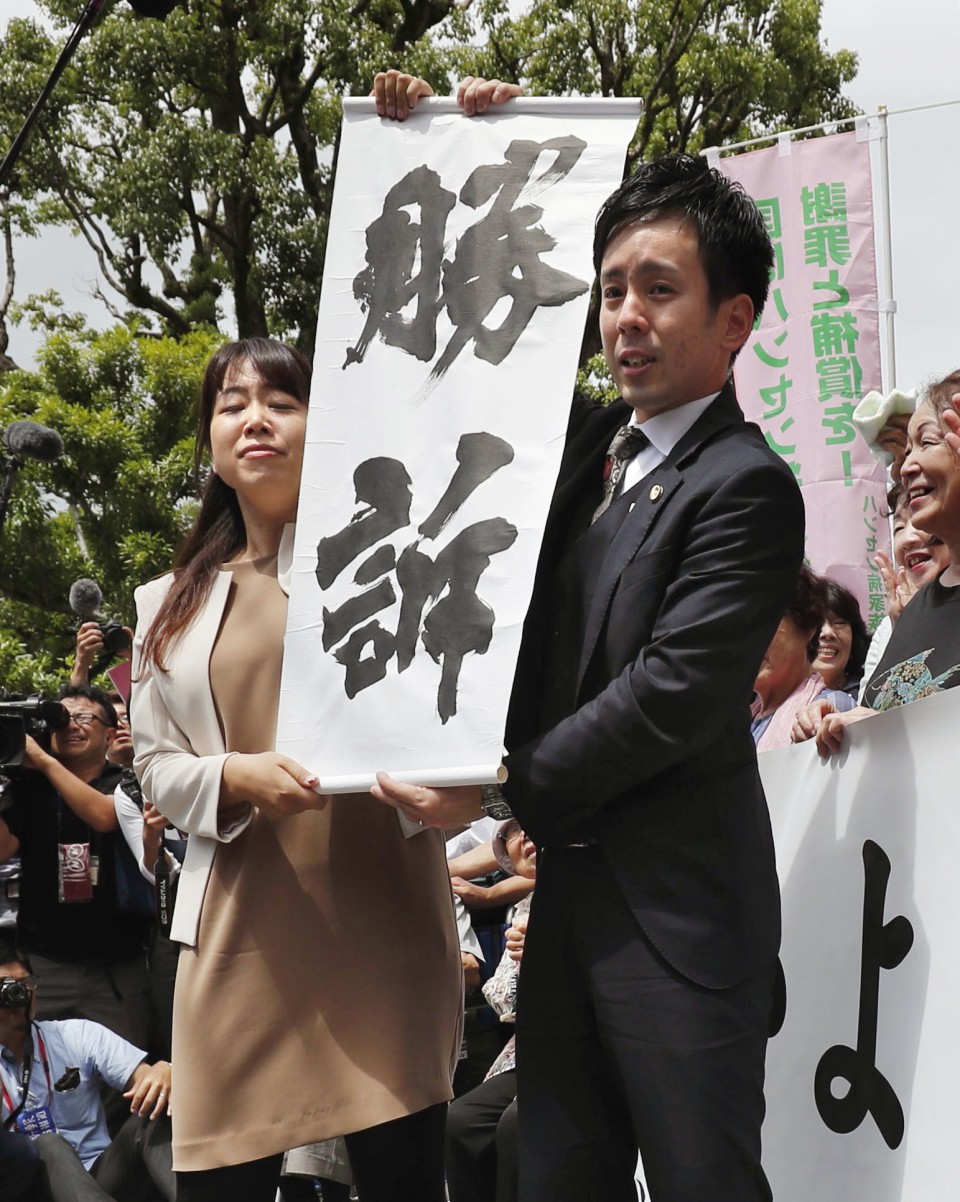 (Lawyers hold a banner reading "Victory" in front of the Kumamoto District Court in June, as the court orders the government to compensate the families of former leprosy patients)

Leprosy, also known as Hansen's disease, is now curable but many patients were isolated in sanatoriums under the decades-long government policy and their relatives faced discrimination.

Friday was the deadline for the government to decide whether to appeal the June 28 ruling by the Kumamoto District Court, which ordered the state to pay a total of about 376 million yen ($3.47 million) in damages to 541 out of 561 plaintiffs.

The ruling was the first awarding compensation to family members of former leprosy patients.

Gov't not to appeal against damages awarded to leprosy patients' kin

"The state is responsible for allowing prejudice (toward leprosy patients and their family.) With the issuance of a statement this time, we want the government to recognize its liability," Chikara Hayashi, the 94-year-old leader of the plaintiffs, said at a press conference Friday.

The plaintiffs, including the 20 whose damages claim was rejected as they were not close relatives of leprosy patients, said they also will not appeal the Kumamoto court ruling, which will finalize the decision.

According to the statement, the government will pay compensation swiftly to relatives of leprosy patients, irrespective of whether they participated in the damages suit.

But the scope of those eligible for redress was not clearly defined in the statement. Suga said the government will work swiftly on the compensation framework.

Health, Labor and Welfare Minister Takumi Nemoto said the government will arrange meetings between officials and the relatives with "the aim of resolving issues faced by the families."

"We will listen to what the family members have to say, implement support measures that take into consideration their feelings and work to realize a society in which people can live with a sense of security in communities," Nemoto told reporters.

The Kumamoto court found that the state acted illegally by failing to end segregation by 1960, despite medical advances, and maintained it under the leprosy prevention law until 1996. 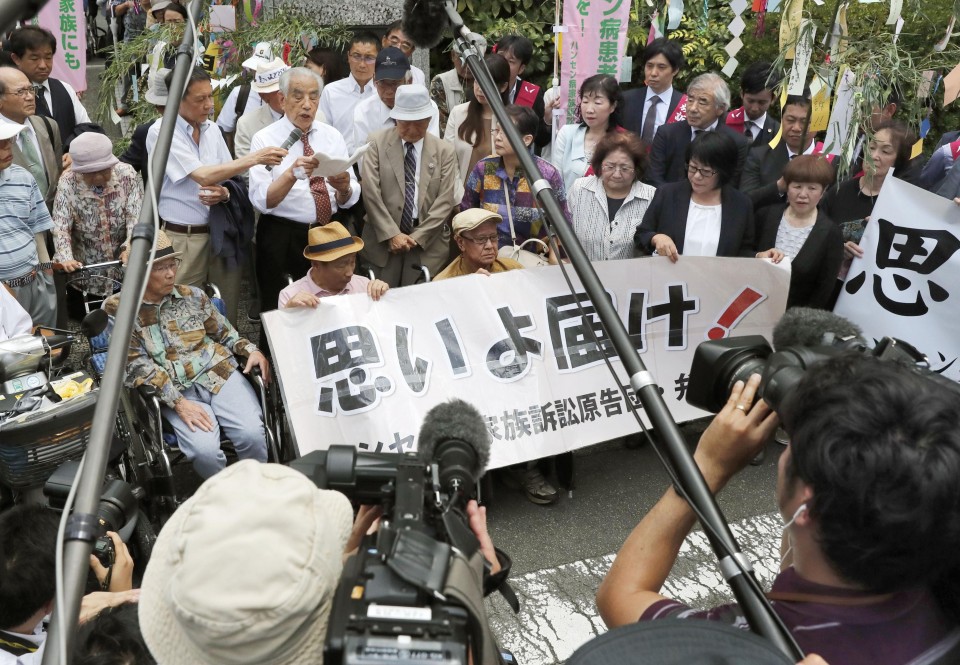 The ruling recognized the government's segregation policy made it difficult for patients' relatives to enter schools, find jobs and get married.

Abe said the hardship of family members should not be prolonged when he announced Tuesday that the government did not plan to file an appeal. But he also said part of the ruling was not acceptable.

On Friday, the government issued a separate statement from Abe clarifying its stance on the court's judgment regarding the three-year statute of limitations for seeking damages, among other points.

The government said the period started when a compensation accord was reached between the state and leprosy patients in January 2002, so the statute of limitation had expired by the time the lawsuit was filed in 2016.

The Kumamoto court, however, judged otherwise, saying the period started in 2015 when plaintiffs became aware they could seek compensation from the state following a Tottori District Court ruling in September that year rejecting a damages claim by a family member of a former leprosy patient.

Then Prime Minister Koizumi gave up on filing an appeal against the ruling, which ordered the state to pay a total of 1.82 billion yen in damages to former leprosy patients.

Tomoaki Iwai, a political science professor at Nihon University, said the government's decision was "appropriate," but implied the state could have acted differently if it were not for campaigning in the run-up to the July 21 House of Councillors election.

"The government decision likely stemmed from its desire to garner public support," Iwai said, adding Abe could use the planned meeting with the relatives for political gain.

"We have to monitor whether compensation to the family members of former leprosy patients will be swiftly awarded," Iwai said.

BREAKING NEWS: Passenger from Westerdam confirmed by Malaysia to have coron

BREAKING NEWS: Japan woman who died after being infected with virus not lin