Grand champion Kakuryu relinquished his perfect record and his sole lead Friday in a shock loss to No. 7 maegashira Tomokaze at the Nagoya Grand Sumo Tournament.

Kakuryu fell into a tie with his yokozuna counterpart Hakuho at 12-1 with two days remaining at the 15-day meet at Dolphins Arena. No. 16 maegashira Terutsuyoshi is one win behind the leaders and the only other wrestler with a chance to seize the championship.

Following the initial clash, Tomokaze (10-3) stepped backward, held Kakuryu's head with his right hand before slapping down the yokozuna, who tried to grab the maegashira's belt on the charge but missed.

"I'm happy, but it still doesn't feel real," Tomokaze said. "I went into the ring aiming to do whatever I possibly can. I'm still satisfied with my bout." 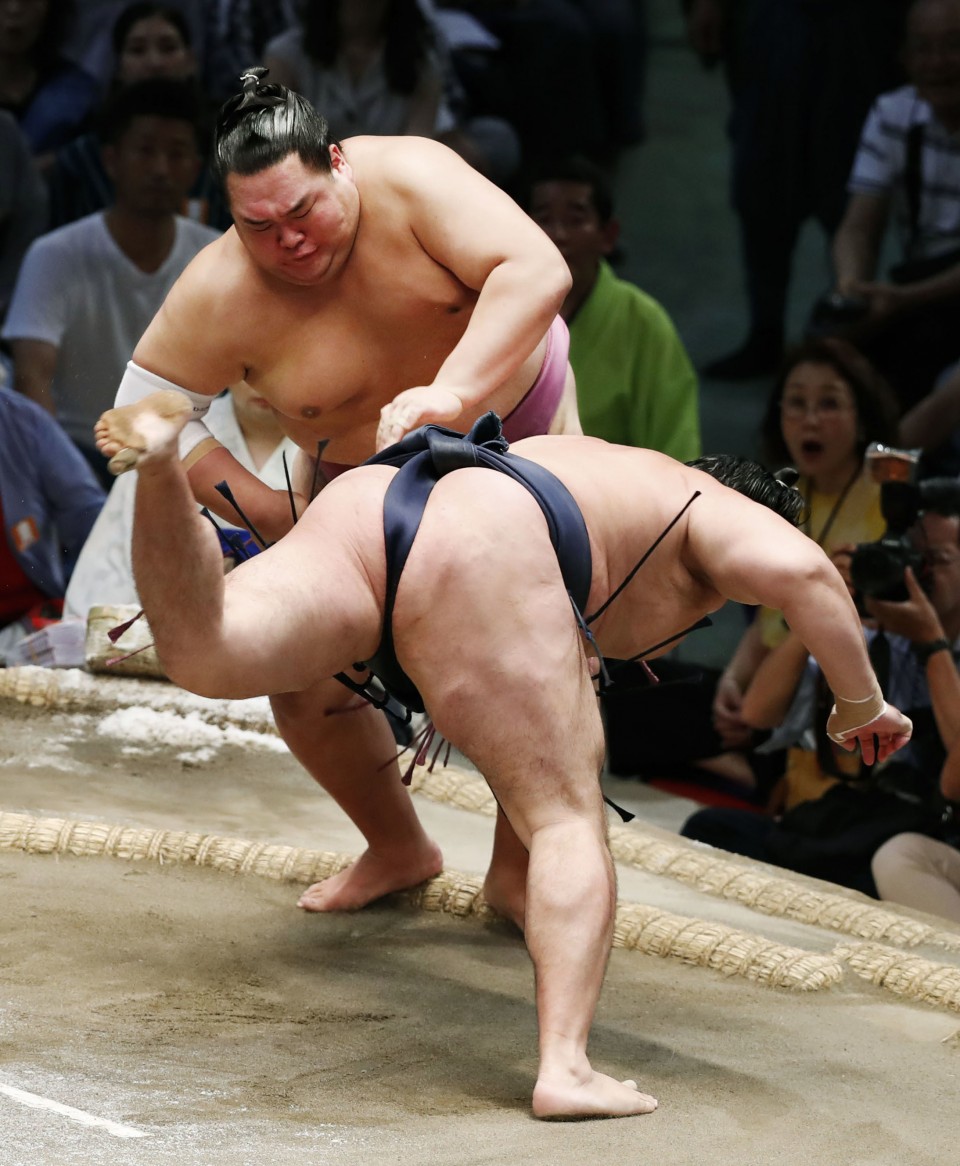 Hakuho easily defeated No. 7 Myogiryu (8-5), to whom he has only lost once in 20 bouts. Hakuho locked his arms around Myogiryu's neck. The maegashira tried to resist, but the yokozuna pulled him forward before rolling him down to the clay.

Although all four ozeki wrestlers have withdrawn in Nagoya, the remainder of the three "sanyaku" ranks below yokozuna all won on Friday.

Tamawashi (3-10) threw No. 5 Takarafuji (5-8) to pick up his second straight win in Nagoya. The struggling sekiwake had only one win over the first 11 days, and snapped his five-bout losing streak on Thursday. 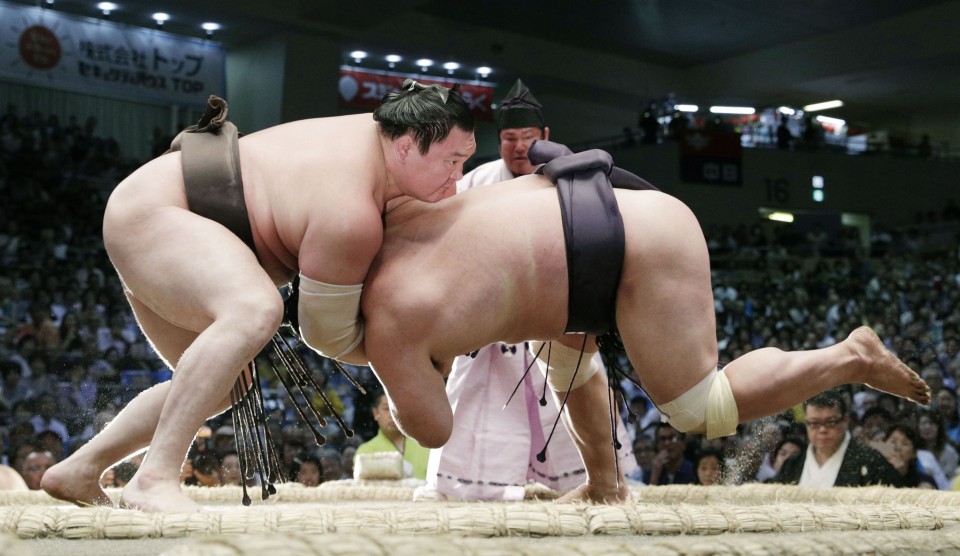 Newly-promoted komusubi Abi (6-7) and Ryuden (4-9) both prevailed. Abi beat No. 3 Daieisho (7-6) by slapping his chest and face, and gave him a final push at the edge of the dohyo. Ryuden defeated No. 3 Shodai (6-7) for the first time in four attempts.

Among the rank-and-file wrestlers, No. 16 Terutsuyoshi (11-2) continued to ride his momentum, overcoming a 44-kilogram disadvantage to defeat No. 8 Onosho (6-7).

Onosho tried to quickly finish off Terutsuyoshi by pushing him toward the edge. But the youngster held firm and bulldozed the former komusubi out for his fifth-straight victory in Nagoya.

Endo needed just 1.6 seconds to beat No. 6 Shimanoumi (7-6) to the delight of the crowd. He wrapped his arms around Shimanoumi right after the initial clash and forced him out.

The victory was Endo's fifth straight, and his winning record is his first since January.