A magnitude 5.7 undersea earthquake struck the Indonesian islands of Java and Bali on Tuesday, sending tourists into a panic, and damaging dozens of temples and other buildings, according to Indonesian authorities.

The U.S. Geological Survey said the quake occurred at 8:18 a.m. off the southern part of the resort island of Bali at a depth of 91.6 kilometers, around 910 km east of Jakarta.

The earthquake sent tourists in Bali into a panic with many seen running out of their hotels. There was also panic in parts of eastern Java Island. Some hospitals were evacuated to ensure patient safety. 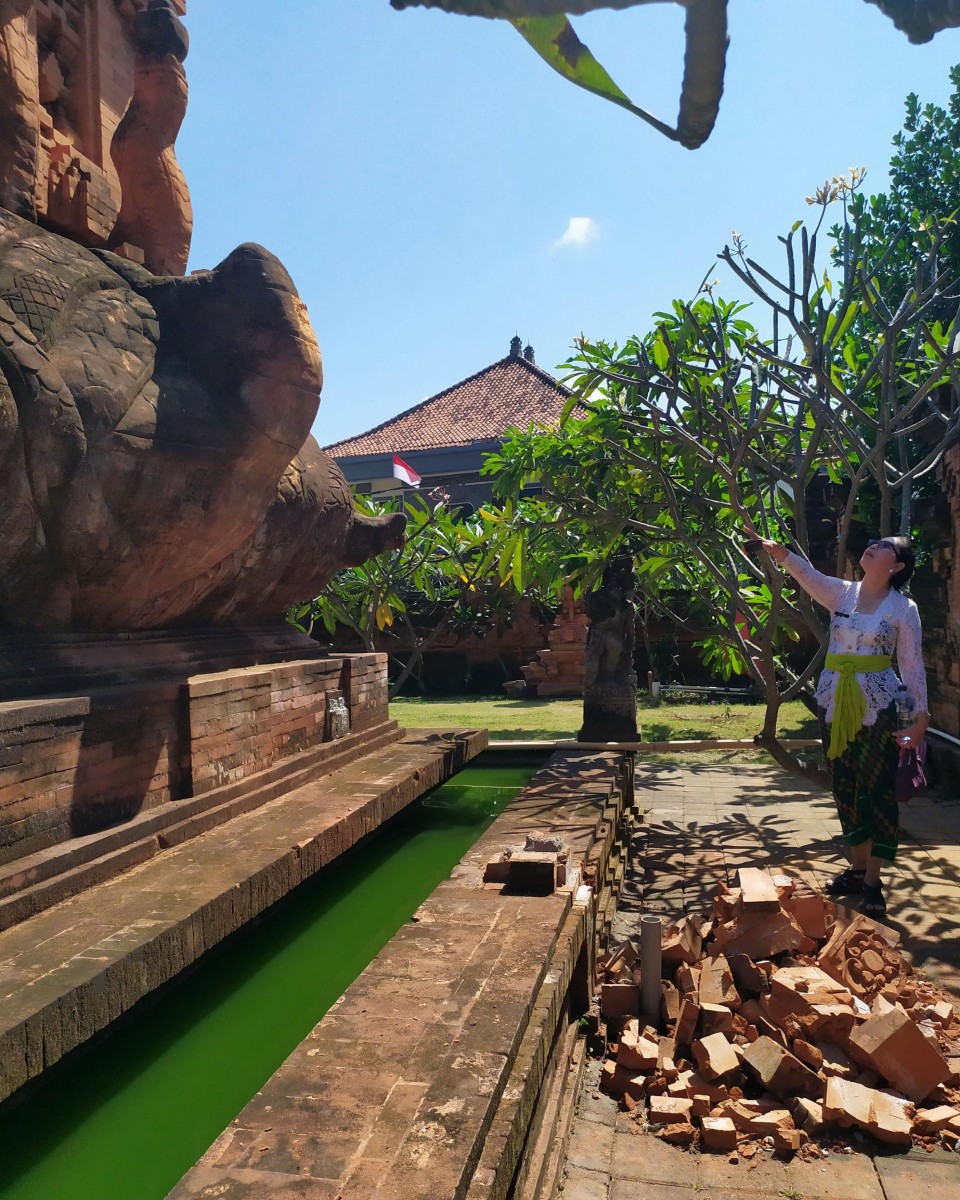 (A government official inspects damage at a temple in Bali's Denpasar)

Some houses in Banyuwangi, an area on the eastern tip of Java, and Bali were damaged, as well as some temples in Bali, the National Disaster Mitigation Agency said on Twitter.

Footage released by the agency showed some structural damage to the gate to Bali's Nusa Dua luxurious tourist area.

The agency's spokesman Agus Wibowo later told a press conference that one person was injured from the quake.

In a related development, the spokesman also said the death toll from a magnitude 7.3 earthquake that on Sunday struck the southern part of Halmahera Island, a part of Maluku Islands in the eastern part of the country, reached four as of Tuesday and with 51 others injured.

Collapsed houses and buildings killed and injured most of the victims, he added.

Indonesia is located in one of the most active seismic regions in the world, the Pacific Ring of Fire, where a large number of earthquakes and volcanic eruptions occur. 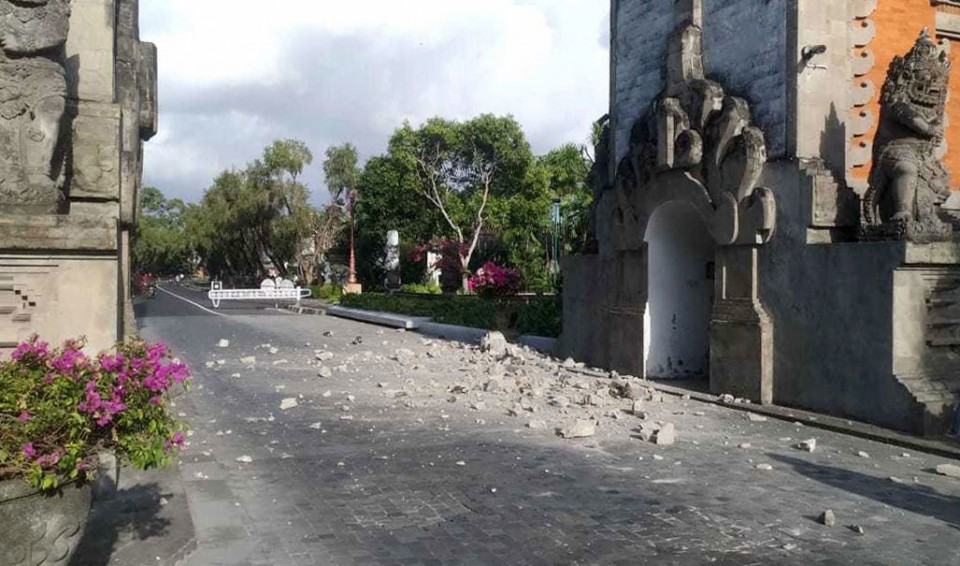 [Photo courtesy of a local resident]

Tourists in quake-hit northwestern Japan to get 3,000-yen discount