The Japan Meteorological Agency warned of possible landslides and floods, forecasting severe rainfall may continue to hit some western Japan regions through around Thursday.

The atmosphere has become unstable as warm air from the south hit a seasonal rain front stretching to western and eastern Japan from the East China Sea, according to the agency.

Local governments in Kagoshima, Miyazaki and Kumamoto prefectures issued evacuation advisories. A woman in her 70s who was rescued in Kagoshima after she was buried by mud that had engulfed her house early Monday was later confirmed dead. 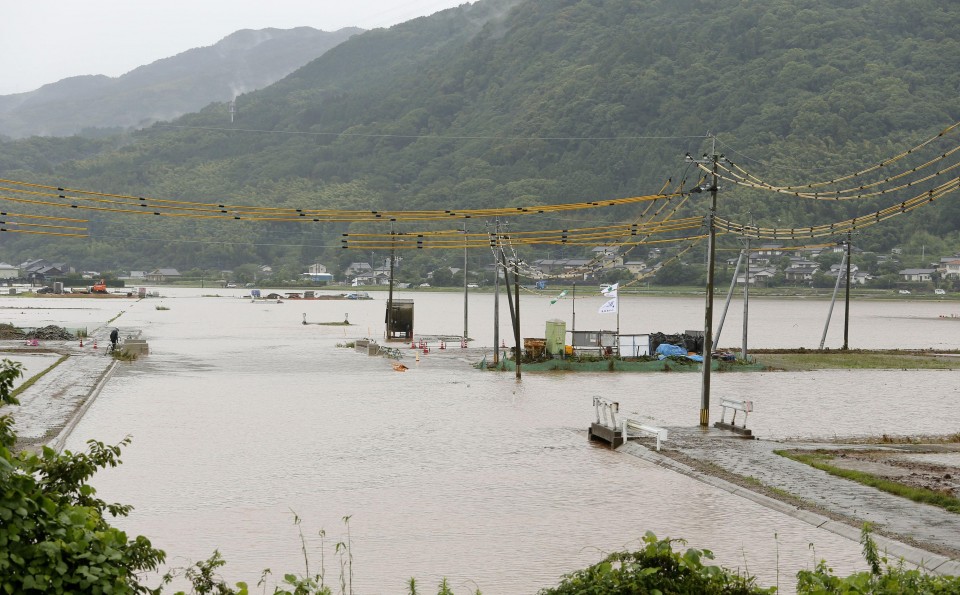 Some Kyushu Shinkansen bullet train services between Kumamoto and Kagoshima-Chuo stations were temporarily suspended. A national road has been closed in Kagoshima due to a landslide.

On Monday, the amount of rain in Satsumasendai in Kagoshima Prefecture reached 290 millimeters in 12 hours through 9 a.m., equivalent to the average monthly rainfall for July.

Downpours of more than 60 mm an hour were measured in Satsumasendai in Kumamoto Prefecture and Ebino in Miyazaki Prefecture on Monday morning, according to the weather agency.

Record amounts of rain were observed in Kirishima and Hioki in Kagoshima Prefecture with 241.5 mm and 233 mm, respectively, in six hours.