Anti-Olympics groups on Tuesday called for the end to the quadrennial international sports event, highlighting the situation surrounding Japan's disaster-struck Fukushima and its connection to the games, as well as the overall displacement of residents within host cities.

With only a year left before the 2020 Olympic and Paralympic Games begin, members of the group, speaking at a press conference in Tokyo, argued the games were detrimental to those who were the most vulnerable, and the influx of money has not been used in places where it is necessary. 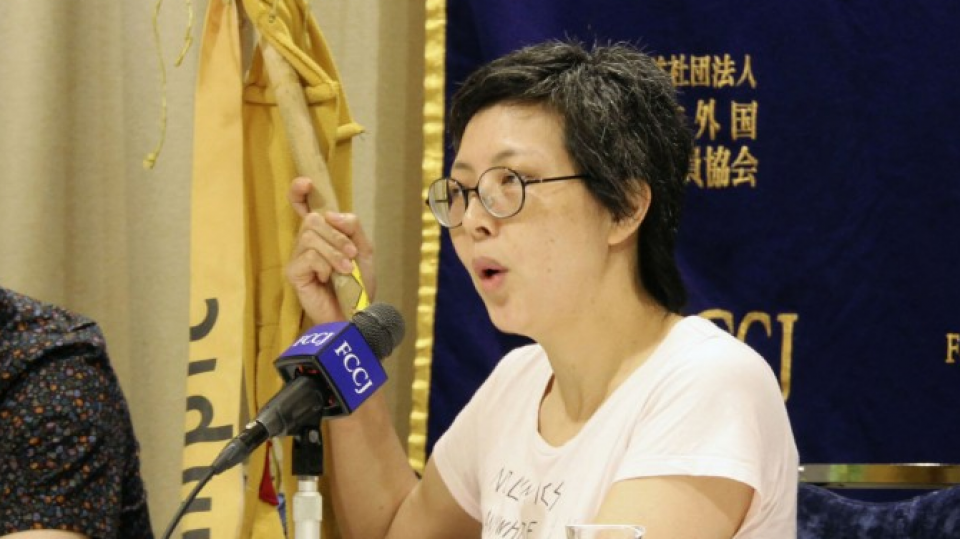 The press conference was held by former professional athlete and academic Jules Boykoff, Misako Ichimura, a member of an anti-Tokyo Olympics group and Anne Orchier, a member of a group opposing the 2028 Los Angeles games.

Ichimura, of Hangorin no kai NoOlympics 2020, emphasized the negative impact the upcoming Olympics has had on residents, including how about 230 households were told in 2012 to move out of their homes after authorities decided to tear down the Toei Kasumigaoka apartment bloc in central Tokyo, to make way for a new stadium.

She also touched on the plight of people in the northeastern prefecture of Fukushima, which was devastated by the March 2011 earthquake, tsunami and nuclear disasters.

"The Tokyo Olympics are trying to demonstrate that the ongoing issues in Fukushima have already been resolved, but those affected by the disasters are still suffering," she said at the Foreign Correspondents' Club of Japan.

Boykoff, who traveled to the prefecture on Monday and met with local officials, agreed with Ichimura's sentiments, calling the visit "one of the most intense experiences of my life."

Boykoff said he learned from a local politician during his trip that reconstruction efforts have been slow and nuclear radiation levels in some areas in the northeastern region remain high.

"To return to Tokyo afterward and see all the money plunged into the Olympics while people still suffer in Fukushima was mind-blowing for me," he said.

Ichimura also mentioned how dangerous the extreme heat, commonly associated with summers in Tokyo, has been on laborers and likely will be on athletes during the games.

"Three construction workers have already passed away on-site, and there have been a series of accidents as well as cases of heatstroke," she said. "Tokyo summers will pose a serious health risk to many people if the Olympics are held in such extreme conditions."

Weather-related concerns have been mounting, especially after a record-breaking heatwave hit Japan's capital last summer, with an area near Tokyo seeing the temperature soar to 41.1 C.

Although the 2020 Tokyo Olympic and Paralympic Games will begin in a year, Ichimura has vowed to continue the fight against the status quo.

"We will not stay quiet as long as (the Olympics) continue to be held throughout the world, whether that is a year before (the event), a day before, or even after it's begun," she said.

Homelessness rose 16 percent in 2018 in Los Angeles, with at least 60,000 people being without a home on any given night, according to Orchier, an organizing member of NoOlympics LA.

"They are not bulldozing mansions to build luxury hotels or stadiums, they're going after the most vulnerable," she said, echoing Ichimura's plea.

Furthermore, a study conducted by her group showed that while 45 percent of the city's residents were opposed to the 2028 Olympics, 51 percent were moderately or extremely concerned about the impact it would have on homelessness.

"Serious grievances churn beneath the surface of the Olympics, and they absolutely deserve our collective attention," Boykoff said.