The rift between Japan and South Korea widened Saturday after officials from both sides traded barbs about what had been discussed at their first meeting on Tokyo's decision to restrict high-tech exports to its neighbor.

South Korean officials said they asked their Japanese counterparts in the meeting in Tokyo on Friday to lift the restrictions, contradicting Tokyo's account that no such demand was made.

"I said the restrictions are regrettable. In other words, I asked for them to be removed," a South Korean official who took part in the meeting told reporters before boarding a flight back to South Korea from Tokyo's Haneda airport.

But at a hastily-called press conference after the comment by the South Korean official, an official at the Japanese Ministry of Economy, Trade and Industry said such a request was not made in explicit terms.

"I went through the minutes of the meeting, and I couldn't find anything," said Jun Iwamatsu, the head of the ministry's Trade Control Policy Division. 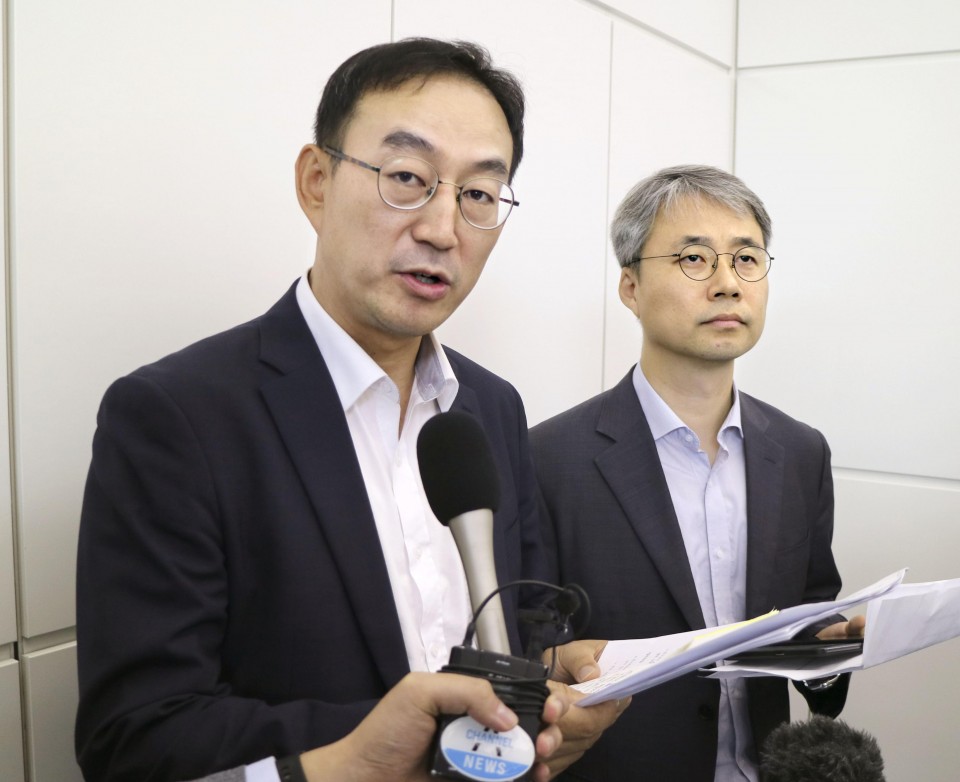 Diplomatic ties have already sunk to the lowest point in years amid Japan's decision last week to impose stricter controls on materials used to produce semiconductors and display panels, and a dispute over wartime labor.

The spat is likely to deepen, as the Japanese official said he "doesn't know" whether the next meeting will be held, even as Seoul requested holding it by July 24.

Starting on July 4, Japanese companies must apply for individual licenses to export three chemicals -- fluorinated polyimide, hydrogen fluoride and photoresist -- to South Korea. The process, which can take around 90 days, had previously been waived for the country.

Japan also plans to remove South Korea from a "white list" of countries that can relatively easily purchase products that can be diverted for military use.

The South Korean official said he pushed back against Japan's insistence that the measures are in the interest of national security and do not violate World Trade Organization rules. 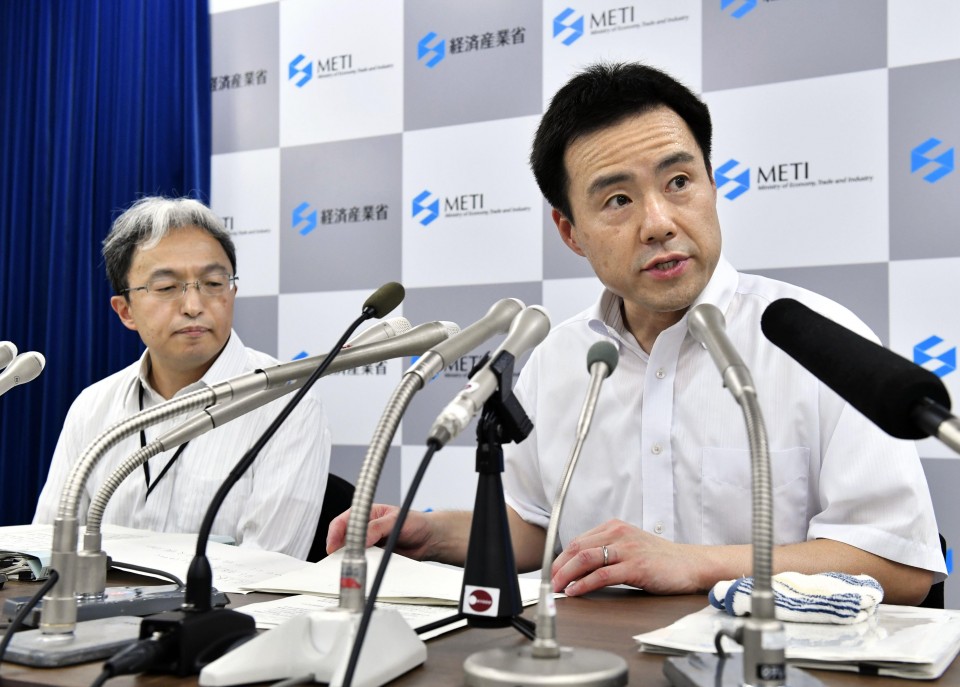 "I stated quite firmly that South Korea cannot understand nor accept or agree with" the restrictions, he said.

The official said he and his colleague asked to start negotiations for the removal of the measures, but the Japanese refused.

The meeting began with a 30-minute explanation by the Japanese followed by more than four hours of pushback from the South Koreans, he said.

South Korea reportedly conveyed in the meeting its concern that the restrictions would hurt global supply chains. At a briefing on Friday, Japanese officials said that the topic of supply chains was not brought up.

But the officials said Saturday that they made the comment because both sides agreed not to make the issue public.

Iwamatsu said the comments from the South Korean side are "regrettable" and hurt their "relationship of trust," adding that the Japanese ministry has lodged a formal protest with the South Korean Embassy.

Seoul believes the export curbs, which are expected to hurt chipmakers in South Korea such as Samsung Electronics Co. and SK Hynix Inc., are in retaliation for its handling of South Korean court decisions ordering Japanese companies to compensate victims of forced labor during Japan's 1910-1945 colonial rule.

Japan stresses export curbs on S. Korea are not countermeasures