Emperor Naruhito will assume the role of Honorary Patron of the Tokyo 2020 Olympic and Paralympic Games, the Imperial Household Agency announced Monday.

The honor was formally requested by Tokyo 2020 President Yoshiro Mori, and submitted to the Imperial Household Agency through Prime Minister Shinzo Abe earlier this month.

The emperor will officially assume the role on Wednesday, exactly one year before the Olympics begin in the Japanese capital next summer.

"We are deeply grateful to His Majesty the Emperor for assuming the role of Honorary Patron of the Olympic and Paralympic Games, an event that will bring together the world's top athletes and showcase their technique and power," Mori said in a press release.

"The games will also provide a great opportunity to deepen the friendship and solidarity between people all over the world and for us reflect on the preciousness of peace." 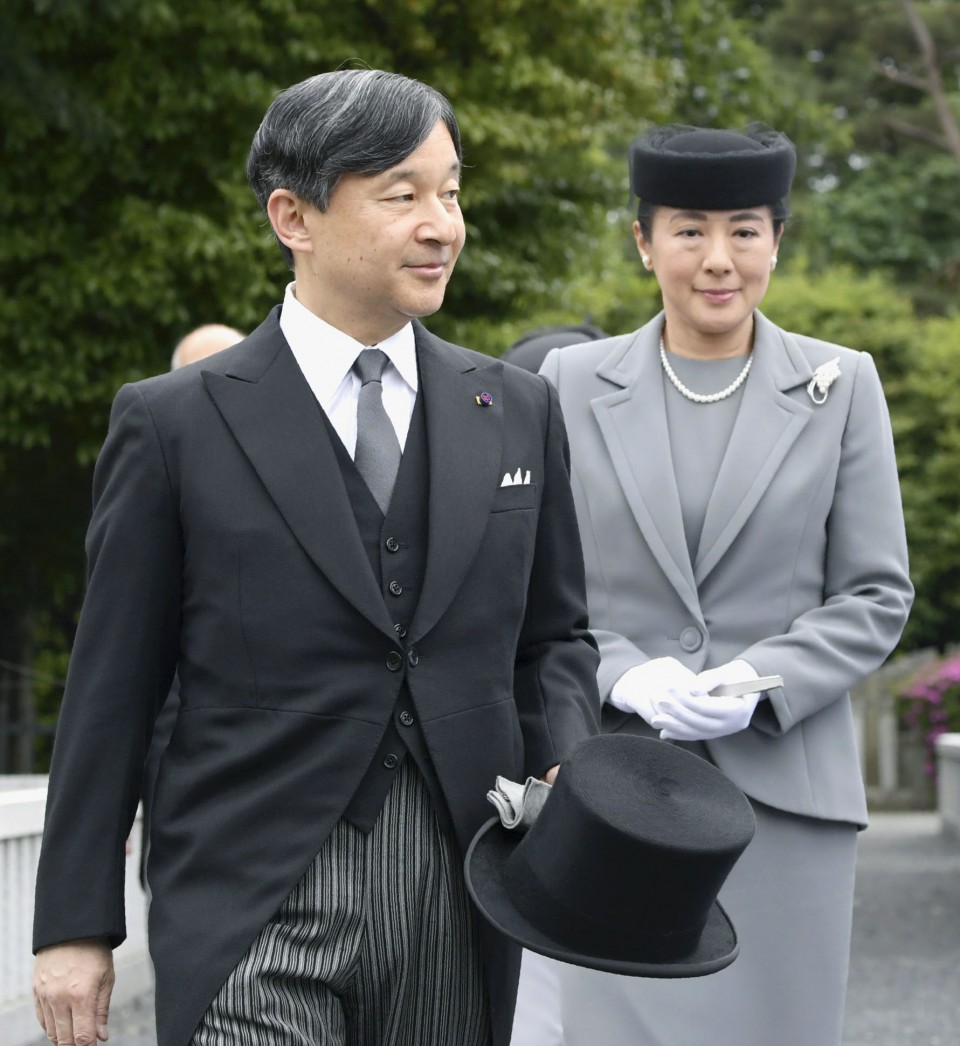 Emperor Naruhito, who ascended to the throne in May after his father former Emperor Akihito abdicated, is expected to announce the opening of both the Olympics and Paralympics, which begin on July 24 and Aug. 25, respectively.

He will become the third emperor to accept the role and first to claim the honor for both the Olympic and Paralympic Games.

Emperor Naruhito's grandfather then Emperor Hirohito was appointed Honorary Patron of the 1964 Tokyo Olympics, while his father, then crown prince, assumed the role for that year's Paralympics.

For the 1998 Nagano Games, then Emperor Akihito served as Honorary Patron of the Olympics, while his son took the post for the Paralympics as the crown prince.

By unifying the honorary roles for the 2020 Games, organizers are aiming to keep the Paralympics on the same level with the Olympics.

"This is a significant step in the promotion of the Paralympic Movement in Japan and across the world."

Mori also said he hopes the emperor's assumption of the honorary role will help promote the organizer's theme of a "Reconstruction Olympics" showcasing Japan's recovery from the 2011 earthquake and tsunami disasters that devastated the northeastern part of the country.

"Tokyo 2020 also aims to continue supporting the reconstruction and revival of areas affected by the Great East Japan Earthquake and to share their progress with the world," Mori said.

"His Majesty's gracious assumption of this title is not only a great honor and source of inspiration, it will be a hugely positive force in terms of promoting the values of the games, including peace, friendship, the support for reconstruction of disaster-hit areas, and the Paralympic movement's message of diversity."

The Olympic charter stipulates that a head of state officially declare the Olympic Games open. Crown Prince Fumihito will serve a similar role at the 2019 Rugby World Cup, which kicks off on Sept. 20.