A magnitude 7.3 earthquake struck the Maluku Islands in eastern Indonesia on Sunday afternoon, according to the U.S. Geological Survey.

The 6:10 p.m. quake occurred on the southern part of the island of Halmahera at a depth of 10 kilometers. The Jakarta-based Meteorology, Climatology and Geophysics Agency said there was no threat of tsunami. 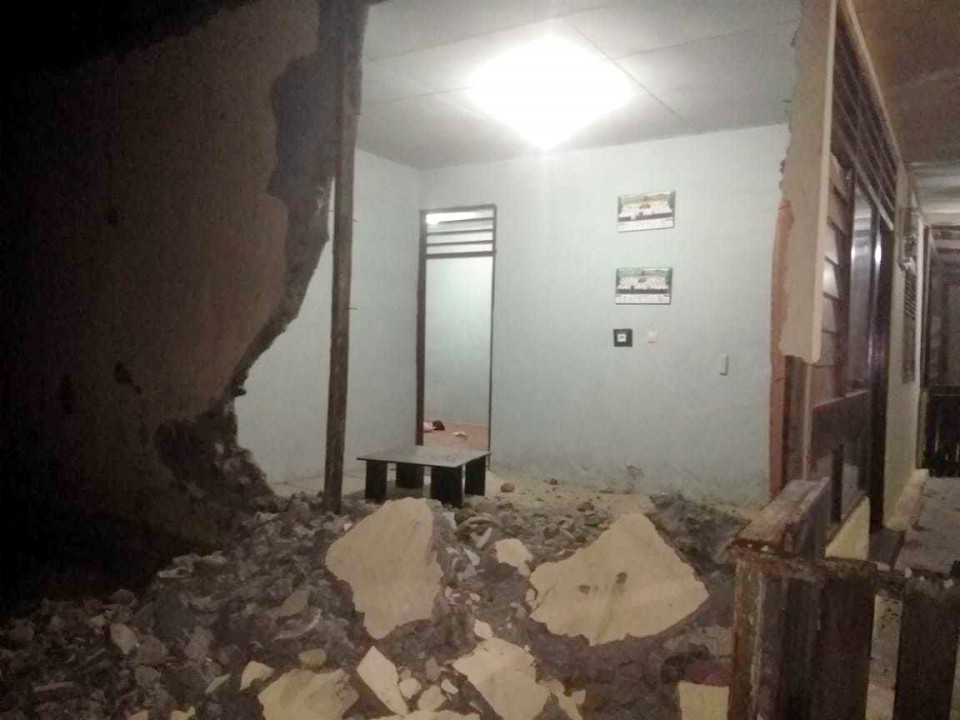 There were no immediate reports of casualties from the quake. But according to the National Disaster Mitigation Agency, a house wall collapsed near the epicenter.

The quake was "strongly felt in South Halmahera Regency for two to five seconds, sending people out of their houses in panic," disaster mitigation agency spokesman Agus Wibowo said.

The Maluku Islands are located between the islands of Sulawesi and New Guinea.

Indonesia is located in one of the most active seismic regions in the world, the Pacific Ring of Fire, where a large number of earthquakes and volcanic eruptions occur.