The report came after Pyongyang fired two missiles from its east coast into the Sea of Japan on Thursday morning that Seoul says were a new type of short-range ballistic missile that flew about 600 kilometers.

The test was aimed at sending a "solemn warning to the south Korean military warmongers who are running high fever in their moves to introduce the ultramodern offensive weapons into south Korea and hold military exercise," the Korean Central News Agency said.

North Korea has long called on the United States and South Korea to halt joint military drills, which Pyongyang regards as rehearsals for invasion.

Seoul should stop "suicidal" acts such as the introduction of ultramodern weapons and military exercises, Kim was quoted as saying by the news agency. 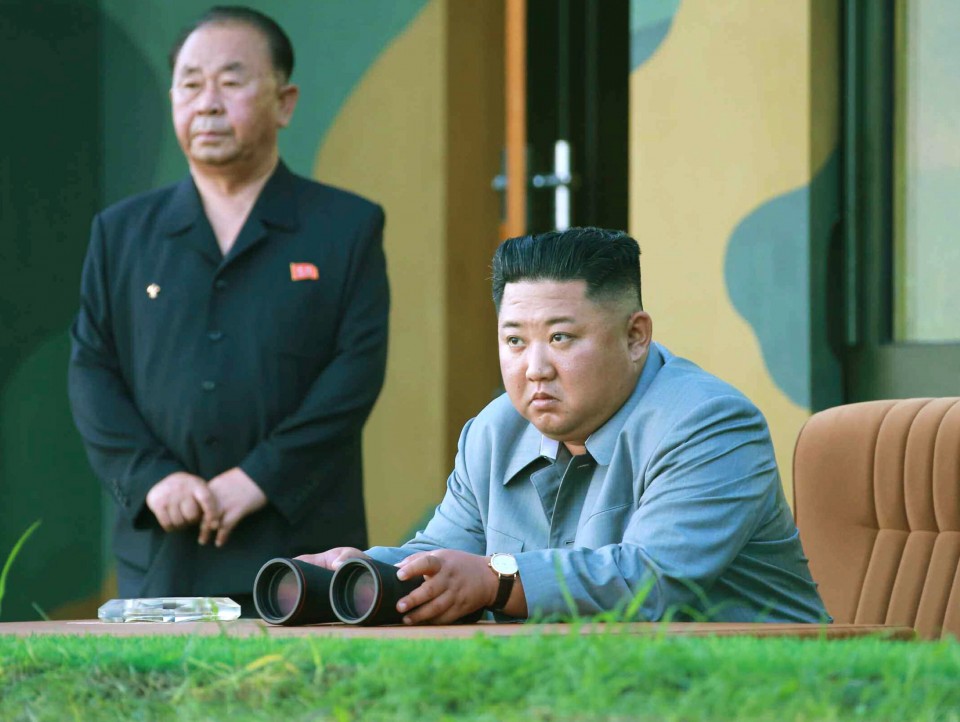 The report said the missile's specific features of the "low-altitude gliding and leaping flight orbit" would make it hard to intercept, and characterized the guided weapon system as "newly deployed for operation."

Kim said North Korea's "development and possession of such state-of-the-art weaponry system is of huge eventful significance in developing our armed forces and guaranteeing the security of the country by military force," according to KCNA.

The news agency also quoted Kim as saying, "We cannot but develop nonstop super powerful weapon systems to remove the potential and direct threats to the security of our country that exist in the south."

North Korea recently said that it may reconsider its suspension of nuclear and intercontinental ballistic missile tests if the United States and the South go ahead with joint drills as planned in August.

It has also blasted South Korea for acquiring F-35A stealth fighter jets from a U.S. manufacturer. KCNA earlier this month quoted a North Korean Foreign Ministry official as saying, "We, on our part, have no other choice but to develop and test the special armaments to completely destroy the lethal weapons reinforced in south Korea." 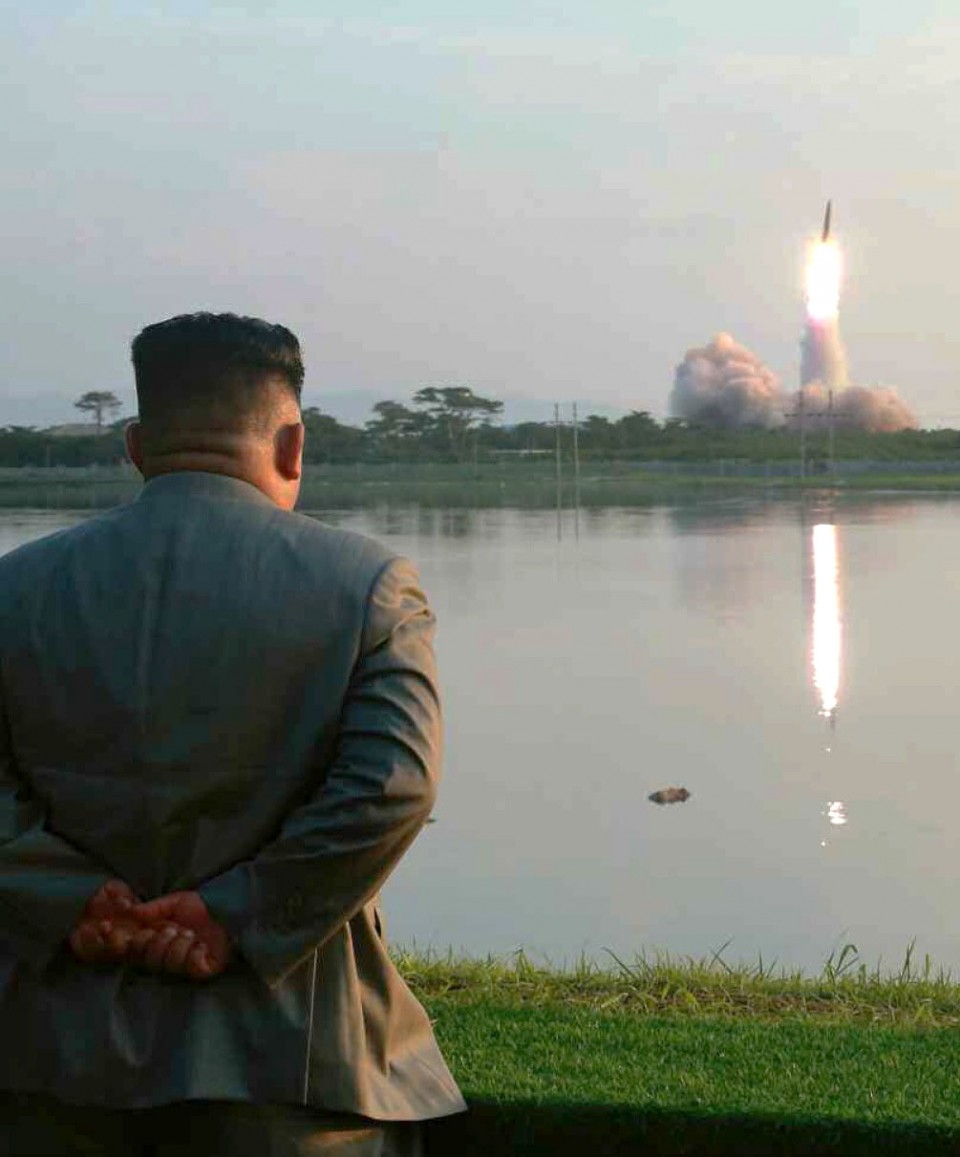 Thursday's missile launch was the first by North Korea since Kim and U.S. President Donald Trump agreed at their June 30 meeting at the inter-Korean truce village of Panmunjeom that the two nations would resume stalled denuclearization talks within weeks.

Friday's KCNA report did not refer to Trump or the United States.

Shortly after the report, Trump downplayed North Korea's latest ballistic missile launches just as he had done after a similar missile test in May.

"They haven't done nuclear testing. They really haven't tested missiles other than, you know, smaller ones," Trump said in a telephone interview with Fox News, adding that he is getting along with Kim "very well."

Secretary of State Mike Pompeo said in an interview with Bloomberg that the door remains open for diplomacy with North Korea despite Thursday's missile launches, and that he hopes working-level talks will begin as early as August.

Pompeo separately told Fox News that when Kim met Trump at Panmunjeom, he made a commitment to "avoid launching intermediate-range and long-range ballistic missiles" and said he would "put his negotiating team back in the game, that we'd have another round of negotiations."

Some foreign affairs experts, however, say that the latest missile test-firing will make it more difficult for the United States and North Korea to restart denuclearization talks soon.

Speculation had grown that North Korean Foreign Minister Ri Yong Ho and Pompeo might hold direct talks on the sidelines of this year's ASEAN Regional Forum in Bangkok on Aug. 2, but according to news reports, Ri has cancelled his attendance.

The annual regional security gathering, centered on the 10-member Association of Southeast Asian Nations, is one of the very few multilateral events attended by North Korea, which has sent its foreign minister almost every year.

The two missiles launched Thursday were likely either KN-23 or a modified version. A source within South Korea's Joint Chiefs of Staff said Friday that both flew about 600 km, retracting its initial assessment that the first one flew about 430 km and the second around 690 km.

The distance traveled by the missiles indicates they may be capable of reaching the whole of South Korea and parts of Japan.

Friday's edition of the Rodong Sinmun, the mouthpiece of the ruling Workers' Party of Korea, ran photos of a missile fired from a mobile launcher and of Kim observing the scene.