Central Japan Railway Co. showed to the press Wednesday a test run of the world's first high-speed train that can travel on an emergency battery system in cases of extended power outage.

The newly developed N700S shinkansen bullet train would be able to proceed on its own to the nearest station even when stranded in tunnels or on bridges, JR Central said.

The train, to debut in July next year, is able to carry batteries on the underside of its carriages due to the reduced size of other technology and equipment.

During the test run at a railyard in Mishima, Shizuoka Prefecture, the train traveled at a maximum speed of 30 kilometers per hour. Lights inside cars went dim and air conditioning went out while the emergency system was activated.

JR Central originally planned to manufacture a train with 16 cars. But to sell the N700S globally, the company has made it adjustable for fewer cars. 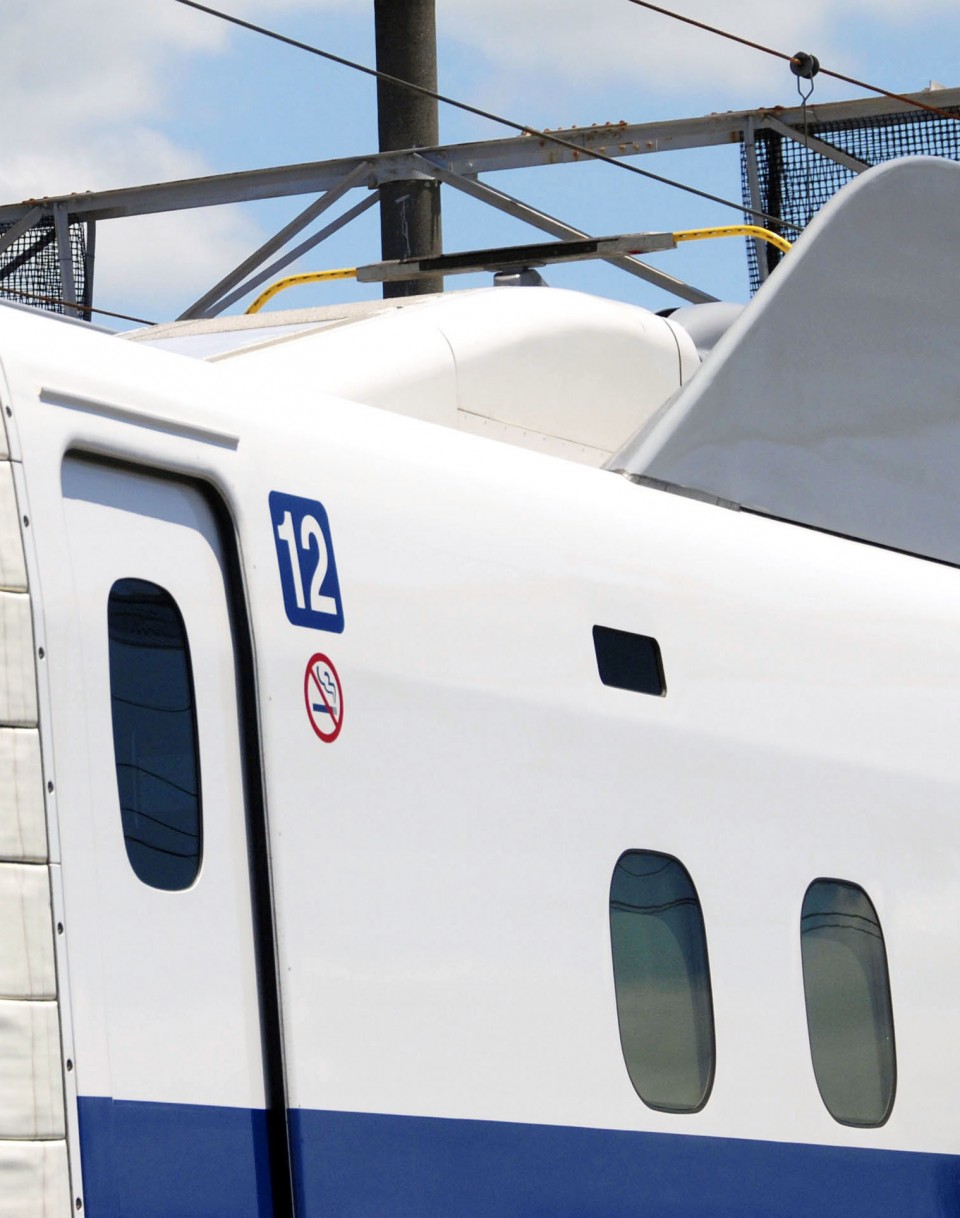