In the penultimate match of Day 9 at Dolphins Arena, No. 4 maegashira Ichinojo (6-3) directed the action in his bout against fellow Mongolian Hakuho (8-1), who had been on a 23-bout win streak. 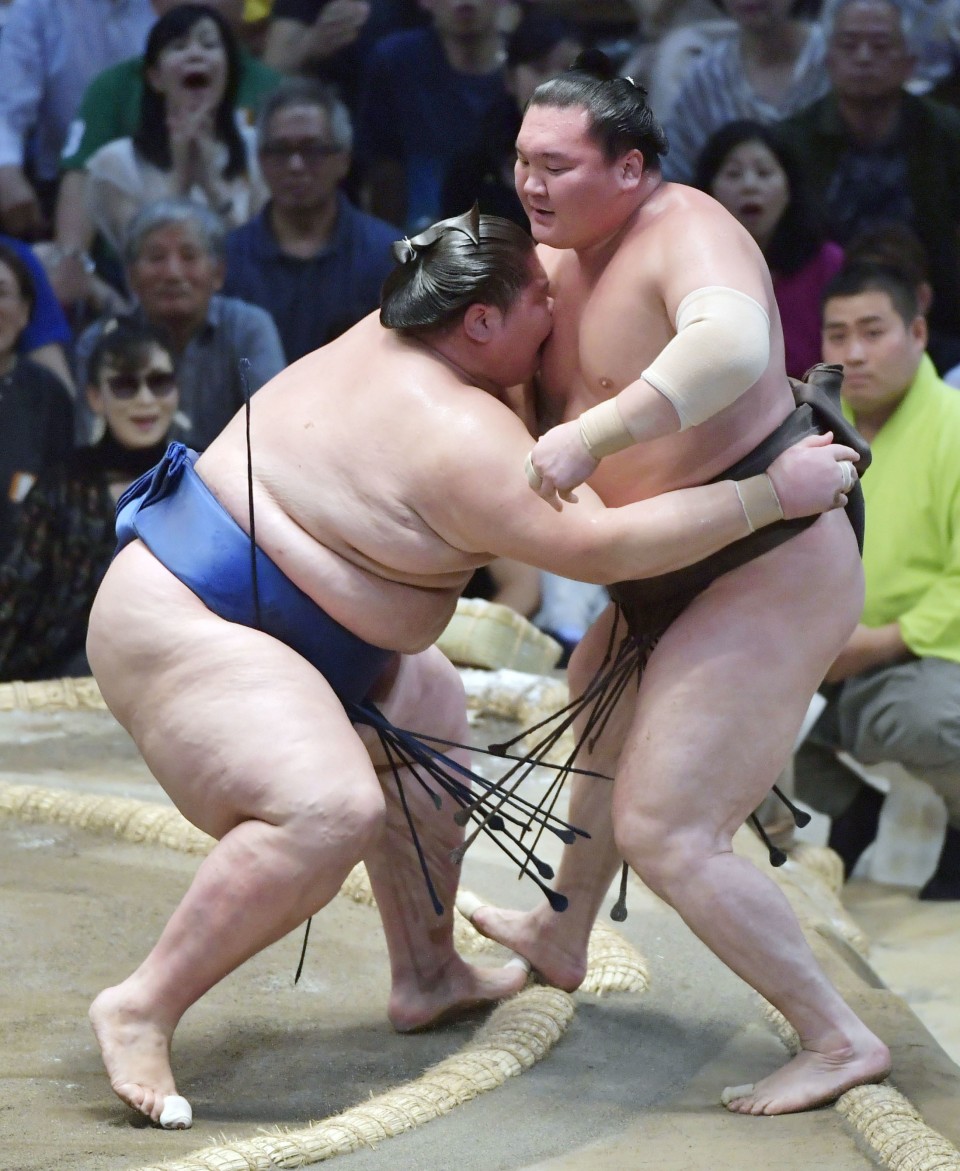 The heaviest man in the top division, Ichinojo took a belt grip and kept Hakuho upright while forcing him back, using his 69-kilogram weight advantage to drive the yokozuna over the straw.

For defeating a yokozuna as a rank-and-file wrestler, Ichinojo earned his first kimboshi prize against Hakuho and eighth overall. The maegashira will be looking to add another when he faces Kakuryu on Day 10.

Following Hakuho's loss, Kakuryu recorded his ninth straight win of the meet, beating No. 4 Meisei (2-7) in their first top-division meeting. The wrestlers locked up trying to throw each other down by the belt before Kakuryu forced Meisei out of the ring.

With the setback to his fellow yokozuna, Kakuryu is in a prime position to win his sixth makuuchi division championship.

No. 3 Shodai (5-4) supplied the first upset of the day after taking down Takayasu (7-2), the last ozeki remaining in the tournament following the injury withdrawals of Takakeisho, Tochinoshin and Goeido.

Takayasu, fighting with a heavily-wrapped left arm following an injury scare in Sunday's bout with Tamawashi, drove Shodai to the straw, but he was eventually tossed aside while showing signs of severely limited mobility. 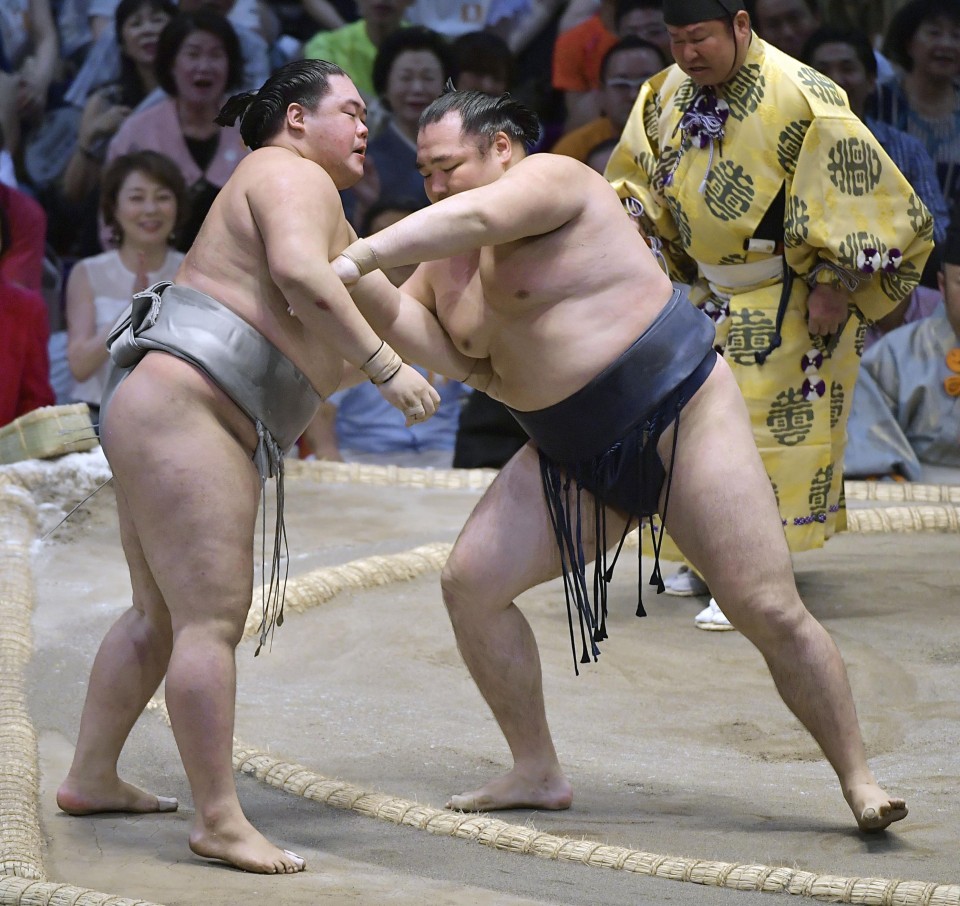 (Kakuryu keeps his spotless record to take the sole lead.)

New komusubi Abi (4-5) defeated Mitakeumi (6-3) for the first time in four top-division match-ups. Abi shifted to avoid Mitakeumi's initial charge, grabbing the sekiwake's belt and pulling him down by the neck.

Both top-ranked maegashira recorded wins on Day 9, with returning sekiwake Tamawashi facing another demotion after falling to 1-8 with a loss to No. 1 Hokutofuji (6-3).

Hokutofuji, who celebrated his sixth straight win Monday on his 27th birthday, simply stepped to the side as Tamawashi flung himself off the dohyo.

No. 1 Asanoyama (4-5) earned his second straight win against Ryuden (3-6). Asanoyama struggled to get a grip on Ryuden's belt, but was able to keep the new komusubi on the ropes for a push-out victory.

The three rank-and-file wrestlers who started the day two wins off the pace -- No. 7 Tomokaze, No. 7 Myogiryu and No. 16 Terutsuyoshi -- all picked up victories on Day 9 to stay in contention for the Emperor's Cup.