Japan Mint began producing on Thursday 500-yen ($5) and 100-yen coins stamped with the year of issue "Reiwa one," as the country marked the start of the new imperial era on May 1 following the ascension of Emperor Naruhito to the throne.

Five-hundred-yen coins, inscribed with Chinese characters reading "Reiwa Gannen" and their edges milled, were discharged from a machine capable of minting 750 coins per minute at a factory that was shown to media.

"I'm delighted to be able to start the production of a currency with the new era stamped on it," Finance Minister Taro Aso said as he pressed the start button on the minting press. The ceremony at the Osaka-based mint was also attended by the Imperial Household Agency's Vice Grand Steward Yasuhiko Nishimura. 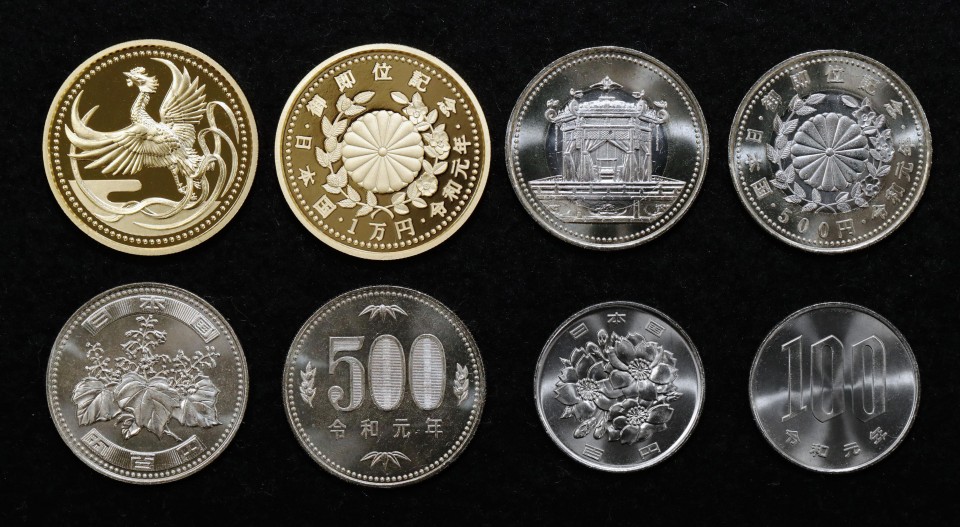 The newly minted coins are expected to be in circulation after their delivery to the Bank of Japan this month.

The production of coins in other denominations, such as 10 yen and 1 yen, will follow, with all coins inscribed with the new imperial era expected to be out around October.

Reiwa is comprised of the Chinese characters "rei," meaning order, command and auspicious, and "wa" representing harmony, peace or Japan. The government translates the era name as "beautiful harmony."

The mint also began production on Thursday of 10,000-yen and 500-yen coins commemorating the emperor's enthronement. The 10,000-yen coin, made of 20 grams of pure gold, features a phoenix symbolizing the imperial family on one side and the imperial chrysanthemum seal on the other. Priced at 140,555 yen, orders will be accepted online or through the post until July 31.

Emperor Naruhito ascended the Chrysanthemum Throne, taking over from his father Akihito who stepped down on April 30 to end his three-decade reign. It was the first abdication by a Japanese monarch in over 200 years.