Japan's first esports tournament for disabled players will be held next month in Takasaki, northwest of Tokyo, with the aim of creating a venue for possible competition with able-bodied gamers in the future.

In the Gunma E-Sports Festival on Aug. 31, four five-member teams will battle it out in multiplayer online game "League of Legends," vying for a grand prize of 1 million yen ($9,300), according to esports association of Gunma Prefecture, which is organizing the event. 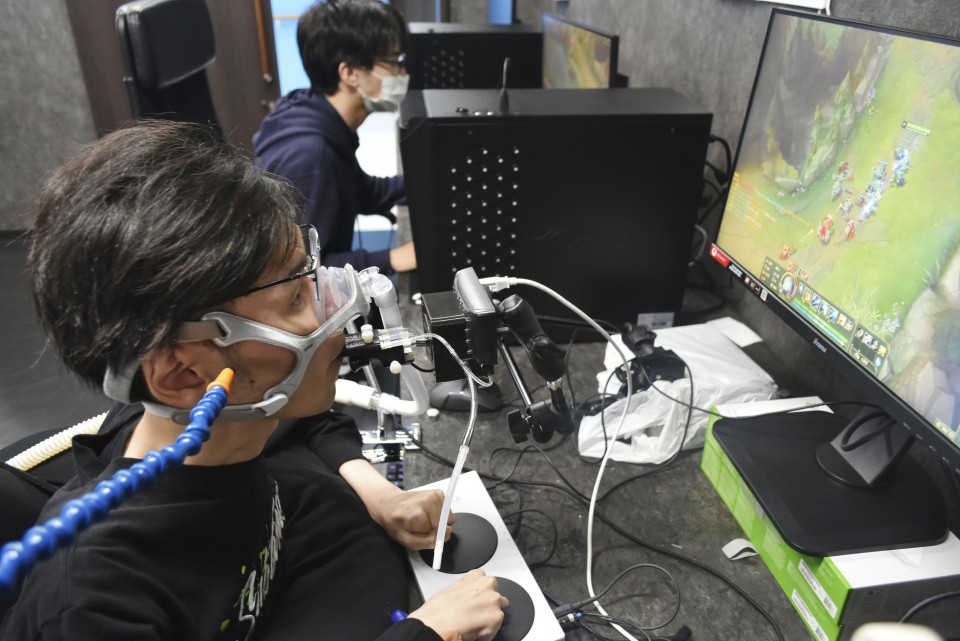 (Japanese esports player Ryuya Koshizuka, a 31-year-old muscular dystrophy patient, practices in Gunma Prefecture's Isesaki, eastern Japan, on June 10, 2019, for a gaming competition for the disabled being held on Aug. 31 in Takasaki in the same prefecture.)

In preparation for the event, Onelife Inc., a provider of support services for the disabled and founder of the association, set up a training center last November to nurture professional gamers with disabilities.

Four players are currently practicing for the tournament, using adaptive equipment specially designed for people with limited mobility that was imported by the company.

"We want to tell people who have given up on gaming due to a disability that there are opportunities for them to become professional gamers," the company said.

Ryuya Koshizuka, 31, a quadriplegic living in the city of Midori in Gunma who suffers from muscular dystrophy, plays games using an adaptive controller that he directs with his breath and mouth.

"It was hard to remember at first but now I can use it. I hope to win at the tournament," he said.

"I want to remove the wall between us and able-bodied people," the 45-year-old said.